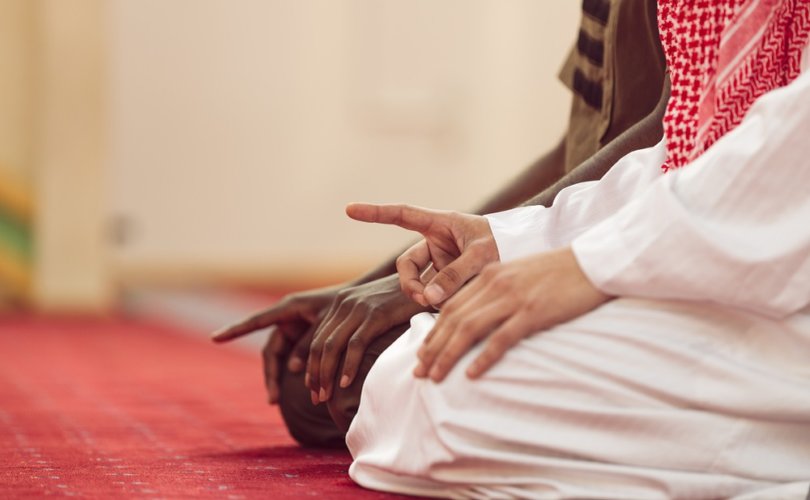 November 25, 2019 (American Thinker) — Many in the West today are grappling with how Islam has been able to get a foothold in our society. We know of Islamists' present-day means to get government officials to capitulate to their whims through lobbying and the mainstream media, presenting themselves as victims of the same Western society that has helped them. But how have they been able to acquire such political leverage? Apparently, there has been a willful lack of circumspection or foresightedness.

Back in the 1970s, the late archbishop Marcel Lefebvre said:

As long as Muslims are an insignificant minority in a Christian country, they can live on friendly terms, because they accept the laws and customs of the country that receives them. But as soon as they become numerous and organize, they become aggressive and try to impose their laws, which are hostile to [Western] civilization.

Protagonists such as Saudi Arabia and Qatar — both supposed allies of the United States and the European Union — have been able to forge or manipulate situations involving politicians and the mainstream media directing attention to military conflicts in the Middle East, such as Syria and Afghanistan, or “exclusively” focusing on the Iranian regime as the principal source of terrorism. As Ayaan Hirsi Ali explained, because of the West's obsession with terror, we have become blind to the broader threat of the dawa (Islamic proselytizing), the ideology behind the terror attacks — and what drives numerous Muslims to Islamize us. In other words, by leading us to believe that the threat of Islam is only in distant lands, Islamists have been able to conceal their ultimate weapons of Islamization: exploitation of democracy and pluralism, immigration, and the multiplication of progeny.

Since its foundation, Islam has always been transnational as it spread across the world, when the nation-state and national identity were at best inchoate and more often nonexistent. This has impelled many Muslims, regardless of their views of democracy, to utilize the democratic instruments of pluralism and freedom of expression to insert themselves into society with the goal of propagating Islam at the expense of others. The most salient example has been the election of Ilhan Omar to the House of Representatives. Notwithstanding marrying her own brother, Ahmed Nur Said Elmi, to get him a green card to the U.S., even before being sworn into Congress on a Quran, she successfully demanded that Congress reverse a 181-year ban on the wearing of any headgear on the floor of Congress. In her case, she was able to wear the hijab, a piece of religious attire, when lawmakers cannot even display a cross.

Like a Trojan horse, Islamists have been able to infiltrate, for example, the Western field of education, creating an environment of receptivity and understanding for the next generation of Americans to accept their sharia-based lifestyle. Saudi money has financed institutions alongside multitudes of other Islamic organizations across the world and within the United States. (Eighty percent of 1,200 mosques operating in the United States were built after 2003.) Qatar's equal vision for America is being peddled through our children's classrooms, targeting a pliable population with a long shelf life.

This has reciprocally occurred with the assistance of terror-linked NGOs, such as the Council for American-Islamic Relations and the Islamic Society of North America, which have bought off Washington influencers and think-tanks to have them capitulate to Islamic “needs” in our society.

Reading the collapse of Western demographics, Islamists see our century as the time to make their move if they are going to have a realistic opportunity to Islamize the West. While a key strategy has been immigration, a more effective weapon, as already indicated, has been the multiplication of progeny in opposition to the demographic collapse. As of 2017, there are about 1.8 billion Muslims in the world, according to the Pew Research Center — nearly one fourth of the world's population — making Islam the world's second largest religion after Christianity. Within the second half of this century, Muslims are expected to become the world's largest religious group. The Pew Research Center estimates that by 2070, Islam will overtake Christianity, due to a faster birth rate (2.7 children per family vs. 2.2 for Christian families).

According to some experts, a reason for the latter is that Millennials are not having or postponing having children because of financial strains. Yet those with a family income of less than $10,000 had a birth rate of almost 50 percent higher than for those with family incomes of $200,000 or higher. As Jeremy Carl, a research fellow at the Hoover Institution, explains, “[t]he lack of commitment of middle-class and wealthy Americans to having and parenting their own children goes hand in hand with our elite's casual approach to other issues — in particular, mass immigration.” The understanding that we can simply import foreigners to make up for the child-rearing job we have refused to do ourselves completely ignores the cultural, civic, and economic impacts of immigration — as well as the impacts to ourselves when we bring in foreign adults as a substitute for raising our own children. In any case, in 1970, there were one hundred thousand Muslims in America; today, there are nearly four million.

The fact that the most popular name for babies born in both Belgium and Berlin last year was Muhammad is reflective of what former Libyan dictator Col. Moammar Gaddafi stated in 2006:

We have 50 million Muslims in Europe. There are signs that Allah will grant Islam victory in Europe — without swords, without guns, without conquest — will turn it into a Muslim continent within a few decades.

Chilling words, but this had been foreseen already by Algerian then-president Houari Boumendienne. In an address to the United Nations, he stated:

Perhaps this is why President Recep Tayyip Erdoğan told his fellow Muslim Turks who are already living in Europe: “Have not just three, but five children.” Apart from the observance of polygamous marriages, the fact that Muslims for the most part do not practice abortion or artificial contraception and the increase of the child rate per family in comparison to the low birth rate in the West mean that Muslims are geared to take over. At this rate, unless Western society finally wakes up, it may be just a matter of a few generations before this happens.