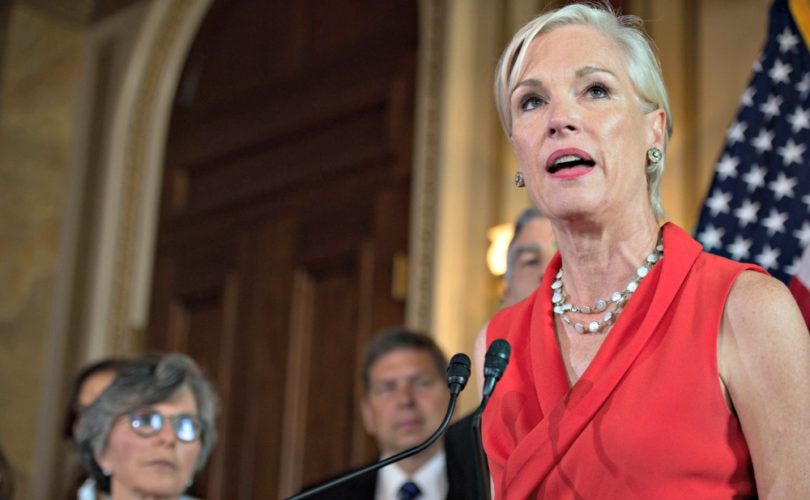 March 11, 2016 (CardinalNewmanSociety) — In covering Georgetown University’s scandalous decision to host Planned Parenthood Federation of America (PPFA) President Cecile Richards on campus next month, The Cardinal Newman Society has pointed out again and again that Planned Parenthood has killed more than 2.8 million babies since 2006 when Richards took the helm at the abortion giant — deaths Richards is responsible for as the head of Planned Parenthood.

Over at The Daily Caller last week, I pointed out that the U.K. publication the Daily Mail put together a list a few years ago of the 36 most murderous dictators of the 20th century ordered by the number of deaths tied to their rule. Obviously these men didn’t personally go out and commit all these murders, but they were ultimately in charge of those who did, so they are credited with the death tolls of their regimes.

Using the same logic, we can say that Richards is responsible for the millions of abortions committed by Planned Parenthood employees, but she is never associated with that horrific statistic when she appears on television or is quoted in the press.

Based on the list from the Daily Mail, that’s more attributed deaths than Communist Cambodian dictator Pol Pot (1.7 million) and 29 other brutal dictators. To be clear, I don’t intend and do not imply any further comparison between Richards and these dictators; their actions and their motivations vary greatly, and Richards is unique in her role as a corporate CEO who specializes in the deaths of innocent babies.

In Georgetown’s statement defending its hosting of Richards, the administration said, “Student groups may invite any outside speakers and guests to campus,” based on the University’s commitment to “the free exchange of ideas, even when those ideas may be difficult, controversial or objectionable to some.”

Georgetown does claim to have some restrictions on public speech allowed on campus, but if administrators won’t disinvite Richards, where do they draw the line? How many deaths must a person be responsible for, before Georgetown administrators become squeamish about allowing that individual free reign to influence the students in their care with a blatantly anti-Catholic ideology promoting the culture of death?

As stated in the Daily Caller post: Richards should not be allowed to speak at Georgetown or any Catholic university.

With regard to defending free speech on campus, which is legitimately under attack at many colleges across the country, I argue at the Daily Caller for consideration of the purpose of a Catholic university and a Catholic education. For the most part, America’s secular colleges are dedicated to diversity, the free exchange of ideas and to preparing students for the job market. And while there is certainly much of that at Catholic colleges, the purpose of a Catholic education is to prepare students for heaven.

When you visit a Catholic university, you shouldn’t expect the same experience as at a state university but with a few people wearing Roman collars. Ex corde Ecclesiae outlines the mission, purpose and criteria for Catholic universities: “[A]ll the basic academic activities of a Catholic University are connected with and in harmony with the evangelizing mission of the Church.” The Catholic university “is a living institutional witness to Christ and his message, so vitally important in cultures marked by secularism, or where Christ and his message are still virtually unknown.” Additionally, “Catholic teaching and discipline are to influence all university activities,” and, “Any official action or commitment of the university is to be in accord with its Catholic identity.”

Giving an open platform to someone who promotes cultural and political views that undermine Church teaching in no way furthers the Christian mission of a Catholic university, nor does it support the Catholic education the university claims to provide. Giving such a platform to a woman responsible for the deaths of more than 2.8 million innocent babies is much worse. It’s horrific.

As the Daily Caller piece points out, when it comes to fundamental moral principles of the Catholic faith and objective moral truths, Catholic universities exist for advancing a certain perspective on these questions, and they have an obligation is to protect, teach and spread those moral truths.