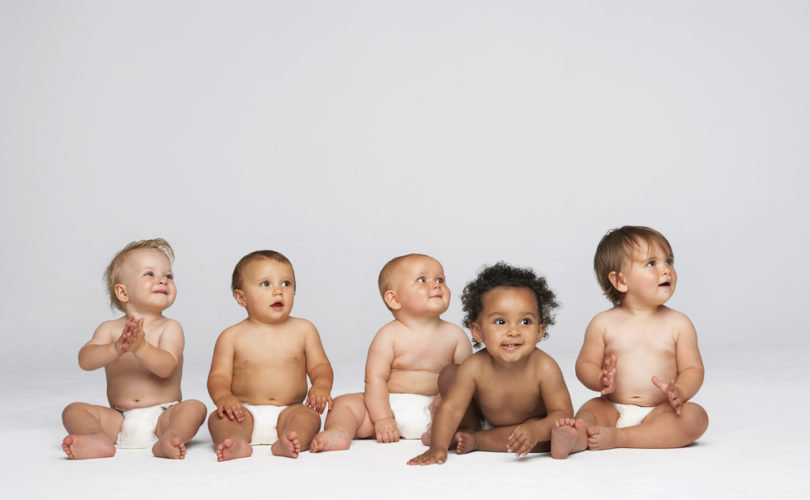 April 29, 2015 (ThePublicDiscourse.com) — The current debate over the definition of marriage is typically portrayed as a decision about whether to “expand” or “extend” marriage to include same-sex couples. This argument, however, assumes that the basic nature of marriage will remain largely unchanged by granting marriage status to same-sex partnerships. It implies that all this policy change would do is absorb same-sex partnerships within the existing boundaries of marriage, thus extending the benefits of marriage to a wider segment of society. Indeed, the very term “same-sex marriage” implies that same-sex couples in committed relationships are already a type of marriage that should be appropriately recognized and labeled as such.

This understanding is deeply flawed. It fails to recognize how defining same-sex partnerships as marriages would fundamentally change both how marriage is collectively understood and the primary social purposes for which it exists.

This essay highlights the arguments and data in the Amicus Brief that we have submitted to the Supreme Court. We concur with other scholars who have raised concerns about weakening the link between marriage and child-bearing. Redefining marriage could have a profoundly negative impact on the United States’ declining fertility rate, which is already below replacement level. This would, in turn, increase the likelihood that the United States would face the same socioeconomic problems that plague other countries with sustained, extremely low fertility rates.

The Procreative Norm of Marriage

Marriage is intrinsically and inextricably linked with procreation, and therefore can and must only occur between one man and one woman. The most basic message conveyed by the institution of marriage across virtually all societies is that where procreation occurs, this is the arrangement in which society prefers it to occur. Although sex and procreation may occur in other settings, marriage marks the boundaries of procreation that is socially commended. Although marriage benefits its adult participants in countless ways, it is “designed around procreation.” The man-woman definition conveys and reinforces that marriage is centered primarily on procreation and children, which man-woman couples are uniquely capable of producing naturally.

Redefining marriage in genderless terms breaks the critical conceptual link between marriage and procreation. It implicitly endorses an adult-centric model of marriage, ignores the inherently generative nature of heterosexual marriages, and sends a powerful message that marriage-based procreation is not a valued social priority. The actual experience of states and nations that have adopted this redefinition shows that such a change would erode the role of marriage in our society, leading to fewer marriages and fewer births.

As Professor Helen Alvaré explained, this shuffling of values deemphasizes the procreative aspects of marriage and forms the basis of the “retreat from marriage” we have already begun to see in the United States. In particular, she points to evidence that the millennial generation sees marriage as merely a “reparation, a symbolic capstone, and a personal reward, not a gateway to adult privileges and responsibilities,” such as childbearing. This is an especially alarming transformation from a demographic standpoint, because people who do not appreciate the social value of creating and rearing children are simply less likely to do so. And that view poses grave risks to a state’s ability to maintain its population.

Undoubtedly, the state also values adults’ interests in marriage, such as happiness, mutual commitment, increased stability, and social esteem. Yet a view of marriage that focuses solely on these adult-centric interests is incomplete, negates the Court’s decisions affirming the states’ interests in procreation, and poses a risk to society at large. However compelling such a definition might be, it is fatally defective if its adoption brings about conditions such that our society fails to maintain an adequate fertility rate. In short, the reasons adults may want to marry are quite different from the reasons states would want to recognize marriage.

Same-Sex Marriage is Correlated with Lowered Marriage and Fertility Rates

While there is a notable absence of scholarly investigation focusing directly on the correlation between same-sex marriage and fertility rates in the United States, some helpful data are available.

Much has been made of a 2009 study by Laura Langbein and Mark Yost, which claimed to prove there is virtually no adverse impact on social outcomes specifically related to “traditional family values” and thus no economic rationale for government to regulate or ban those choices. However, as Professor Walter Schumm points out, the Langbein and Yost study had serious limitations. Those limitations are shared by later, similar analyses of state data, such as the oft-cited “Dillender study,” which argued that there is no evidence same-sex marriage reduces the opposite-sex marriage rate.

Remarkably, neither of these studies took into account the number of years since same-sex marriage had become legal in a state, nor did they examine fertility rates. They seem to share the fallacious assumption that the impact of redefining marriage would show up in measurable and statistically meaningful ways immediately after a redefinition. Experts on marriage have frequently and correctly noted that such major social changes operate with a “cultural lag” that often requires several years—sometimes a generation or two—to be fully realized.

This is consistent with other research suggesting that the effects of same-sex marriage laws manifest themselves over time, rather than right away. Mircea Trandafir analyzed data from the Netherlands, which formally adopted same-sex marriage in 2001, but had adopted same-sex civil unions by 1998. His analysis has more statistical credibility than Langbein’s or Dillender’s because it examined the effect of a marriage redefinition over a longer period. While not exploring same-sex marriage’s impact on fertility rates, he found that it depressed opposite-sex marriage rates among young women, among urban populations, and among the native Dutch. And when marriage rates drop, fertility rates follow.

What about US States That Have Legalized Same-Sex Marriage?

The technical analysis contained in Appendix B to the Marriage Scholars Brief substantiates this correlation, using marriage rates as a predictor of fertility rates. Their analysis demonstrates a marked decrease in opposite-sex marriage rates—among the states that kept such data—in the several years immediately following the adoption of same-sex marriage, and uses data from the Netherlands study to produce an estimated impact on fertility. The logic is simple and intuitive: Fewer opposite-sex marriages means more unmarried women, which in turn means fewer children born.

As explained in their analysis, every state that has adopted same-sex marriage and kept the relevant data has seen a substantial decline in the rate of opposite-sex marriages—ranging from 5.1 percent to nearly 9 percent. Using the lower end of that range, a 5-percent reduction in long-run marriage rates in the United States, and assuming only half of that reduction would be due to marriage forgone rather than marriage delayed, those data demonstrate that an additional 1.275 million women would probably forgo marriage over the next fertility cycle (thirty years). Under conservative assumptions, this would lead to nearly two million fewer births over just one fertility cycle.

Such a significant reduction in the number of births would have a profound, continuing impact on fertility rates in the United States.

Today, the wisdom of recognizing states’ interests in procreation is more apparent than ever. In the United States, the link between marriage and procreation already has been weakened considerably in both law and culture, with negative repercussions for adults, children, and society as a whole. The harmful consequences of this diminished and adult-centered understanding of marriage will probably continue to manifest themselves in terms of declining fertility rates.

One need not look far to observe the correlation between a society’s fertility rates and its long-term ability to support a strong economy. The economic crises created from sub-replacement fertility rates over time result in a reduced demand for goods and services and an aging workforce, which results in fewer available workers to support social programs. Sub-replacement fertility occurs when a country’s Total Fertility Rate (TFR), expressed in the number of children born per one woman, drops to a rate where each successive generation will be less populous than the previous one. In developed countries, sub-replacement fertility is any rate below 2.1. Fertility is projected to be the most influential component in population trajectories over the next 100 years.

As of 2013, about 48 percent of the world population lives in nations with sub-replacement fertility. Most nations of Europe, along with Australia, Russia, and China, are included in this group. Many of these countries still have growing populations, but this growth is due to external factors, such as immigration and increased life expectancy, rather than births. Some countries have low enough or have sustained sub-replacement fertility levels over a long enough period that population decline has resulted. Importantly, population momentum can become negative if fertility rates remain under replacement level for long enough, bringing to bear significant, destabilizing economic and social issues. This is currently manifest or forecast for most of the countries of Europe and East Asia.

Several of these destabilizing effects on society are worth mentioning explicitly.

1. Increase in the dependency ratio. Sustained sub-replacement fertility leads to “top-heavy” populations, in which the number of retired citizens drawing public pensions rises in relation to the number of workers.

2. Increased government spending on health care and pensions. Retirees generally pay lower income taxes because they are not working. The combination of higher spending commitments and lower tax revenue is problematic for any government, but especially for those with existing debt issues and unfunded pension schemes.

4. Worker shortage. As a majority of a population ages into retirement, there is a dearth of productive workers.

5. Reduced capital investment. If workers place a higher percentage of income into pension funds, the amount of savings available for more productive investment is reduced, leading to lower rates of economic growth.

Faced with these prospects, many countries have rolled out new policies to encourage citizens to have more children. Such policies range from reduced support for contraception, to monthly allowances for couples with children, to paid maternal and paternal leave, as well as free or subsidized daycare. It is worth noting that, to date, every European country that has adopted same-sex marriage has also had to implement some form of pro-natalist policy. Although some of these programs may be effective, they come at a great economic cost.

The negative consequences of sustained below-replacement fertility rates are clear, and they are severe. The Supreme Court should not force states to assume the additional risk that same-sex marriage poses to fertility rates.

Jason S. Carroll is a professor in the School of Family Life at Brigham Young University and a fellow of the Wheatley Institute who has published nearly fifty peer-reviewed scholarly articles on marriage, sexuality, and family life. Walter R. Schumm is a professor of family studies at Kansas State University and a retired colonel, US Army, with over twenty-five military decorations and over 300 scholarly publications and two books, including Transition to Parenthood (Springer, 2014) with R. Nazarinia Roy and S. Britt. Reprinted with permission from The Witherspoon Institute.