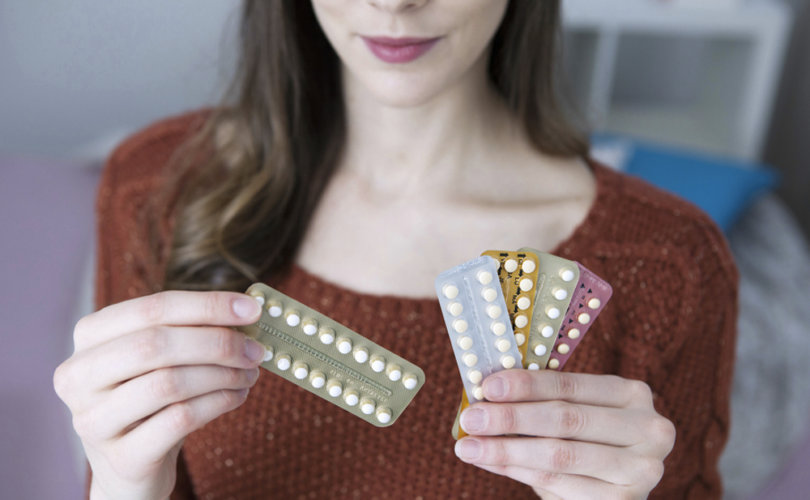 November 25, 2019 (American Thinker) — Today, largely due to government policy, doctors' offices have been transformed into a big government–controlled business, and the American Academy of Family Physicians (AAFP), the leading body for family medicine in the United States, appears to prefer it that way. As older doctors like me leave the field, young idealistic physicians bypass family medicine; they are neither interested in working for a business nor motivated by a stifling code of political correctness that fails to recognize the dignity of every human being.

Over 50 years ago, purposeful ignorance of the definition of reproductive health and basic embryology initiated family medicine's decline. Embryology teaches that after an act of sexual intercourse, sperm and egg unite in the woman's fallopian tube, and a human life is created. Seven days later, that human implants in the woman's womb, and nine months later, the mother delivers her child. Ensuring that this process works as natural law intends is reproductive health care, just as ensuring that the heart pumps blood is cardiac health care. For family physicians, however, 1965 brought with it a new discovery about the beginning of life. No longer at fertilization, doctors now declared that human life began with uterine implantation. The new beginning was based not on Nobel Prize–winning medical research, but rather on a desire to cash in on the contraceptive pill, which occasionally prevents a human life from implanting in the womb. It was more lucrative to simply lie about the beginning of human life than to explain to patients the pill's abortifacient potential. Although appearing innocuous, this unscientific declaration demonstrated that family medicine was willing to sacrifice scientific excellence and medical ethics for consumerism. It set a precedent in which select people can claim something to be a medical fact and redefine it as such without any type of scientific analysis. And finally, it began the involvement of medicine in practices purposefully designed to prevent a human organ system from working properly — the antithesis of health care.

This deception, led by physicians and amplified by governments, has led the world to believe that the reprophobic practices of contraception, abortion, and sterilization are the main elements of reproductive health care. The absurdity of this belief could best be compared to a government proposal in which physicians would prescribe alcohol as the main component of neurologic health care. Without ever entering into dialogue within the medical community about the pros and cons of enticing people to be more sexually active by unnaturally inhibiting the reproductive system, reprophobics became an essential element of health care. Although lucrative, the negative effects on the family of such treatment, including increased teen sexual activity, infidelity, and the death of family members, should be something family medicine physicians are particularly concerned about. But the AAFP is not, preferring to virtue-signal about the politically correct subject du jour while keeping the “family” in family medicine devoid of any real meaning.

So integral to family medicine has contraception become that not to prescribe it makes working as a physician difficult. Unable to afford the bureaucratic expense of private practice, I have felt required on multiple occasions to proclaim religious beliefs as an excuse for my prescribing practices, while groveling before a prospective employer. In retrospect, this was always a weak argument, as it suggested that if not for my unscientific belief in a supernatural deity, I would prescribe reprophobics day and night. In reality, it is my medical beliefs that determine how I treat my patients; God did not order me to have them. They reflect extensive study of the family and sexuality, based on the natural law and its realistic consequences, which my wife and I do our best to put into practice.

Religious belief is just another term that progressives have cleverly co-opted to devalue convictions that are consistent with orthodox Christian values. Beliefs including that life begins at conception, homosexual “marriage” is wrong, and abortion is murder are dismissed as religious. Beliefs that life begins at some other time, gender is fluid, or abortion is great are not and therefore considered of higher importance.

My medical beliefs have helped to keep my family healthy; I want the same for my patients.

Control of prescription contraceptives makes physicians big-money players in the commercial side of sexual activity. The imperfection of contraception in preventing unwanted pregnancies gives medicine another opportunity to profit, in this case through abortion procedures. The importance of these procedures in American medicine is clearly illustrated by a May 2019 joint public statement that condemns state laws limiting abortion, complaining that they “inappropriately interfere with the patient-physician relationship” and “unnecessarily regulate the evidence-based practice of medicine.” The underlying but unstated premise of the statement, promulgated by the AAFP and five other large medical associations, is that human lives are of different value, especially unborn family members. For unborn lives of higher value, the mother and child become patients, and it is (as it should be) the physician's responsibility to do his best to ensure a healthy delivery. For those of lesser value, the doctor is directed not only to walk away from the doctor-patient relationship, but, moreover, to enable child extermination.

Despite the public statement's grandiloquent description of family physicians as “informed by their years of medical education, training, experience, and the available evidence,” none of that is considered in the final decision about the value of an unborn family member. It is rather the often flawed analysis of a distraught teenage girl with a SpongeBob level of medical knowledge that leads to the life-or-death decision.

Without ever providing a rationale, AAFP directives strip the family physician of his role as true advocate for every pregnant mother and her child. Unable to defend its position on the basis of medical ethics, generally regarded as medicine's highest standard, the AAFP chooses rather to highlight abortion as evidence-based medicine. Voluminous evidence, most recently from the Planned Parenthood baby parts trafficking case, does at least support this claim, demonstrating the deadly effectiveness of this unethical and disturbing medical procedure. However, rather than interfere with the doctor-patient relationship as these organizations claim, recently passed laws mandate the establishment of such a relationship with a child whom doctors would otherwise have cruelly and unethically chosen to discard.

Since 1973, government has legalized a “religious” belief that unborn family members do not automatically deserve the right to life. At the time and continuing today, rather than stand up for the humanity of the unborn, something in which the physician has honored expertise, the AAFP produces condescending and illogical criticism of those voters who do. American medical organizations have allowed government to establish itself as a permanent intrusive member of the doctor-patient relationship and given credence to those who believe that some American lives have less value than others. Hidden behind terms like “reproductive health care,” “evidence-based medicine,” and “intrusion into the patient-doctor relationship” is our willingness as an organization to sacrifice human life for financial and political gain. When professions whose reputations are established based on Christlike ideals of helping the weakest among us attempt to prosper at the cost of the weak, failure is inevitable — except, of course, for those with lives of higher value.