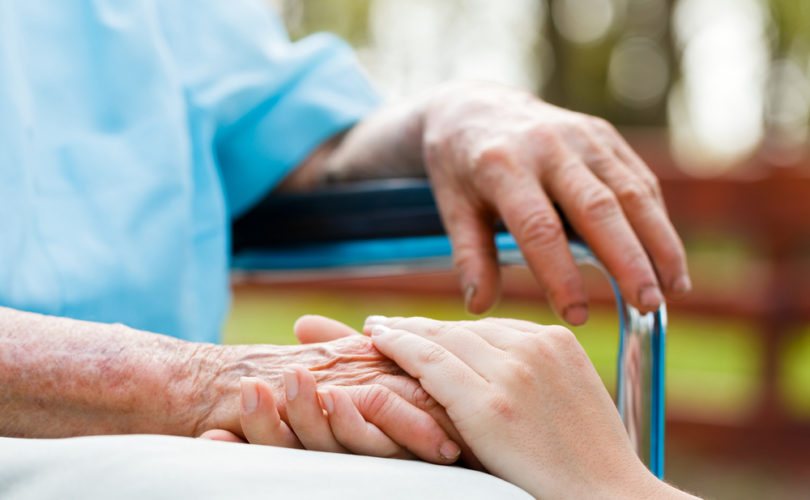 September 25, 2015 (BreakPoint) — Yesterday, Eric Metaxas told you about the recent approval of physician-assisted suicide by the California legislature. Citing the work of Rosaria Butterfield, he gave us an historical perspective on how we as a culture have arrived at this troubling moment.

Now today, I’d like to talk with you about what we can do, what we must do, to defend life to our friends and neighbors.

To start, we have to understand this: While Christians believe (or at least should believe) that all human life is sacred from conception to natural death, many of our neighbors don’t share that conviction.

But that doesn’t mean we are at an impasse. In fact, there are many reasons to oppose physician-assisted suicide even for those that don’t share our belief in the sanctity of human life. And these are the kinds of arguments we need to be ready to make, as Chuck Colson would put it, over the backyard fence with our neighbors.

A great place to start: focus in on the definition of words, especially “dignity” and “compassion.” These words are used to great effect by pro-euthanasia forces, but they’ve been redefined. “Dignity” went from meaning worthy of honor and being treated with respect to meaning little more than fully affirming one’s lifestyle choices.

And, “compassion”? Well, that one’s been really debased. The word comes from the Latin for “to suffer with.” The Greek New Testament word rendered “compassion” meant to feel something in your guts. Both captured the intense and very personal quality of true compassion.

But today, compassion has been reduced to, as Walker Percy wrote in his 1987 novel “The Thanatos Syndrome,” an abstract decency and humanitarianism which makes doctors ready to turn “their backs on the Hippocratic oath and [kill] millions of old useless people, unborn children, born malformed children, for the good of mankind.”

We already know that Percy was correct about unborn children. And the rest of Percy’s “prophecy” is on track toward fulfillment as well.

Ryan Anderson of the Heritage Foundation has written an indispensable report whose title sums it up well: “Always Care, Never Kill: How Physician-Assisted Suicide Endangers the Weak, Corrupts Medicine, Compromises the Family, and Violates Human Dignity and Equality.” In it, he shows how safeguards to minimize the risk of killing people against their will, “have proved to be inadequate and have often been watered down or eliminated over time.”

That’s exactly what happened in Belgium, which in 2014 revised its physician-assisted suicide law to cover children. As Eric Metaxas said on BreakPoint, “It requires willful blindness to believe that a child can ‘choose’ to be killed.”

And for the old? Well as Belgian law professor Étienne Montero observed, “What is presented at first as a right [to die] is going to become a kind of obligation.”

That’s because physician-assisted suicide “offers a cheap, quick fix in a world of increasingly scarce health-care resources.” Doctors, insurance providers, sadly even family members, are perversely incentivized to turn the tools of healing into techniques for killing.

Along the way, people will “view elderly or disabled family members as burdens,” and just as bad, lead the elderly and disabled to view themselves that way. And all this, in the name of “dignity” and “compassion.”

So this is what our neighbors must understand. Wherever physician-assisted suicide has reared its ugly head, “dignity” is reduced to an economic calculation, not an inherent quality that we all share. And there’s nothing “compassionate” about physician assisted suicide, either. Instead of suffering with someone, it merely insists they go away. Permanently.