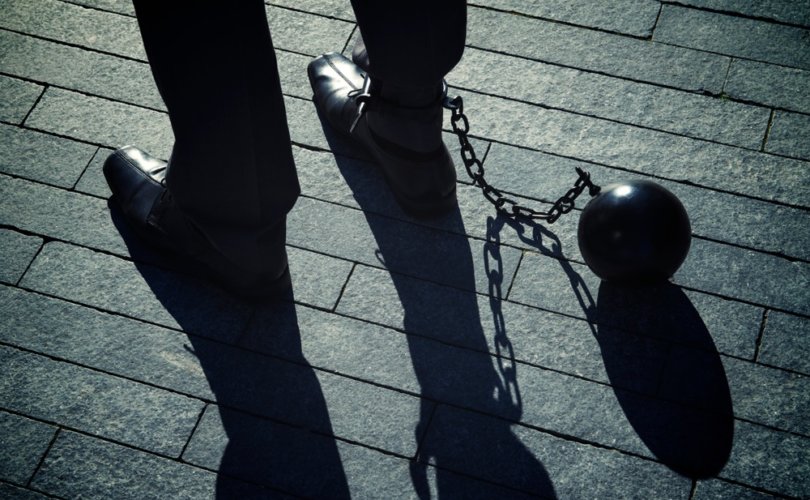 March 26, 2020 (Iowa Standard) — Governors and mayors have been issuing broad executive orders that are not well vetted and assuming broad powers to shut down businesses with little notice, ordering people to stay home, and imposing fines on violators. Most of the orders operate as if there are no Constitutional protections.

In Los Angeles County, Mayor Eric Garcetti threatened to turn off the water and power to “non-essential” services or people who violate the county’s “safer at home” order. The mayor is dispatching “ambassadors” to monitor compliance and threatening prosecution for violators.

In California, some jurisdictions are using Chinese-made drones equipped with night vision to monitor compliance with the lockdown.

In Orange County, Florida, Mayor Jerry Demings issued an emergency executive order at a 5:00 p.m. press conference before the order was even signed. Demings issued the order the same day President Trump said he wants to get America back to work by Easter. Demings’ wife was a member of the Democrat-led impeachment team against Trump.  The mayor’s press conference caused hysteria and confusion over which businesses were being ordered to close and the order was not posted on the county website for at least an hour and a half after the press conference. In reality, the order allows many exemptions, but people panicked as they heard on the radio driving home that they may not be able to work. Orange County has over 1.3 million people, and many more who work in the county, with only 50 cases of the Coronavirus, which is less than 0.000038 of one percent of the population.

Florida Governor Ron DeSantis said there is no evidence that people without symptoms can spread the virus even if they test positive. The Centers for Disease Control (CDC) website says, “It may be possible that a person can get COVID-19 by touching a surface or object that has the virus on it and then touching their own mouth, nose, or possibly their eyes, but this is not thought to be the main way the virus spreads. The virus is thought to spread mainly from person-to-person, between people who are in close contact with one another (within about 6 feet) and through respiratory droplets produced when an infected person coughs or sneezes.”

We don’t know exactly what this new future looks like, of course. But one can imagine a world in which, to get on a flight, perhaps you’ll have to be signed up to a service that tracks your movements via your phone. The airline wouldn’t be able to see where you’d gone, but it would get an alert if you’d been close to known infected people or disease hot spots. There’d be similar requirements at the entrance to large venues, government buildings, or public transport hubs. There would be temperature scanners everywhere, and your workplace might demand you wear a monitor that tracks your temperature or other vital signs. Where nightclubs ask for proof of age, in future they might ask for proof of immunity — an identity card or some kind of digital verification via your phone, showing you’ve already recovered from or been vaccinated against the latest virus strains. …

In the near term, we’ll probably find awkward compromises that allow us to retain some semblance of a social life. Maybe movie theaters will take out half their seats, meetings will be held in larger rooms with spaced-out chairs, and gyms will require you to book workouts ahead of time so they don’t get crowded.

Ultimately, however, I predict that we’ll restore the ability to socialize safely by developing more sophisticated ways to identify who is a disease risk and who isn’t, and discriminating — legally — against those who are.

We can see harbingers of this in the measures some countries are taking today. Israel is going to use the cell-phone location data with which its intelligence services track terrorists to trace people who’ve been in touch with known carriers of the virus. Singapore does exhaustive contact tracing and publishes detailed data on each known case, all but identifying people by name. …

We’ll adapt to and accept such measures, much as we’ve adapted to increasingly stringent airport security screenings in the wake of terrorist attacks. The intrusive surveillance will be considered a small price to pay for the basic freedom to be with other people.

This article is not futuristic. The same scenario is now at work in China. There people must install an app on their cell phones that have a green, yellow, and red light that controls access to places. South Korea is using similar cell phone app technology. In Lombardy, Italy, the government is using location data to monitor the virus. Israel is now using the same cell phone tracking technology used to monitor terrorists to track the virus and monitor compliance with quarantine orders. A man in Tel Aviv who walked outside in violation of the quarantine order was taken to the ground by three police in hazmat suits. The scene looked like the videos of similar arrests in China.

U.S. House Majority Whip James Clyburn (D–S.C.) told Democrat caucus members that the Coronavirus bill was “a tremendous opportunity to restructure things to fit our vision.” Even today, the $2-trillion spending bill is still being written as members of Congress are being pressured to pass it. Democrat House Speaker Nancy Pelosi and Minority Whip Church Schumer have inserted funding totally unrelated to the virus, including funding for Planned Parenthood and for research on aborted babies, requiring that any company that receives funds have a “diverse” board of directors which includes an LGBT member, as well as funding for the failed “Green New Deal.”

Rahm Emanuel, Barack Obama’s former adviser, is remembered for his infamous comment, “Never let a crisis go to waste.” That is exactly what politicians, some media, vaccine, technology, and big government advocates are doing with the Coronavirus.

Liberty Counsel Founder and Chairman Mat Staver said, “Our liberty is most vulnerable in times of crisis. We must be very careful not to sacrifice freedom for security. We will get through the Coronavirus, but in the process, we must not sacrifice our freedom. The loss of freedom that we allow today could have long-term consequences. Once lost, freedom is hard to regain,” said Staver.

Read this for more information on Americans’ rights in a state of emergency.

Published with permission from the Iowa Standard.