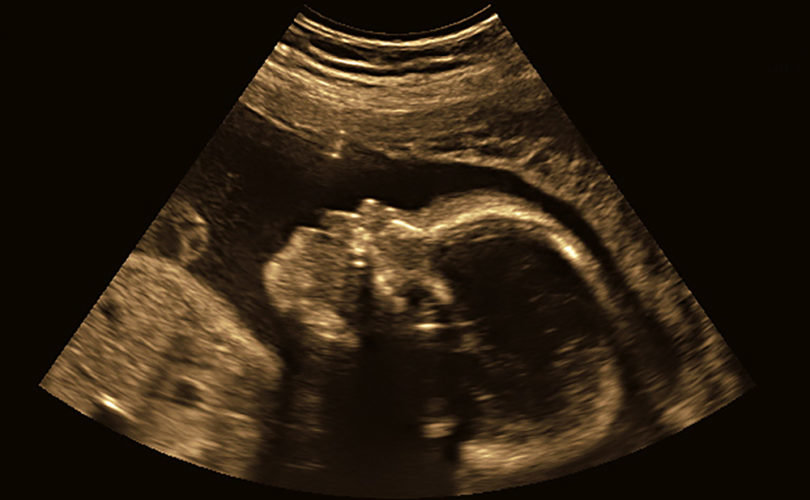 February 9, 2016 (UnmaskingChoice) — You know you work in the pro-life movement when you don’t know where the best beaches or party spots in Florida are, but you know almost every campus like the back of your hand: The coffee shops, the sandwich places, the routes most students take on their way to class. We’re back at the University of North Florida after a weekend of training in pro-life strategy and apologetics with a team of Canadian university students for our annual tour of campuses with the Genocide Awareness Project, and the week is off to a great start. The sun is out, the abortion victim photography display is set up, and the conversations are underway.

The first fellow I spoke with, who was passing out brochures from the Women’s Centre, was confused about the science of the baby in the womb. Initially, he insisted that the child wasn’t a human being, although it soon became uncomfortably obvious that he wasn’t sure what else it could be, either. It's sort of funny. Pro-choice people claim not to be sure what, exactly, the baby is before it becomes a human, even though they are quite sure it is not a penguin or a kitten. He didn’t like our pictures, either—because in his mind, they humanized non-humans.

“The reason I hate this display,” he said, “is because that”—he pointed at a picture of a bloodied 22-week old aborted baby—“is emotionally manipulative.”

“Interesting. I thought you said that it wasn’t a human yet,” I pointed out. “If it’s not a human, and just a ‘clump of cells’ as you say, how can you refer to it as ‘emotionally manipulative’?”

He stopped, and stuttered a minute. I showed him a picture of seven-week-old embryo on the front of our pamphlet. “Is it perhaps because it looks like a human being?”

“See, that’s emotionally manipulative as well,” he accused. “Just because it looks like it’s a human being doesn’t mean it is. Appearance doesn’t count for anything.”

I then asked him why he thought pictures of pre-born children and abortion victim photography might be “hard for some people to look at.” After all, if we were simply talking about the “clump of cells” or “non-entities” that he was referring to, why should anyone emotionally react? Why should anyone be bothered?

He was uncomfortable, I pointed out, simply because he instinctively knew that what he was looking at was a human being, and that other photos showed what happened when that human being was mutilated during the abortion procedure. It’s one of the reasons using photos is so effective—it’s much more difficult for someone to claim that abortion simply removes a “clump of cells” when they are looking at photographic evidence that in reality, a very small human being has been violently evicted from the womb he or she needs to continue developing.

This is the real reason that for those who support abortion, evidence is the enemy. It’s why the National Abortion Rights Action League melted down on Twitter yesterday when Doritos aired an advertisement during the Super Bowl of a baby moving about in the womb. NARAL freaked out immediately, complaining that Doritos was using an “anti-choice tactic” by “humanizing fetuses.” If you laughed out loud just now, that was an entirely appropriate reaction. Humanizing a human fetus, after all, seems like an entirely rational, scientifically accurate, and—dare I say—human reaction. NARAL, of course, has not had a human reaction to anything for decades, much like Hillary Clinton.

Abortion supporters cannot have it both ways. They cannot claim that abortion is a surgery like any other, removing a meaningless mass of tissue, and then also claim that pictures of said procedure are emotionally manipulative. After all, no one is distressed by photos of their knee replacement or root canal. And that’s because abortion is different. Abortion violently ends the life of a developing human being in the womb, the son or daughter of the woman who walked them through the door of the abortion clinic. The reason we react to photographic evidence of this is, quite simply, because we are human—and the broken humanity in the photos cries out to us for a compassionate, human response. Because if abortion has proven anything, it is not only that we have forgotten their humanity. We have also forgotten ours.