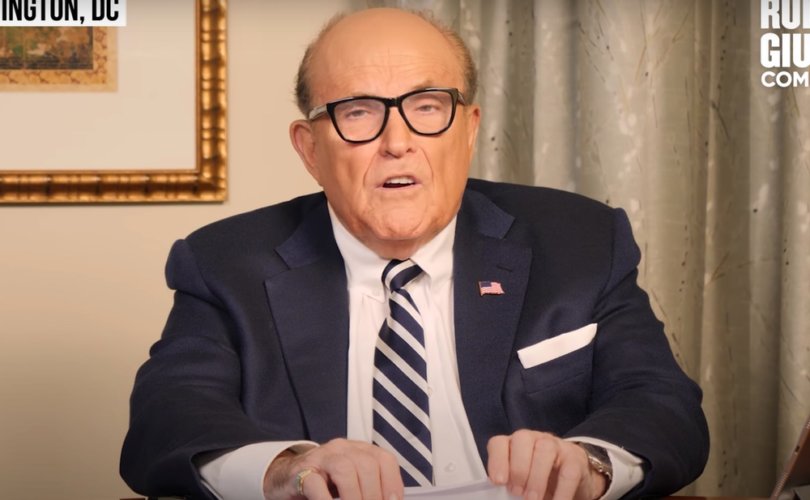 (WND News Center) – In the wake of the New York Times’ acknowledgement that the messages on the Hunter Biden laptop are authentic, establishment media are abandoning the claim that there is “no evidence” the president’s son did anything wrong while clinging to the insistence that Joe Biden is innocent.

CNN’s John Harwood, for example, now acknowledges the material on the laptop shows that Hunter was “trading on his ­father’s name to make a lot of money.” But Harwood contends there is “zero evidence that Vice President Biden, or President Biden, has done anything wrong in connection with what Hunter Biden has done.”

But if the discussion is about “evidence,” as opposed to 100% “proof,” Harwood apparently is unaware of the May 13, 2017, email spelling out the “remuneration packages” in a deal with the Communist Party-tied energy firm CEFC, setting aside 10% for the “big guy.”

The recipient of that email, business partner Tony Bobulinski, has said the “big guy” clearly is Joe Biden, with whom he met face-to-face on two occasions. Bobulinski said in an interview with Fox News host Tucker Carlson that he believed Joe Biden was vetting him for the role of CEO in a firm established by the Biden family. And Joe Biden, Bobulinski said, clearly was the head of the global enterprise.

It’s a Christmas Day 2018 message from Hunter Biden to a daughter, complaining that he doesn’t “receive any respect” after having paid for everything for this family” for “30 years.”

The president’s son then writes: “But don’t worry, unlike Pop, I won’t make you give me half your salary.”

Giuliani, in an interview Thursday with Steve Bannon on “War Room,” received the contents of the hard drive in the summer of 2020 when a representative for the owner of the shop where Hunter Biden abandoned it reached out to him after having given a copy to the FBI and seeing no progress.

See Giuliani’s remarks on the Hunter Biden investigation beginning at 8:40

As U.S. attorney for the Southern District of New York in the 1980s, Giuliani used racketeering charges to successfully prosecute members of the Mob as well as corrupt operatives on Wall Street.

He noted that in a racketeering case you have to prove ongoing criminal activity.

“I never had a piece of evidence like this,” he said, referring to the Hunter Biden Christmas Day message in comparison to evidence in cases he prosecuted.

In that message, Giuliani explained, a “co-conspirator,” Hunter Biden, is describing “the racketeering enterprise.”

In light of Hunter Biden’s role in the family enterprise, Giuliani said he places the responsibility for Hunter Biden’s acknowledged and well documented addictions, including to cocaine and prostitutes, on Joe Biden himself.

Hunter Biden has been under investigation by the U.S. attorney for Delaware since at least 2018. CBS News’ Catherine Herridge reported Wednesday the investigation, which began as a tax inquiry, expanded into a federal probe, involving the FBI and IRS. It’s now looking at tax evasion, money laundering and possible violations of foreign lobbying laws.

CNN’s Evan Perez reported Wednesday the investigation “has gained steam in recent months, with a flurry of witnesses providing testimony to federal investigators and more expected to provide interviews in the coming weeks, according to multiple sources familiar with the matter.”

At the White House on Thursday, White House Communications Director Kate Bedingfield was asked about President Biden’s view of his son’s business dealings in light of the reversal in reporting by the New York Times, the Washington Post and others.

“During the last presidential debate, then-Vice President Biden was asked if there was anything inappropriate or unethical about his son’s relationships, business dealings in China and/or Ukraine. The president said nothing was unethical. He want on to say my son has made money in terms of this thing about what you’re talk about, China. Does the White House stand by that comment that the then-vice president made?” a reporter asked.

“We absolutely stand by the president’s comment,” she replied.

Bedingfield added that she doesn’t speak for Hunter Biden, “so there’s nothing more I can say about that.”

Another reporter asked if President Biden has read the reports on his son.

“I don’t have anything additional to add on this,” she replied.