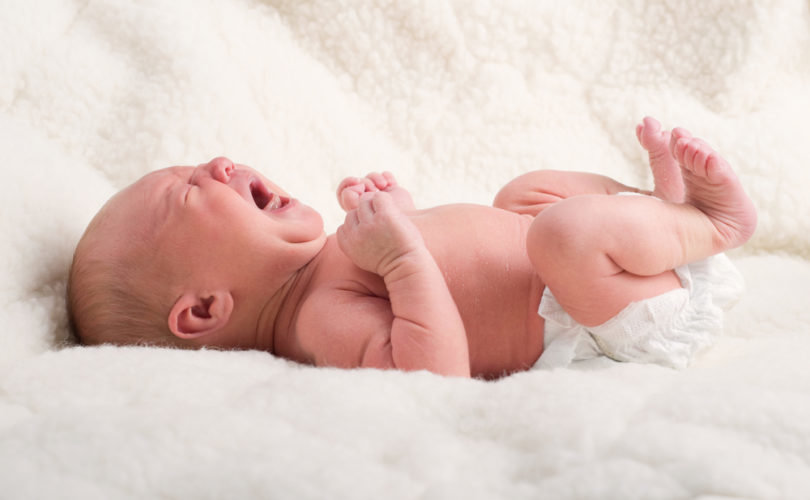 January 13, 2016 (RighttoLife) — Our society furnishes us with many examples of its inconsistent approach to the lives of unborn children. The perennial debate over the ‘upper limit’ on ‘Ground C’ abortions has raised stories of hospitals where babies at twenty-four weeks gestation have been aborted on one floor, whilst in the intensive care unit doctors will be trying to save the life of a baby at the same stage of development. Four stories in the last month however, have particularly well illustrated the schizophrenia of our society (in the colloquial and etymological sense of being ‘split-minded’, not in any sense that is purposefully pejorative of mental illness) when it comes to the destruction of fetal human beings.

The Iraqi activist group ‘Mosul Eye’ recently reported that a Saudi named Abu Said Aljazrawi, one of the ‘Judges’ of the Shar’i Board – that is, those who rule on the application of Islamic Sharia Law – of the terrorist group ISIS, has issued an ‘Oral Fatwa’ to ISIS members authorising them to “kill newborn babies with Down’s Syndrome and congenital deformities and disabled children”. Mosul Eye further reported that more than thirty-right children born with deformities and Down’s syndrome, aged between one week and three months, had already been murdered by ISIS militants either by lethal injection or suffocation.

Immediately parallels were drawn, as had been on previous occasions after similar ISIS atrocities, with Nazi Germany. From 1939, in their ‘T4’ Euthanasia programme, the Nazi regime organised the murder of at least five thousand severely mentally and physically handicapped children and young people up to sixteen years old in over thirty so-called ‘special children’s wards’. Unlike ISIS, the Nazis veiled their eugenics as ostensibly compassionate. Parental petitions asking for their disabled children to be given “mercy killings” were used as justification and to show demand in the German population. When Hitler agreed to these actions, he made the head of his personal secretariat and his own personal physician “euthanasia commissioners”. ISIS have no such sentimental pretensions.

Around half a week later, another sickening story appeared in the media that twenty-two year old Kevin Wilson had been found guilty of the crime of ‘Child Destruction’ – the killing of an unborn baby between twenty-eight weeks gestation and birth – for having killed his unborn child. He had committed this by assaulting his ex-girlfriend (whom he had tried to pressure into an ‪abortion‬), stamping on her stomach. The mother was at thirty-two weeks when the attack occurred, and the story includes her account of the acute loss she feels, still in mourning for her stillborn baby.

Soon after the reports of both these brutal atrocities, however, came two other reports that should lead us to question the consistency of our right social outcry against them.

The day after ISIS’s horrifying barbarity was printed in the British media, another story was reported of a fifteen year old girl who had been accused of killing her own baby shortly after giving birth. The Police had said that they were called to a house in Burnage, south Manchester, during the early hours of the eleventh of February last year and consequently charged the teenager (who is anonymous for legal reasons) with concealment of birth, infanticide, and manslaughter. The girl was granted unconditional bail at Manchester Youth Court, and was due to appear at Manchester Crown Court on the twenty-third of December.

Meanwhile, on the same day that the Wilson verdict was declared, another disturbing case of Child Destruction, this time by a mother at thirty-two to thirty-four weeks was accounted. Natalie Towers, a woman in County Durham, had taken contraction-inducing drugs in order to miscarry her unborn son, who consequently died of oxygen starvation. Whether or not the sentence is appropriate (the article suggests that Towers may have mental health issues), it is worth noticing the disparity between the humane approach taken to the unborn baby by the medical staff who tried desperately to save him and posthumously named him ‘Luke’, as well as the Telegraph article’s use of terms that recognise the humanity of the child – referring to “unborn son”, and “baby” three times – and the dehumanising language of the Judge, who referred in his judgement to “unborn foetuses” and inaccurately talked about her offence “extinguishing life about to begin”. This, even though he found her guilty of the destruction of a child (not a mere ‘foetus’ that is an ‘almost-life’).

All four stories have rightly brought shock and appalment to most Britons who read them. Yet they should not simply generate moral outrage, but introspection.

After all, everyone rightly condemns the unspeakable evil of ISIS, yet section 1(1)(d) of the Abortion Act 1967 allows the destruction of disabled unborn babies, including those with minor rectifiable cosmetic disabilities such as a cleft palate or a club foot. We also have a medical system that, in failing to support parents whose unborn baby is diagnosed with foetal disability, and in commonly blithely assuming that parents will want an abortion after such a diagnosis, encourages such destruction to happen. This has led to 90% of Down’s Syndrome babies being aborted every year. The informal material eugenics of our own culture can scarcely be thought of as more civilised then, than that of the evil practitioners of terror in the Middle East.

Similarly, our society is quite properly angered at the wickedness of the Manchester teenager having murdered her baby after birth, the thug who stamped his own unborn child to death, and the County Durham mother who poisoned her son in the womb. Yet since 1990, when the Abortion Act was ‘de-coupled’ from (that is, unlimited by) the Infant Life Preservation Act 1929, the law that prohibits ‘Child Destruction’, this protection does not affect abortions for foetal disability, which may take place up to birth.

If any of the three mothers in these cases had a disabled baby, or had it been judged that an abortion was “necessary to prevent grave permanent injury to [their] physical or mental health”, or that “the continuance of the pregnancy would involve risk to [their] life” greater than if the pregnancy were ended, then they would have been able to have their unborn babies killed through late-term abortions only a matter of minutes or hours before birth. The location of the baby within simply a few minutes, and the person making the ‘choice’ to end their baby’s life, is all that makes the social and legal difference between acceptance and censure.

Even though at such a late stage foeticide (as opposed to live delivery) would have been utterly unnecessary from a medical perspective, such abortions would have been perfectly legally acceptable, albeit seen as personally ‘difficult’ decisions.

All this illustrates, quite starkly, that our laws and social attitudes to abortion are grossly hypocritical and hopelessly inconsistent towards the humanity of the unborn child. This is particularly true when she possesses a disability, when a callously discriminatory approach is implemented.

The right-to-life movement has a lot of work to do in educating public opinion sufficiently, such that society recognises its own organised hypocrisy towards unborn humanity and leads the political consensus to rectify this, by affirming the dignity and rights of all human children before as well as after birth.

Reprinted with permission from Right to Life.