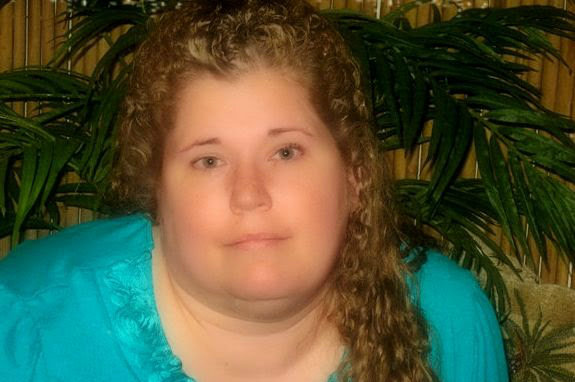 (Savethe1) – Six years ago while on a trip home to visit my parents, I had the privilege to take a four-hour drive and meet a woman who I have come to know and admire her for her selfless love, her strength, and her act of courage in the middle of adversity – my birth mother.

Growing up, I always knew I was an adopted child. My parents did not keep it a secret and they loved me no matter if I was born into the family or adopted. My parents told me growing up that when I reached the age of 18, if I wanted to search for my birth parents, they would help me do it.

For many years, I dealt with some medical issues and had a lot of questions which adoptees think about. My adoption was “closed,” but in January of 2008, I decided to get my non-ID information.

The day finally came when the packet arrived in the mail. I was nervous and excited all at the same time. I waited until my husband got home from work to open it. That evening in January of 2008, I opened the packet, and we read it together. I was amazed as to what I was reading. As I read about my birth mother having taught children who had cerebral palsy, I felt so proud of her!

The packet did not give very much information about my birth father, other than on one of the pages in big letters, where it said, “Alleged Father.” That is when I got the feeling that something bad had happened.

I wrote my birth mother an outreach statement without any names and emailed it to my caseworker. Several days went by and the days felt more like years. I continued to pray that God would work the situation out because I wanted to know who she was so I could thank her for choosing life.

The day finally came when I received a phone call from my caseworker. She said she had talked with my birth mother, and that she wanted to have contact with me! The caseworker told me that before she could give me all of the information, my birth mother wanted me to know the truth: she had been raped.

She then went to live at a home for unwed mothers, and it was there that my birth mother started her healing process. The question went through her mind: what am I to do with this baby? My birth mother had to make a decision. She had no job, no permanent place to live, was not married, and no support from family. My birth father, of course, was out of the picture. In fact, she didn’t even know my birthfather’s name.

Her aunt though had an idea: she could arrange for her to have an illegal abortion with a doctor in Michigan (this was before Roe v. Wade).

However, my birth mother knew that there was life growing inside of her womb – Life – given by God and a gift from God. My birth mother said her favorite verse is Jeremiah 29:11: “For I know the plans I have for you,” declares the Lord, “plans to prosper you and not to harm you, plans to give you hope and a future.” She did not want to disrupt the plans which God had for the tiny life who was growing inside of her. When she decided to place me for adoption, her one request to the social worker was that her baby be placed in a strong Christian home.

When I was born, my birth mother had some complications. We both remained in the hospital for a week before she went home and I was released to my foster parent’s house. God blessed my birth mother with one week to love, care for and hold the baby girl she’d named Rebecca Ann. My birth mother and I were released from the hospital on the same day, and she said she then placed me into the hands of God.

When I got in contact with my birthmother, she told me, “I have always loved you, and you were the beginning of my healing process.” She also said what a lot of people don’t realize – that the baby who is conceived out of rape becomes a strong healing force in the situation. Why? Because out of something horrific and traumatic comes a precious human being, and the Giver of Life brings healing to the one who suffered.

The day I received the information from my caseworker that my birth mother wanted to meet me, a feeling of completeness came over me, as well as a great love which I have for my birth mother.

I sent my birthmother an e-mail the night of Feb. 5th. In the morning, I checked my inbox and was excited to see that I had an e-mail from her which included a picture of her and her family. I have a half-brother and a step-sister. We exchanged further emails, and I called her and we chatted for a bit. It was a relief to know we were on the same page. She said, “Okay we need to talk about when we can meet.” My parents and my husband know me well, and that is the exact way that I would have said it! So we worked it out, and we had the day set for May 21& 22, 2008, as I was going to be home to spend some time with my parents for a vacation.

After almost 35 years, the day finally came that my mom, my dad, my husband and I got to meet my birth mother and half-brother. We met them at the hotel where we were staying, sat by the pool chatting, then went to a nice dinner. My birth mother had my half-brother pray over the food. Well, he prayed and he also thanked God for the reunion between his mom and her daughter. I about cried because of the immense joy I felt at that moment.

After dinner, we went to her house, and I got to see pictures of her when she was younger, and I looked so much like her! It was surreal. Genetics are wild.

The next day was wonderful as well, spending the afternoon with her, touring her home town, looking at more photos. She gave me a picture to keep, as well as a copy of the family lineage, which is so precious to have! I felt so blessed to spend time with her like that. I told her I felt I have met an older sister. My birth mother is someone from whom I can learn, and someone who I call my Special Friend. I couldn’t feel more blessed!

Yes, my biological great aunt wanted me to be aborted, but my birth mother chose life, and I was protected by law from an illegal abortion. God was faithful to my birth mother’s prayer: I was raised in a wonderful Christian home where faith was taught, and it was real.

God has been so very good to me, and He has blessed me beyond measure with amazing parents, a brother who also is adopted, a loving husband who I adore so very much, incredible friends and a tight-knit church family.

I was conceived in rape, but I am loved.

Sherry Hensley is pro-life speaker from Maryland – conceived in rape, saved from an illegal abortion, and a blogger for Save The 1, where this column first appeared. She’s married to a Minister and loves to share her faith and inspire others. Her website is www.thevalueoflife.net