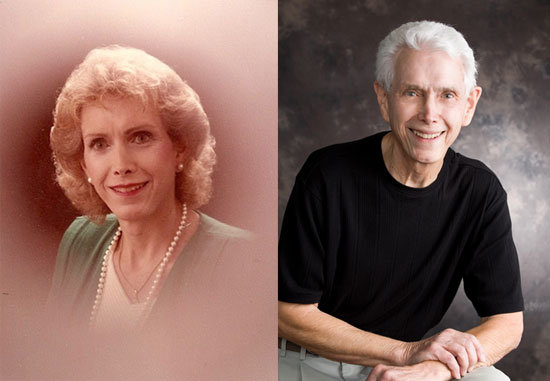 April 8, 2015 (ThePublicDiscourse.com) — It was a pivotal scene. A mom was brushing a boy’s long hair, the boy slowly turned his head to look at her. In a tentative voice, he asked, “Would you love me if I were a boy?” The mom was raising her boy to become a trans-girl.

In that split second, I was transported back to my childhood. I remembered my grandmother standing over me, guiding me, dressing me in a purple chiffon dress. The boy in that glowing documentary about parents raising transgender kids dared to voice a question I always wanted to ask. Why didn’t she love me the way I was?

I am haunted by that boy and his question. What will the trans-kids of 2015 be like sixty years from now? Documentaries and news stories only give us a snapshot in time. They are edited to romanticize and normalize the notion of changing genders and to convince us that enlightened parents should help their children realize their dreams of being the opposite gender.

I want to tell you my story. I want you to have the opportunity to see the life of a trans-kid, not in a polished television special, but across more than seven decades of life, with all of its confusion, pain, and redemption.

It wasn’t my mother but my grandmother who clothed me in a purple chiffon dress she made for me. That dress set in motion a life filled with gender dysphoria, sexual abuse, alcohol and drug abuse, and finally, an unnecessary gender reassignment surgery. My life was ripped apart by a trusted adult who enjoyed dressing me as a girl.

My mom and dad didn’t have any idea that when they dropped their son off for a weekend at Grandma’s that she was dressing their boy in girls’ clothes. Grandma told me it was our little secret. My grandmother withheld affirmations of me as a boy, but she lavished delighted praise upon me when I was dressed as a girl. Feelings of euphoria swept over me with her praise, followed later by depression and insecurity about being a boy. Her actions planted the idea in me that I was born in the wrong body. She nourished and encouraged the idea, and over time it took on a life of its own.

I became so accustomed to wearing the purple dress at Grandma’s house that, without telling her, I took it home so I could secretly wear it there too. I hid it in the back of a drawer in my dresser. When my mom found it, an explosion of yelling and screaming erupted between my mom and dad. My father was terrified his boy was not developing into a man, so he ramped up his discipline. I felt singled out because, in my view, my older brother didn’t receive the same heavy-handed punishment as I did. The unfairness hurt more than anything else.

Thankfully, my parents decided I would never be allowed to go to Grandma’s house again without them. They couldn’t know I was scared of seeing Grandma because I had exposed her secret.

My worst nightmare was realized when my dad’s much younger adopted brother, Uncle Fred, discovered the secret of the dress and began teasing me. He pulled down my pants, taunting and laughing at me. At only nine years of age, I couldn’t fight back, so I turned to eating as a way to cope with the anxiety. Fred’s teasing caused a meal of six tuna-fish sandwiches and a quart of milk to become my way of suppressing the pain.

One day Uncle Fred took me in his car on a dirt road up the hill from my house and tried to take off all my clothes. Terrified of what might happen, I escaped, ran home, and told my mom. She looked at me accusingly and said, “You’re a liar. Fred would never do that.” When my dad got home, she told him what I said, and he went to talk to Fred. But Fred shrugged it off as a tall tale, and my dad believed him instead of me. I could see no use in telling people about what Fred was doing, so I kept silent from that point on about his continuing abuse.

I went to school dressed as a boy, but in my head that purple dress lived on. I could see myself in it, standing in front of the mirror at my grandma’s house. I was small, but I participated and excelled in football, track, and other sports. My way to cope with my gender confusion was to work hard at whatever I did. I mowed lawns, delivered newspapers, and pumped gasoline. After high school graduation, I worked in an automotive shop, then took classes in drafting to qualify for a job in aerospace. After a short time, I earned a spot on the Apollo space mission project as associate design engineer. Ever eager for the next challenge, I switched to an entry-level position in the automobile industry and quickly rocketed up the corporate ladder at a major American car company. I even got married. I had it all—a promising career with unlimited potential and a great family.

But I also had a secret. After thirty-six years, I was still unable to overcome the persistent feeling I was really a woman. The seeds sown by Grandma developed deep roots. Unbeknownst to my wife, I began to act on my desire to be a woman. I was cross-dressing in public and enjoying it. I even started taking female hormones to feminize my appearance. Who knew Grandma’s wish in the mid-1940s for a granddaughter would lead to this?

Adding alcohol was like putting gasoline on a fire; drinking heightened the desire. My wife, feeling betrayed by the secrets I had been keeping from her and fed up by my out-of-control drunken binges, filed for divorce.

Life as a Woman

I sought out a prominent gender psychologist for evaluation, and he quickly assured me that I obviously suffered from gender dysphoria. A gender change, he told me, was the cure. Feeling that I had nothing to lose and thrilled that I could finally attain my lifelong dream, I underwent a surgical change at the age of forty-two. My new identity as Laura Jensen, female, was legally affirmed on my birth record, Social Security card, and driver’s license. I was now a woman in everyone’s eyes.

The gender conflict seemed to fade away, and I was generally happy for a while.

It’s hard for me to describe what happened next. The reprieve provided by surgery and life as a woman was only temporary. Hidden deep underneath the make-up and female clothing was the little boy carrying the hurts from traumatic childhood events, and he was making himself known. Being a female turned out to be only a cover-up, not healing.

I knew I wasn’t a real woman, no matter what my identification documents said. I had taken extreme steps to resolve my gender conflict, but changing genders hadn’t worked. It was obviously a masquerade. I felt I had been lied to. How in the world had I reached this point? How did I become a fake woman? I went to another gender psychologist, and she assured me that I would be fine; I just needed to give my new identity as Laura more time. I had a past, a battered and broken life that living as Laura did nothing to dismiss or resolve. Feeling lost and depressed, I drank heavily and considered suicide.

At the three-year mark of life as Laura, my excessive drinking brought me to a new low. At my lowest point, instead of committing suicide I sought help at an alcohol recovery meeting. My sponsor, a lifeline of support and accountability, mentored me in how to live life free from alcohol.

Sobriety was the first of several turning points in my transgender life.

As Laura, I entered a two-year university program to study the psychology of substance and alcohol abuse. I achieved higher grades than my classmates, many of whom had PhDs. Still, I struggled with my gender identity. It was all so puzzling. What was the point of changing genders if not to resolve the conflict? After eight years of living as a woman, I had no lasting peace. My gender confusion only seemed to worsen.

During an internship in a psychiatric hospital, I worked alongside a medical doctor on a lock-down unit. After some observation, he took me aside and told me I showed signs of having a dissociative disorder. Was he right? Had he found the key that would unlock a childhood lost? Rather than going to gender-change activist psychologists like the one who had approved me for surgery, I sought the opinions of several “regular” psychologists and psychiatrists who did not see all gender disorders as transgender. They agreed: I fit the criteria for dissociative disorder.

It was maddening. Now it was apparent that I had developed a dissociative disorder in childhood to escape the trauma of the repeated cross-dressing by my grandmother and the sexual abuse by my uncle. That should have been diagnosed and treated with psychotherapy. Instead, the gender specialist never considered my difficult childhood or even my alcoholism and saw only transgender identity. It was a quick jump to prescribe hormones and irreversible surgery. Years later, when I confronted that psychologist, he admitted that he should not have approved me for surgery.

Coming back to wholeness as a man after undergoing unnecessary gender surgery and living life legally and socially as a woman for years wasn’t going to be easy. I had to admit to myself that going to a gender specialist when I first had issues had been a big mistake. I had to live with the reality that body parts were gone. My full genitalia could not be restored—a sad consequence of using surgery to treat psychological illness. Intensive psychotherapy would be required to resolve the dissociative disorder that started as a child.

But I had a firm foundation on which to begin my journey to restoration. I was living a life free from drugs and alcohol, and I was ready to become the man I was intended to be.

At age fifty-six, I experienced something beyond my wildest dreams. I fell in love, married, and began to fully re-experience life as a man. It took over fifty years, but I was finally able to unwind all the damage that purple chiffon dress had done. Today, I’m seventy-four years old and married to my wife of eighteen years, with twenty-nine years of sober living.

Changing genders is short-term gain with long-term pain. Its consequences include early mortality, regret, mental illness, and suicide. Instead of encouraging them to undergo unnecessary and destructive surgery, let’s affirm and love our young people just the way they are.

Listen to an interview with Walt Heyer on The Van Maren Show, LifeSite's new weekly podcast. The Van Maren Show is hosted on numerous platforms, including Spotify, SoundCloud, YouTube, iTunes and Google Play. For a full listing of episodes, and to subscribe via various channels, visit our Pippa.io webpage here.