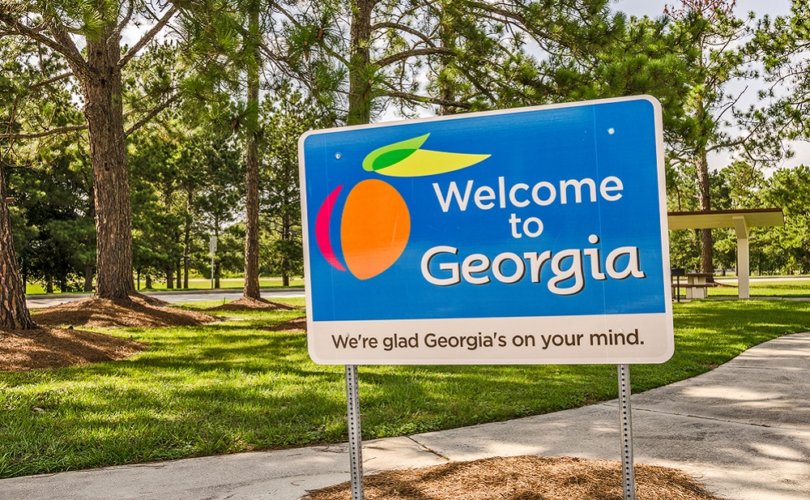 December 22, 2020 (LifeSiteNews) — The Hyde Amendment was implemented in 1977 (passed in the House of Representatives with a 312–93 vote), which meant that Medicaid would no longer pay for the abortion procedure, except in cases where the life of the mother was at risk. Since then, it has been included on every federal spending bill, its language varying slightly by expanding it to allow Medicaid to cover abortion not only if the mother’s life was in danger, but also if the pregnancy was the result of rape or incest. The Supreme Court in 1980 decided in a 5-4 ruling that the Hyde Amendment was constitutional. If the two Senate seats in Georgia go to Democrats, it will end the Hyde Amendment for the first time in 43 years.

It is important to note that in 1977, the U.S. government paid for 295,000 Medicaid abortions. In 1978, the Hyde Amendment cut federal funding for most abortions, reducing the number of abortions paid for with U.S. tax dollars to approximately 2,000 annually. “No increase in abortion deaths related to legal or illegal abortions occurred” after the Hyde Amendment was enacted, according to a U.S. government survey.

The Guttmacher Institute, an ally of Planned Parenthood, found that funding bans reduce abortions by about 25 percent. Another study based on 2000–2001 data found that women poor enough to be on Medicaid have double the abortion rate of other women in their state — and if the state Medicaid program funds elective abortions, their abortion rate doubles again.

Democrats’ effort to scuttle the Hyde Amendment goes against polls, which for many years have consistently shown that most Americans do not support forcing taxpayers to fund abortions, a practice they see as the taking of a human life. For example, a Marist Poll found that 62% of Americans oppose taxpayers’ funding abortions; this includes 65% of black Americans, 61% of Latinos, and even 45% of those who are pro-abortion. This last group may be honest enough to admit that supporting abortion as “a private decision alone between the woman and her doctor” is not consistent with publicly forcing others (taxpayers) to pay for these same abortions. They realize that they can’t have it both ways.

Maybe people who were polled answered in this way because they know that there is a right to own a gun, but the government isn’t obligated to pay for a gun for each of its citizens. There is a right to free speech, but the government is not obligated to buy each citizen a printing press. Yet those who support the claimed “right” to abortion expect the federal government to pay for the direct intentional killing of innocent, helpless, voiceless pre-born children.

The reason abortion is supported for the poor is that what is available to the rich should be available to the poor. Additionally, abortion is seen by some of the wealthy as a good thing and so should be available to the poor. The problem with this statement is that the premise is wrong. You do not help the poor by killing the children of the poor. If we were back in the 1860s, we would find that mainly the rich could afford slaves. Would those supporting abortion for the poor also want to see the poor given money so they could afford slaves? They wouldn’t because of the immorality of slavery. So, too, abortion is not helping the poor, but only trying to aid the poor to kill their own.

A woman who is poor and has an abortion at a Planned Parenthood facility leaves that building in the same situation as before she went in. She may still be a single mother, without a job or access to training, living in substandard housing, in possibly a violent crime area, with inferior school systems, a scarcity of food, and struggling to make ends meet etc. Nothing has really changed for her after her abortion, except now she has to deal the wound of taking the life of her pre-born daughter or son.

So how can those who support taxpayers funding abortions talk about giving the poor this so-called “choice” of abortion? With inadequate housing, unemployment, and all the other pressures of poverty, how can the poor possibly have much of a choice? If those who are really “pro-choice” want to help the poor, they should work toward eliminating the conditions that force the poor into poverty so they can have a real choice. In addition, the money currently going for Medicaid abortions in the small number of states does not go directly to the poor, but to doctors and facilities that make money off the deaths of children, plus the physical and psychological suffering the poor will experience from undergoing abortions.

It has been estimated that the Hyde Amendment has saved millions of lives over its existence. I would invite those Catholics and Evangelicals who voted for Joe Biden to clearly understand that this Senate election in Georgia is no longer about President Trump’s improper tweets, inappropriate words, character, legacy, or even policies. It is no longer about adding four new senators from two new locations or even about “stacking” the Supreme Court. It is rather that a “minority” voice (of at least 74 million Americans), along with any of its distinct values or different perspectives, will become silenced and irrelevant if one party succeeds in taking control of all three branches of government. No one party has all the “truth.”

If Democrats win both Senate races, it will not be President Trump or the Republicans who lose. Rather, the loser will be the additional 60,000 pre-born lives that will end by abortion. If the Hyde Amendment is repealed, then taxpayers will be forced to be enablers of abortionists, to be a part of this brutal act of killing of innocent pre-born children.