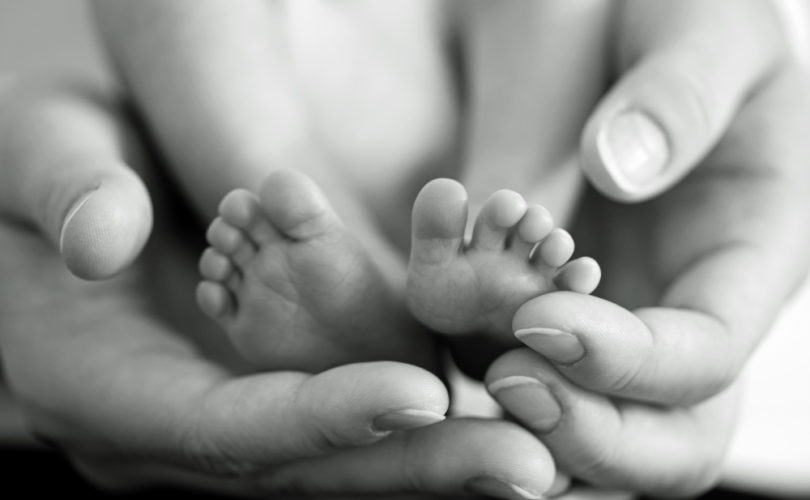 “More than 862,320 babies are aborted every year in the United States, and 38% percent of them are the children of Black women,” explained Brown. “By the sheer mathematics, one quarter of the Black infants aborted after Roe v. Wade in the mid to late 1970s would have grown up to be today’s women in their forties.”

“In a society that is growing ever more sensitive to racial inequality, it is unbelievable that the spotlight is not shining brightly on the disproportionate numbers of abortions committed on Black women,” added Brown.

“A disparate 86 percent of Planned Parenthood’s abortion facilities are located within walking distance of low income and minority communities. When you look at the facts, Planned Parenthood is clearly remaining true to the original eugenic intentions of its founder Margaret Sanger and her racist objectives of preventing Black births.”

The following information shows how a black child is 3.3 more times likely to be killed in the womb than a white child.

The most recent CDC Abortion Surveillance Report from 2019 states that:

A child conceived of a black woman has a 38.6 percent chance of being killed in the womb.

A child conceived of a white woman has a 11.7 percent chance of being killed in the womb.

With these figures, the data show that a black child is 3.3 times more likely to be killed in the womb than a white child.

And national abortion statistics from the CDC show that 38.4% of abortions are done on non-Hispanic Black mothers. Using this CDC data, we find:

“All this is happening while abortion-supporting politicians claim to be concerned about the needs of minorities,” Brown observed.

“Where are the voices speaking up for the Black lives being taken by abortion? Where are the hands reaching out to help women of color bear and rear their babies? The pro-life community is the only voice being raised in support of these voiceless children and their parents.”

“It is clear that President Biden, a vocal proponent of abortion on demand for any reason, has failed to see the obvious irony in his announcement of his intention to appoint a Black woman to the Supreme Court,” concluded Brown.

“We urge those with open eyes to take this opportunity to speak out against the genocide occurring against babies of all colors in America at the hands of abortion profiteers,” Brown said.

The American Life League has been part of the pro-life abortion debate from its inception. Since 1979, the American Life League has committed to the protection of all innocent human beings from the moment of creation to death with a pro-life integrity that stands up for every innocent human being whose life is threatened by a “culture of death.” For more information visit all.org.