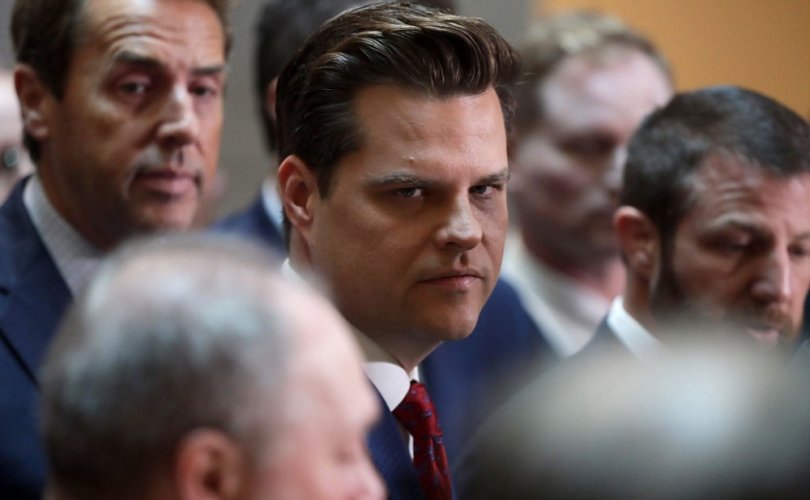 December 2, 2019 (American Thinker) — Anxiety about global warming is skyrocketing in the Western world to the point one psychiatrist says, “I believe that everyone now has some climate anxiety.” It's no wonder. Western leaders stoke the fires. On November 28, 2019, the European parliament declared a global climate emergency. Its members were responding in part to a children's crusade to save the planet. In March 2019, millions of children in over 120 countries skipped school to embark on what has become a series of “climate strikes.” Young speakers raised alarming scenarios like what would happen when people without food and water “sought sanctuary and were faced with cages and guns instead.”

“Climate crisis” and “climate emergency” are replacing the neutral-sounding “climate change.” Then there's the threatening “extreme weather,” which has become a major focus as warming has stalled over the last two decades. Climate alarmists blame rising, man-made CO2 emissions for supposedly ever more frequent and intense hurricanes, tornadoes, volcanic activity, drought, flooding, and snowstorms. (Never mind that twenty years ago, David Viner, a senior research scientist of the climatic research unit of the University of East Anglia, predicted that “children just aren't going to know what snow is.”)

Tony Heller, a contributor to realclimatechange.com, made a video showing news clips of “extreme weather” from the 1930s, when carbon dioxide levels were low. He narrated: “It was by far the hottest decade on record in the United States. The deadliest flooding in human history occurred in China in the 1930s[.] … The worst droughts in U.S. history also occurred in the 1930s. Eighty percent of the U.S. was in drought during July 85 years ago. The heat and drought led to massive dust storms. The U.S. also had some of its worst flooding on record during the 1930s. … The most intense hurricane in modern U.S. history occurred in 1935[.] … Climatologists simply omit the 1930s from their graphs.”

While the fear of global warming, which propels so many to engage in protests, is real enough, the motives of climate alarmist leaders, by their own account, are mixed. A spokesperson for the climate change activist organization Extinction Rebellion (XR) said the group makes unsubstantiated predictions of billions of deaths within just a few years because “alarmist language works.” In 1988, the former Canadian minister of the environment told editors and reporters of the Calgary Herald: “No matter if the science of global warming is all phony … climate change [provides] the greatest opportunity to bring about justice and equality in the world.” Ottmar Edenhofer, co-chair of the U.N.'s Intergovernmental Panel on Climate Change working group from 2008 to 2015, explained, “One has to free oneself from the illusion that international climate policy is environmental policy.” The Intergovernmental Panel on Climate Change (IPCC)'s latest report calls for governments around the world to take over finance, restructure entire economies, and undertake massive international wealth transfers to equalize incomes around the world. The U.N. is considering taxing financial transactions, international air travel, and fossil fuels to redistribute the wealth. Even Rep. Alexandria Ocasio-Cortez's former chief of staff, Saikat Chakrabarti, admitted that the motivation behind introducing her vaunted Green New Deal is to overhaul the “entire economy.”

For politicians, a motivation to jump on the climate alarm bandwagon is that it wins votes. Prime Minister Trudeau's campaign for a carbon tax helped him win the 2019 election. According to the National Post, the Canadian voting public overwhelmingly supported parties that supported the carbon tax, leading CBC News to declare Canada's carbon tax “the big election winner” and “the only landslide victor” in this election.

Similarly, climate alarmism is helping Democrats win elections in the United States. The Green New Deal was one of the main campaign issues of Democrats in Virginia, helping them to flip both House and Senate to Democrat control. Elissa Slotkin of Michigan attacked her Republican opponent for questioning the scientific consensus on climate change — and is now a Michigan congresswoman. While one might expect that Republicans would follow in Trump's footsteps and declare climate alarmism a hoax, unfortunately, too many Republicans, surveying the political landscape, are starting to join the alarmism bandwagon. Florida congressman Francis Rooney, citing recent polling, said, “Seventy-one percent of the people in my district say that climate change is real.” And he has written: “Among millennials, 81 percent believe the planet is warming. If we don't change our party's position soon, our voters will punish us.” Along with Democrat Dan Lipinksi of Illinois, Rooney introduced a bill to set a price on carbon emissions. Republican Congressman Matt Gaetz of Florida has advanced a “Green Real Deal” to compete with the Democrats' Green New Deal, with the idea of appealing to young people eager for action on climate change. Douglas Heye, a former communications director at the Republican National Committee, complains: “We're definitely sending a message to younger voters that we don't care about things that are very important to them. This spells certain doom in the long term if there isn't a plan to admit reality and have legislative prescriptions for it.”

These Republicans are making a huge mistake. Joining the global warming bandwagon is a losing strategy because Republicans can't out-extreme the Democrats. Joining the alarmist bandwagon only lends credibility to an issue that is helping Democrats. What Republicans should be doing is opposing Democrat climate alarmism with alarm over the economic impact of the trillions the Democrats plan to spend on influencing the climate and the negligible effect that will have on global temperature. Republicans need to raise alarm over what vast solar and wind farms are doing to the environment. Republicans need to accuse Democrats of creating panic to win elections. Republicans need to expose Democrat declarations of scientific consensus for their doomsday scenarios as false propaganda spread by a reckless media eager to sell sensational stories.

The data are overwhelming that implementing the proposals of climate alarmists — i.e., drastically cutting down or eliminating fossil fuels — will devastate Western economies. According to a recent report by the conservative American Action Forum, the Green New Deal will cost up to $93 trillion. Canada has instituted policies that severely constricted the ability of Western Canada to market its oil and gas. Eric Denhoff, a former deputy minister of Alberta wrote: “With more than 150,000 unemployed in a persistent, unbelievably long-running recession, Alberta has faced thousands of bankruptcies, a huge increase in suicides, and a tremendous loss of long-term capital investment that scares the bejesus out of the business community.” Kevin O'Leary, founder of the O'Leary financial group, said Alberta and the West “don't have their engine of growth anymore” because “Trudeau hates energy.” Canada, he notes, has been the the poorest place of all the G7 countries to invest your money over the last four years. Says O'Leary: “I feel so sorry for my country.”

The impact on individuals of dramatically driving up energy costs by mandating renewables in place of fossil fuels is dramatic. In December 2009, England passed the Climate Change Act, which mandated an 80-percent cut in six greenhouse gases by 2050. Rupert Darwall wrote: “By now, fuel poverty was to have been a thing of the past. Both the Labour and Coalition governments had a target to abolish it. Thanks to the CCA [Climate Change Act] and other anti-fossil-fuel policies, it lives on and is worsening.” A research study found that in the past 5 years approximately 17,000 people died in England as a direct result of fuel poverty and a further 36,000 deaths are attributable to conditions relating to living in a cold home. Despite the rosy economic promises from opponents of fossil fuels, the U.K. economy has become one of the worst performing economies in the world.

Climate alarmists say the cost of not implementing the Green New Deals give us no choice but to implement it. Yet using a model developed primarily with funding from the Environmental Protection Agency, climatologists estimate that eliminating all of the U.S. CO2 emissions would lower global temperatures a mere 0.11 degrees Celsius by the year 2100.

Implementing the measures proposed by climate alarmists poses other costs as well. Republicans can paint doomsday scenarios with far more genuine science to support them than those of their opponents. A study by the Carnegie Institution for Science and Stanford University showed that a solar plant that would reduce California emissions by 80% would require a land area the size of South Carolina. Oxygen-producing plants and the wildlife they support would lose their habitats. The wings of birds that fly over those areas would melt. In addition, the heat generated by solar mirrors contributes to global warming. Fabrication of solar panels produces tons of toxic waste and carcinogens. The Republican ideals of economic well being and free markets are at direct odds with the agenda of the climate alarmists. The Republicans can't out-promise the Democrats on destroying the energy industry and hold on to conservative principles at the same time.

Republicans have truth on their side. Instead of retreating and caving in to climate alarmism, conservatives have to go on offense and attack the Left for advocating economically disastrous policies that are far more likely to hurt the environment than to help.