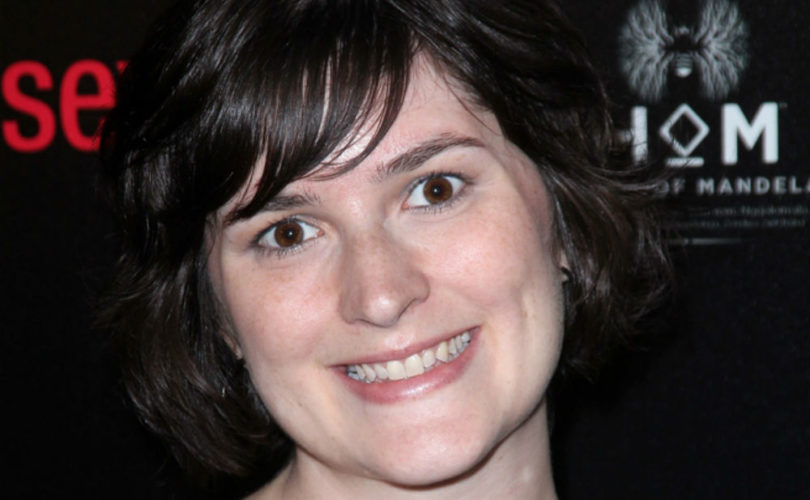 In a Washington Post op-ed published Monday, activist Sandra Fluke argues that the Supreme Court decision to allow Hobby Lobby to not offer four potentially abortion-inducing drugs and devices mandated by the Department of Health and Human Services means that potentially any company with any religious objections to any health-care treatment could win an exemption.

“Why is birth control—an uncontroversial form of care used by an astonishing number of women—different from blood transfusions and vaccines, which many individuals have religious objections to?” writes Fluke. “The fact is, it’s not.”

“This case sets a dangerous precedent,” she adds, “and can be used in the future to go far past birth control.”

But let’s look at the facts. First, these drugs and devices are not “an uncontroversial form of care.” The four drugs that the Green and Hahn families objected to can end a new human being’s life. And there’s no question that abortion and potentially abortion-inducing drugs and devices is controversial.

After all, not every company must cover every health-care treatment. The reality is they don’t, even in our post-Obamacare world. For instance, I have a rare eye condition that means I have to wear hard contacts or be resigned to very limited sight. Yet not a single insurance plan I’ve had in my various jobs has paid for a dime of those contacts – which generally cost around $110 each, hardly pocket change. As far as I know, none of my employers have had religious objections to hard contacts, but for whatever reason, they haven’t included that coverage in their insurance plans for employees.

So clearly, Americans are okay with the fact that companies make choices about what services insurance plans will and will not cover.

Hobby Lobby’s insurance plan isn’t covering four of the 20 drugs and devices included in the Obamacare mandate. Yet those drugs are hardly unaffordable: Plan B is $46.87 at Wal-Mart, and according to Planned Parenthood of St. Louis, “Over-the-counter, for women and men over 17 years old, EC [emergency contraceptives] costs $35.” Hobby Lobby won’t pay for its employees’ abortion-inducing drugs, but it’s not denying them access to those drugs.

Blood transfusions and vaccines are not available over the counter at all. That’s already a huge difference in affordability and access between them and these abortion-inducing drugs.

Admittedly, it’s true that IUDs, another device Hobby Lobby will now not cover, do have more expensive upfront costs. According to Planned Parenthood, “the cost for the medical exam, the IUD, the insertion of the IUD, and follow-up visits to your health care provider can range from $500 to $1,000,” but “that cost pays for protection that can last from 5 to 12 years.” But keep in mind that paying for the cheapest type of birth control is about $9 a month, or, over 12 years, around $1300. And up until Obamacare, no company was mandated by the federal government (although some states did mandate the coverage) to cover birth control costs at all – and yet women managed to cover those costs.

But the most important factor here is that the Court’s decision Monday doesn’t provide a blanket or automatic protection for religious employers to do whatever they want in the name of religion.

As the majority opinion in the Hobby Lobby case clearly explains: “This decision concerns only the contraceptive mandate and should not be understood to hold that all insurance-coverage mandates, e.g., for vaccinations or blood transfusions, must necessarily fall if they conflict with an employer’s religious beliefs.”

The Religious Freedom Restoration Act, a law passed in 1993 to protect religious liberties and cited by the Supreme Court’s majority opinion, does not determine the outcome of any particular case. Other claims for religious exemptions by closely held family businesses from other laws will have to be litigated on a case-by-case basis. RFRA doesn’t provide a blank check for religious believers to do whatever they want in the name of religion and neither does yesterday’s decision.

Fluke has hit on a great way to scare people, by arguing that Hobby Lobby’s ability to not provide abortion-inducing drugs is the beginning of a slippery slope where we all have to pay for other medical treatments completely out of pocket. But in reality that’s about as likely as well … a President Fluke in 2020.

Reprinted with permission from the Daily Signal.