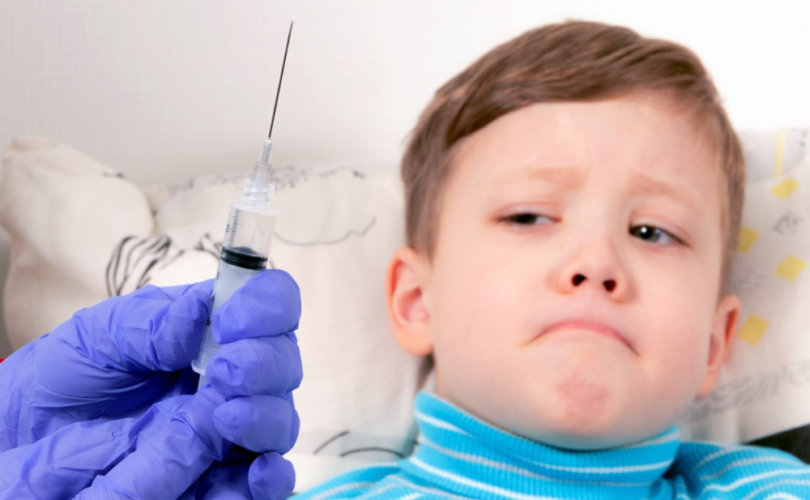 (Children’s Health Defense) – Just in time for the end-of-year holidays, Centers for Disease Control and Prevention (CDC) officials and their bought media agents trotted out a new round of Gothic horror stories about a purported COVID “variant.”

Their apparent hope is that the synchronized hullabaloo about “variants” will distract the public from the true nightmare that is unfolding: a record-setting uptick in all-cause mortality that jives suspiciously not only with the timing of the COVID vaccination rollout but with the top adverse events — heart failure, heart disease, circulatory conditions and strokes — associated with the experimental COVID shots.

Media reports acknowledge the rising tide of “extra non-COVID deaths” and “seriously ill people” swarming emergency departments, even stating that patients are “showing up much sicker than [Er staff have] ever seen” and are younger than expected.

However, while admitting patients’ unusual symptoms — abdominal pain, blood clots, heart conditions and tingling of extremities — are not COVID-related, health officials assert “no one knows why” they are occurring.

For others, the explanation is obvious. “These are precisely the ailments one would expect to see,” said Mike Whitney of The Unz Review, “if one had just injected millions of people with a clot-generating biologic that triggers a violent immune response that attacks the inner lining of the blood vessels inflicting severe damage to the body’s critical infrastructure.”

At the time, Whelan was already deeply concerned about the risk of “long-lasting or even permanent damage to [the] brain or heart microvasculature” from clotting and inflammation induced by the spike protein-based vaccines.

By July 2021, Canadian physician Dr. Charles Hoffe was in complete agreement. Hoffe’s experience with COVID-vaccinated patients indicated that not only is “widespread microscopic blood clotting” a virtually “inevitable” outcome of the mRNA vaccines, but “the worst,” in all likelihood, “is yet to come.”

South African physician Dr. Shankara Chetty recently termed the vaccines’ synthetic spike protein “one of the most contrived poisons that man has ever made.”

Many experts are worried about the alarming heart and other atypical health problems that are surging worldwide in younger age groups, and notably in the U.K. and U.S.

British physician Dr. Clare Craig told the press in late November, “the excess deaths we’re seeing are circulatory deaths — they’re strokes and they’re heart attacks — and they’re much more in the young than in the older age groups.”

Craig has also observed, “something very abnormal is happening this year among 15- to 19-year-old males.”

A report in LifeSiteNews spelled out the situation more explicitly: “It’s the young who are bearing the brunt of vaccine injury.”

Younger American teens began reporting “terrifying” heart problems and other injuries almost immediately after pharma-beholden FDA and CDC extended emergency use of Pfizer’s COVID vaccine to adolescents aged 12 to 15 this past May.

U.K. reports have also noted the “sudden jump in calls requesting an ambulance due to cardiac arrest or unconsciousness” following the COVID vaccine rollout to younger adults and people under age 18.

As of Nov. 12, the Vaccine Adverse Event Reporting System (VAERS) had received more than 25,000 reports of injuries or deaths following COVID vaccination of 12- to 17-year-olds.

Dozens of news reports have documented sudden collapses and fatal heart attacks in this age group.

Analyses of VAERS data by Drs. Jessica Rose and Peter McCullough indicate that within eight weeks of the vaccine rollout to 12- to 15-year-olds, younger teens were experiencing 19 times the number of myocarditis (heart muscle inflammation) cases that one would expect given the pre-COVID “background rate” of myocarditis for that age group.

Further analyses of VAERS data by Steve Kirsch (founder of the COVID-19 Early Treatment Fund) determined that COVID-vaccinated teenage boys (ages 16–17) might be exhibiting myocarditis rates elevated by as much as 1,000 times.

But COVID vaccination is also disproportionately affecting young adults in their 20s and 30s. Among 18- to 39-year-olds, 57% to 61% are reported to be fully vaccinated — significantly less than the 85% to 89% of fully vaccinated Americans age 65 and up.

The World Health Organization’s adverse event database shows that two-fifths (41%) of reported injuries have been in those 44 or younger.

While Rose’s and McCullough’s conclusion – that cardiac risks following COVID vaccination are “markedly higher … than for other known vaccines” – may well be accurate, cardiac complications from vaccination are not new.

In fact, sudden cardiac deaths in the young began climbing noticeably in the early to mid-2000s — around the same time the CDC was piling new vaccines onto the pediatric schedule.

Although those changes, and other factors such as children’s vastly increased exposure to wireless radiation over the same time period, make it challenging to ascertain what the “background rate” of childhood heart problems truly is, it is a safe bet that the incidence of cardiac issues in the young would be lower without toxic vaccine exposures.

Untroubled by the scientific indecency of their May decision for adolescents, or by the explosive safety signals emerging from VAERS and other vaccine surveillance databases, FDA and CDC chose to expand Pfizer’s emergency authorization to 5- to 11-year-olds in early November, with the European Union rapidly following suit.

The press and the medical community are now attempting to normalize strokes and heart attacks in young children, teens and athletes. In fact, rather than note that many of the healthy young athletes who have been collapsing — and, in some instances, dying — during 2021 sporting events had recently received experimental COVID shots, mainstream researchers are doubling down on the claim that “getting vaccinated is probably the No. 1 thing [for young athletes] to think about.”

Meanwhile, an estimated 10% of 5- to 11-year-olds in the U.S. have received at least one COVID vaccine dose. All too sadly and predictably, VAERS reports are flowing in for that age group — 444 between Nov. 1 and 12, and another 1,426 reports received pre-November, the result of “product administered to patient of inappropriate age.”

As LifeSiteNews gloomily speculated in early November, “it’s hard not to envision … rashes of VAERS reports, case studies and news accounts about little ones — five, six, and seven years old — suddenly having heart attacks on playgrounds, and dropping with brain bleeds and thromboses.”

On the other hand, 90% of children in the younger age group ominously targeted by public health officials remain unvaccinated for now, and news accounts suggest the numbers could remain low.

The Unz Review’s Whitney suggested, “pandemic managers and their billionaire backers [would] love to see the impending mountain of carnage blamed on the waning virus instead of on their own poison-death shot.”

Fortunately, astute observers and children’s health champions are working to head off this worn-out party trick, helping the public keep its eye on the real dangers of injection instead of invented “variants” and “cases.”