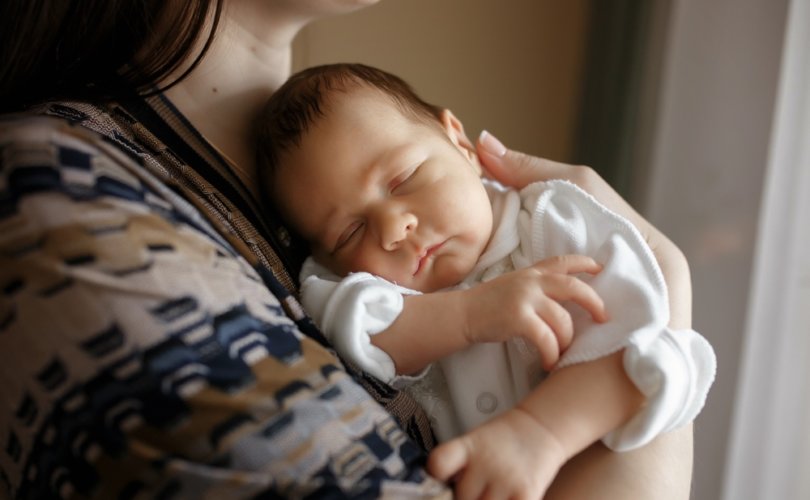 WASHINGTON, D.C., February 11, 2019 (LifeSiteNews) – I just left the House floor where, for the fourth straight legislative day, House Democrats blocked a vote on a bill that would protect babies who survive abortions from being murdered. I just asked for “unanimous consent” to bring Rep. Ann Wagner’s (R-MO) Born Alive Abortion Survivors Protection Act to the House floor for a vote. Democratic leaders, supporting the abortion industry agenda, refused to even consider the legislation, fearing the thought of allowing their members to vote their conscience and what they know to be morally straight.

In the wake of Virginia Governor Ralph Northam’s comments endorsing infanticide and abhorrent legislation in Virginia and New York that lifts essentially all limits on abortion, my GOP colleagues are making it clear that we stand firmly with both the born and the unborn, protecting the fundamental right to life. Though not news to many, Governor Northam laid bare the startling and sickening reality of the pro-abortion lobby – they want abortion on-demand, in the last moments of pregnancy, and even after birth.

Though they refuse to go on the record and vote on the Born Alive Abortion Survivors Protection Act, the new House majority has already showed where it stands on these atrocities.

Last Congress, the Republican majority boldly led the way in protecting life, passing a permanent ban on taxpayer-funded abortions, preventing abortions after the child can feel pain in the womb, and supporting the Trump Administration as they protected life around the world.

But our new Congress – comprised of the most pro-abortion majority in history and led by Nancy Pelosi – wants to deny the rights of children and the unborn. On day one, the new Democratic majority passed a bill to force taxpayer dollars to fund abortions in foreign countries. Their legislation would also have given $37.5 million to the United Nations Population Fund, which supports wide-scale, coercive abortions, involuntary sterilization, and unjust eugenic programs around the world.

Even further, a number of House Democrats joined with abortion giants to push for the repeal of the Hyde Amendment – a move that would force every American to pay for abortions. These positions are radical and out of touch with what we know to be true and right as Americans.

Now, it is imperative that we talk about the importance of life and what it means to conservatives. Two events in the early part of the year remind us why it’s important to fight for life.

The first is Martin Luther King, Jr. Day. Dr. King understood that to “sacrifice the future of his children for immediate personal comfort” was a recipe for failure. He also professed the value and hope of every single human life. The second is the March for Life. Every year, since the 1973 Roe v. Wade ruling, pro-life advocates have flooded our nation’s capital to boldly speak for those who can’t speak for themselves. They march to remember the more than 58 million unborn children who have had their futures stolen by abortion.

Both events were just a few weeks ago. Each was a celebration of life, justice, and human potential. But, as my friend Benjamin Watson put it, in the middle of these events, we saw a “sad and evil day.” Mr. Watson recently retired from the NFL and spoke last year at a Historically Black College and University Conference I hosted with Senator Tim Scott (R-SC). His conviction to speak up on issues of faith and life makes him a bold example for all of us. Last week, he said, “it is a sad and evil day when the murder of our most innocent and vulnerable is celebrated with such overwhelming exuberance.” He was responding to the image of cheers in the legislative chamber to celebrate a new law in New York.

The law allows for abortion up to birth – practically without limits. It authorizes the legal murder of a fully viable human baby. This is what was being celebrated. This was why the Freedom Tower was lit bright pink.

New York already faces a cataclysm. In New York City, more than 500 abortions are performed for every 1,000 births. The numbers are even more staggering for African-American babies – more of whom are aborted than born.

This is the greatest injustice of our time.

I support federalism and the idea that New York can make its own laws for New York. My question is not a legal one, but a moral one. How long will our American society allow this? Can we expect the new House Democratic majority to continue down this path?

To revive the American Dream, we must reclaim America’s soul. That means standing with the majority of the American people to reject federal funding of abortion. That means putting the life and health of women ahead of the desires of abortion giants like Planned Parenthood. That means valuing every single human life and the potential he or she has – both 20 weeks before birth and 20 weeks after.

This is what House Republicans are dedicated to doing. We are dedicated to the value of all human life. We will not stop fighting. For those of you fighting on this issue, there’s no more noble cause than to fight for those who are defenseless. For these children who have no voice, never stop raising yours.

Tomorrow, and as long as it takes, we will continue to ask the Democratic House leadership to bring the Born Alive Abortion Survivors Protection Act to the floor. They will have another opportunity to save babies from murder during their most vulnerable moments. The question is whether they will continue to silence their members and the voice of the unborn, or if they will allow the House Democratic rank-and-file to speak for themselves and the majority of the country.