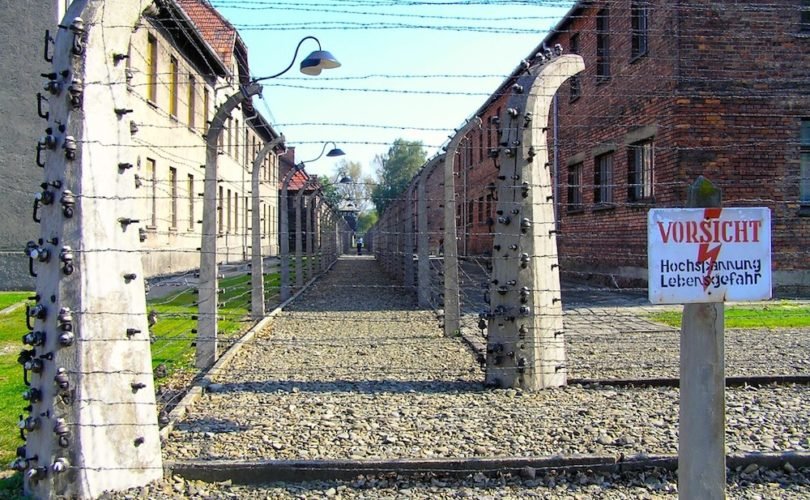 Imagine the outrage if the Nazis had used online crowdsourcing to pay for the instruments and equipment used to eradicate Jews, gypsies, the handicapped, and other population groups — labeled “undesirable” — in their large industrialized World War II extermination facilities.

Imagine if they posted a plea online stating: “We need to raise $85,000 to buy Zyklon B gas, to maintain the gas chambers, and to provide a full range of services to complete the ‘final solution.’”

People would be more than outraged. They would be sickened, disgusted, horrified. Humanitarian organizations would fly into high gear to do everything in their power to stop what everyone would agree was madness. Governments would issue the strongest condemnations.

Civilized persons would agree: No class of persons should ever be targeted for extermination, no matter what the reason. Everyone would tear the euphemistic language of “final solution” to shreds, knowing that it really means the hideous crime of annihilating a class of people through clinical, efficient, and state-approved methods of destruction.

But crowdsourcing to pay for the instruments and equipment to exterminate human beings is exactly what one group in New Brunswick is doing.

Reproductive Justice NB has just finished raising more than $100,000 to lease the Morgentaler abortion facility in Fredericton, NB, which is about to close over finances. They’re now asking the public for “support and enthusiasm” to move forward with what they call “phase 2” of their goal.

“For a further $85,000 we can potentially buy all the equipment currently located at the clinic; equipment that is required to provide a full range of reproductive health services,” the group states on its Facebook page.

But what are the instruments and equipment used in a surgical abortion to destroy the pre-born child? It depends how old the child is.

A Manual Vacuum Aspiration abortion uses a syringe-like instrument that creates suction to break apart and suck the baby up. It’s used to abort a child from 6 weeks to 12 weeks of age. Abortionist Martin Haskell has said the baby’s heart is often still beating as it’s sucked down the tube into the collection jar.

For older babies up to 16 weeks there is the Dilation and Curettage (D&C) abortion method. A Uterine Currette has one sharp side for cutting the pre-born child into pieces. The other side is used to scrape the uterus to remove the placenta. The baby’s remains are often removed by a vacuum.

For babies past 16 weeks there is the Dilation and Evacuation (D&E) abortion method, which uses forceps to crush, grasp, and pull the baby’s body apart before extraction. If the baby’s head is too large, it must be crushed before it can be removed.

For babies past 20 weeks, there is the Dilation and Extraction (D&X) abortion method. Guided by ultrasound, the abortionist uses forceps to partially deliver the baby until his or her head becomes visible. With the head often too big to pass through the cervix, the abortionist punctures the skull, sucks out the brains to collapse the skull, and delivers the dead baby.

Other equipment employed to kill the pre-born would include chemicals such as Methotrexate, Misoprostol, and saline injections. Standard office equipment would include such items as a gynecologist chair, oxygen equipment, and a heart monitor.

“It’s a bargain we don’t want to miss but we need your help,” writes the abortion group.

People should be absolutely outraged that a group is raising funds to purchase the instruments of death used to destroy a class of people called the pre-born. Citizens and human rights activists should be demanding the organizers be brought to justice. Politicians should be issuing condemnations with the most hard-hitting language.

Everyone should be tearing to shreds the euphemistic language of “reproductive health services,” knowing that it in part stands for the hideous crime of annihilating a class of people through clinical, efficient, and state-approved methods of destruction that include dismemberment, decapitation, and disembowelment.

There’s a saying about people not being able to perceive the error of their day. This was generally true of many in Hitler’s Germany who uncritically subscribed to his eugenics-driven ideology in which certain people were viewed as sub-human. And it’s generally true of many in Canada today who uncritically subscribe to the ideology of ‘choice’ in which the pre-born are viewed as sub-human.

It’s time for all of us to wake-up and see the youngest members of the human family are being brutally exterminated by abortion. They need our help. We must stand up for them and end this injustice.