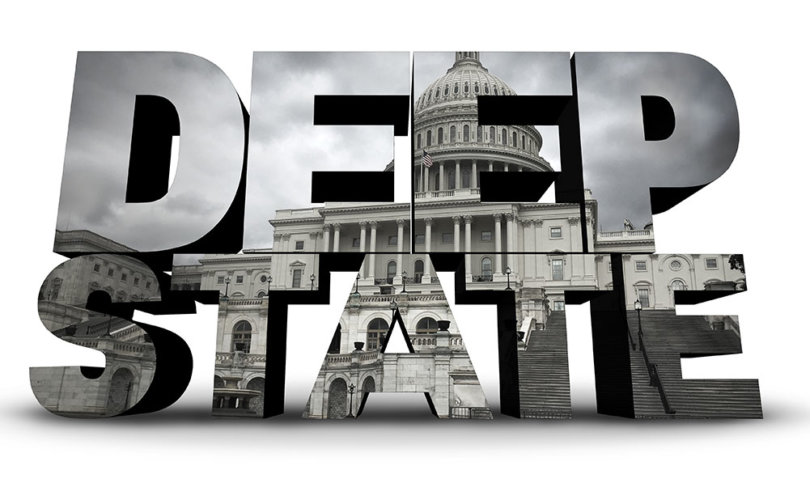 This article was originally published on Nov. 18 on American Thinker and is published on LifeSite with permission.

November 22, 2019 (American Thinker) – This current impeachment theater is the equivalent of Caddyshack II, a sequel so dreadful that nobody is bothering to tune in.

Even my liberal colleagues who despise President Donald Trump can’t be bothered to watch.  It’s as if everyone not named Chris Wallace knows this is a complete sham.  The stock market yawned as it rocketed upwards.

What we have is a parade of bureaucratic power players preening before friendly Democrats to complain that nobody listens to their sage counsel and that the president has the audacity to think he decides foreign policy.

The biggest villain in this ill-begotten administrative coup sequel is Joe Biden, whose corruption is so obscene that even ruthlessly friendly media can’t keep it from sneaking through.  Hunter Biden sucked in dirty Ukrainian cash like he was hooked up to a beer bong, getting drunk on his father’s political influence.

For proof of the damage, look no further than a rising Pete Buttigieg, who is now in the lead in Iowa.

Democrats think our national interests are items to be auctioned off to the highest bidder.  Win elections, become multimillionaires, complain about billionaires while offering to drink beer with the peasants.  Rinse and repeat.

The media reacted in horror when the phrase “I hired Donald Trump to fire people like Yovanovitch” trended on Twitter.  The idea that a sentiment shared by nearly all rational-minded people would catch fire was inexplicable to the outraged media and the Twitter overlords.

But this really gets to the heart of what is going on here and is the biggest lesson of the Schiff Show.  The only way to drain the swamp is to cut the bureaucracy.  That is accomplished by firing as many Yovanovitchs as possible.

This story centers around the disloyal bureaucrats on the Ukrainian desk, but they are representative of the entire bureaucracy.

Every Republican president starts day one on the job in charge of a massive disloyal workforce.  Follow the money.  Almost every single dollar, to the tune of 95%, donated by a federal bureaucrat during the 2016 election went to Hillary Clinton.

This is a massive challenge for every Republican president.  One of the easiest jobs in the world is being a Democratic president.  The federal bureaucracy quite literally worships you.  The media, academia, and entertainment industries call in supporting fires to portray every move as a Nobel Prize-worthy gesture.

The corollary to this is that the hardest job in the world is to be a Republican president.  The executive branch workers you oversee despise you and seek to undermine every move. They are the head of the resistance, the very heart of the deep state snake.

To date, the biggest mistake that President Trump made was not firing every political appointee from the previous administration on his first hour in office.  They quite literally saw themselves as the leaders of the resistance.  Chalk that up to bad advice he was getting from the establishment Republicans he brought on board in the early days of his administration.

Every government agency sings homilies to the “diversity is our strength” catechism of the church of liberalism.  But not a single agency actually has the one form of diversity that truly matters, diversity of thought.  The entire government is one giant exercise in leftist groupthink.

When a Republican is president, the entire government is one giant “whistleblower” operation, as low-level bureaucrats whistle at their Democrat allies and the press who strut by their offices.

The deep state is not very deep at all.  It is the entire state.  When the entire bureaucracy is leftist in orientation, “resistance” happens quite organically and naturally.  The bureaucrats believe they are on the side of the angels as they spend their well-compensated hours acting to undermine the very president they are supposed to serve as a sedition squad.

During the impeachment shenanigans, the veneer frequently slips off, as it did when Lt. Col. Alexander Vindman indicated that the president was undermining U.S. national security, clearly believing that the bureaucracy should set foreign policy instead of the president.

Almost every Republican agency head oversees a hostile workforce, some worse than others.  Imagine going to work as Betsy DeVos each day at the Department of Education knowing your entire, mostly worthless staff hates you and is seeking your scalp.  The State Department is another leftist cesspool where Republicans need not apply.  It takes a very strong person to be successful in these dens of vipers.

Every single word and action by a Republican political appointee is under hostile scrutiny by the bureaucracy.  Within this environment, impeachment is a standard power play of the Democrats, because the bureaucracy is constantly feeding them fodder.

Consider that Democrats have tried to impeach every elected Republican president since Dwight D. Eisenhower.  Republicans?  They’ve only done it once when they grudgingly impeached Jeffrey Epstein’s bosom buddy in a case that was beyond a slam dunk.

Impeachment was a near certainty before President Trump even took office since the collective psychosis was already taking hold.  I took my daughters to a young adult writer conference in Charleston a couple days after the election.  That was a mistake.  The writers and organizers were in a state of shock and were regularly breaking into profanity-laced tirades.  At the keystone event, the organizers and writers told the audience of hundreds of young people that they were all part of the resistance now.

We literally felt like we were in the middle of a giant breakout of mass psychosis.  But, three years later, the entire Democrat party is suffering from the same insanity.

This is not going to trend better as Democrats become more extreme.  It is highly doubtful that there will ever again be an effective Republican president not tossed into the impeachment briar patch.

The best solution that President Trump could offer the nation during his second term is to cut the bureaucracy, and not with a scalpel.  It may be impossible to actually drain the swamp, because Swampy McSwampthing is a Democrat monster protected by Democrats.  But, as the temporary head of that bureaucracy, he can certainly shrink it and take away a lot of its power through hiring freezes and concerted pressure.

My hope is that it becomes one of his biggest priorities following reelection.  We have the worst government that near limitless wads of cash can buy.  The federal government employs over two million, which doesn’t sound too bad.  But that number is an accounting sleight of hand.  America has close to four million contract workers supporting that bureaucracy, a number that has exploded in recent years.  Both numbers should be rolled way back, perhaps cut in half.  This would likely serve a few goals — making the government a leaner and more effective organization, reducing some of the seditious tendencies of an entirely liberal bureaucracy, and saving much-needed money that America simply cannot afford to throw into the government shredder.

We did indeed hire President Trump to fire the Yovanovitchs and a healthy chunk of the unhealthy bureaucracy.  My hope is that the Schiff Show further drives home the imperative of getting it done.