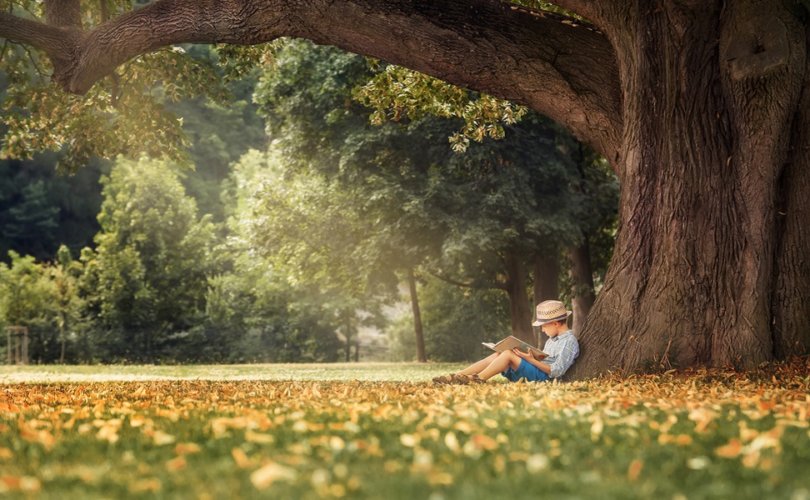 December 9, 2019 (American Thinker) — A few years back, my friend Mike McMullen and I were driving to Oklahoma for a seriously incorrect weekend of eating, drinking, and shooting, when Mike posed a question. He asked if I had time to take a look at a novel he was working on.

An engineer by profession and an outdoorsman by inclination, Mike did not strike me as a would-be novelist.

“What's it about?” I asked. “We've got another hour so. We can just talk it through.”

“Well,” said Mike shyly, “it's about this concealed-carry expert. One night he's out walking his dog, and he runs into a…uh…uh…he runs into a…Martian.”

“A Martian!” I laughed. “Stop right there. Don't send me your book. In fact, don't tell me another word. Start the novel over.”

“What should my guy run into then?” Mike asked defensively.

“How about a Muslim terrorist?” I suggested. And so was born The Hunt, a political thriller from Permuted Press available December 10 wherever you buy books. Or, for a collector's item signed by both Mike and me, check out TheHuntBook.com.

What prompted me to embark on a novel was the research I had recently been doing on the increasing failure of young males in academic settings. I cite Kansas as an example here only because the Kansas State Department of Education (KSDE) does a good job of testing its students and making test results available.

The KSDE does not break the scores out by gender, but if it did, the boys would be the ones pulling the numbers down. They pull the language numbers down wherever tested.

High school failures lead to underperformance in college. In 2018, for instance, females earned nearly 59 percent of all the academic degrees awarded in the United States. The Department of Education expects the trend to continue. By 2027, women are projected earn 151 college degrees for every 100 degrees earned by men.

One major reason for male failure is the effete dreck boys are assigned to read in schools. A recommended high school reading list from the library in Montgomery County, Maryland, an affluent Washington suburb, speaks to the problem everywhere. Some samples:

In The Wee Free Men, a young witch meets up with six-inch-high blue men and the Queen of Fairyland. The author, a self-described British “humanist,” is an associate of the “National Secular Society,” an organization “explicitly created for those who reject the supernatural.”

Struts & Frets is the first book by Jon Skovron. His second book, Misfit, is described by Kirkus as “a diabolically delightful paranormal about a teen girl discovering her inner strength and power — and her potential for darkness.”

Nine of the twelve books on the Montgomery County list were written by women. Eight of them have female protagonists. None of the three books written by male authors offers boys anything like guidance on how to become men, and all three serve up something to offend any kid who takes his faith seriously. It is no wonder that girls today are an incredible ten times more likely to read a book on their own than boys.

It doesn't have to be like this. When I enrolled in high school, I was assigned a reading list for the summer before class began. I still remember many of the books I was assigned — Call of the Wild, Annapurna, Kon-Tiki, Red Badge of Courage, Mutiny on the Bounty, Men against the Sea, Huckleberry Finn.

Not only did the books hold our attention, but they also instructed us boys in the virtues needed to become men. We saw examples of courage, of resourcefulness, of perseverance, of teamwork. True, I had the advantage of attending an all-boys high school, but even in co-ed schools, there is no good reason to shield boys from reading books they might actually profit from reading.

One reason I rejected the man vs. Martian scenario is because kids today are saturated with fantasy scenarios. Another was the financial underperformance of Cowboys vs. Aliens, a movie whose very title condemned it to failure.

Good male fiction hinges on plausibility. For that reason, I recruited Mike into the writing project. I may be an Eagle Scout, but Mike goes elk-hunting in Colorado, where the novel is set. To work, male fiction has to be technically perfect. An author cannot Google his way to credibility.

Mike also has two sons, now both U.S. Marines. In The Hunt, we tell the story of a recently widowed father, a veteran of Iraq and Afghanistan, who takes his adolescent sons on an elk hunt only to discover that they are the ones being hunted. The hunters are not Martians. They are Muslim terrorists in league with Mexican drug cartels.

Political correctness, of the sort in which movies now abound, subverts real storytelling.

We submitted the book for early review to people who knew their way around the wilderness. Said one retired U.S. Army colonel, “The Hunt is an all-to-plausible action-packed story of perseverance, fatherhood, duty, self-sacrifice and redemption. Real-life application of military skills learned the hard way. Mike and Jack have winner of a tale that keeps the pages turnin'!”

Virtue does not come naturally. It is learned. And a novel can still be a good place to learn it.