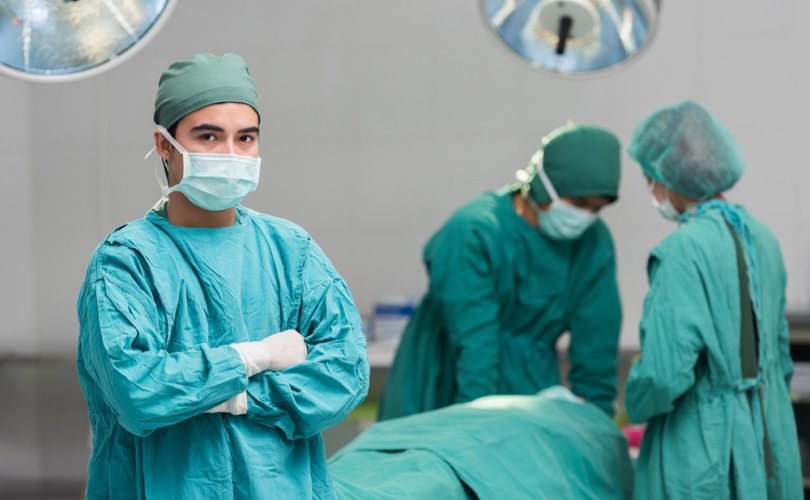 April 8, 2020 (Live Action News) — Fears of health care rationing due to the coronavirus pandemic appear to be well-founded. At Aleteia, Salvador Aragonese has raised the alarm with a report out of the Netherlands, where he says elderly people are being refused health care.

Dr. Frits Rosendaal is the head of clinical epidemiology at the Leiden University Medical Center, a member of the Royal Dutch Academy of Sciences and Art, a recipient of the Spinoza Award (the highest scientific prize in the Netherlands), and the author of nearly 500 papers published in international scientific journals. Yet in a recent interview with Spanish newspaper El Español, Rosendaal caused outrage when he insinuated that elderly people diagnosed with the coronavirus, or COVID-19, are not being treated in the Netherlands.

Speaking of the different cultures between Italy, Spain, and the Netherlands, Rosendaal said that because senior citizens are more respected in those countries, with a higher “cultural position,” they receive health care — but in the Netherlands, they would essentially be left to die. “In Italy, the capacity of ICUs is managed very differently,” he said. “They admit people that we would not include because they are too old. The elderly have a very different position in the Italian culture.”

In addition to this shocking statement from Rosendaal, Dutch finance minister Wopke Hoekstra caused international outrage when he called for Portugal and Spain to be investigated during a European Union summit, claiming they have wasted money in relating to the coronavirus pandemic. Hoekstra later apologized, but it has led to even more criticism from numerous European countries.

Furthermore, another report published in Il Giornale, an Italian newspaper, alleges that elderly people are being asked if they want to be ventilated long-term, or if they would rather let nature take its course — even if they haven’t been diagnosed with COVID-19. Il Giornale said this is happening to avoid overcrowding hospitals, but still criticized the measure, saying, “In short, we are faced with a sort of natural selection masked by selective euthanasia.”

Euthanasia has been legal for almost two decades in the Netherlands, and it has led to a clear devaluation of human life, especially those deemed not valuable enough — like the elderly, the disabled, and the ill. Rather than offering treatment or cures for people suffering from things like dementia, autism, depression, intellectual disabilities, and more, Dutch doctors have become comfortable with prescribing death. It’s not surprising, then, that in an emergency situation in which health care services are strained, it is these same vulnerable classes of people who are suffering the most. Rosendaal is right; there is a different culture in the Netherlands. And it’s an unfortunate one.