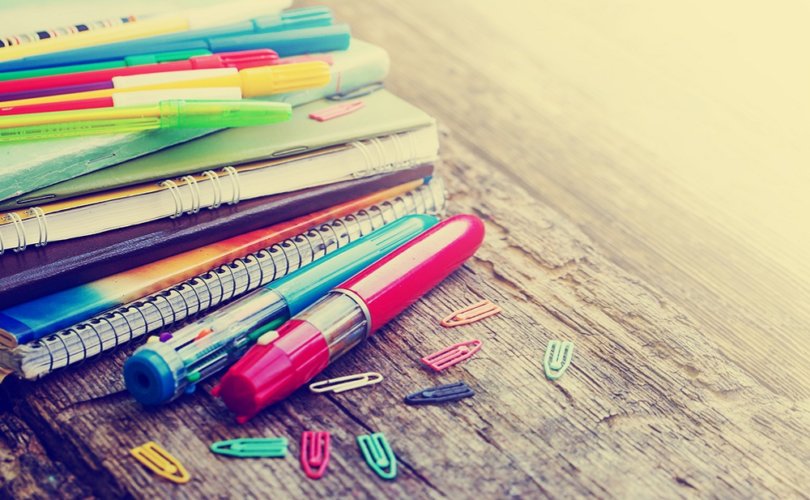 May 2, 2020 (CatholicCulture.org) — This spring, due to the school closures mandated by the CO19 lockdown, hundreds of thousands of American parents are having their first experience with home schooling. Coincidentally, for the many Americans who have already made home schooling a way of life, there have arisen two other critically important news developments: one a serious threat to home schooling, the other a huge potential opportunity.

Consider the threat first. The May-June issue of Harvard Magazine contains a remarkably candid article entitled “The Risks of Homeschooling”, in which a distinguished Harvard Law School professor, Elizabeth Bartholet, makes her argument for a “presumptive ban” on the practice of home schooling. Bartholet sees the practice as “dangerous,” because of the likelihood that parents will take an “authoritarian” attitude toward their own children.

Digging further into Bartholet’s views on the subject, the New Boston Post discovered an article in the Arizona Law Review in which she had explained her perspective more fully:

Parents who are ideologically committed to raising children in isolation from the larger society, with views and values counter to much of the education provided in public schools, are not going to be willing or able to provide an education comparable to what schools provide.

Many home-schooling parents might concede that point, actually. They have taken upon themselves the task of educating their children precisely because they don’t want to give those children an education comparable to what the public schools provide. In far too many public schools, students are more likely to learn about climate change and transgender rights than about the multiplication tables and ABCs. But I digress.

Bartholet is not alone, unfortunately, in viewing parents as a threat to their own children. At William and Mary, another law professor, James Dwyer, also wants to break down the presumption that parents should make their own decisions about the education of their offspring. Dwyer argues unapologetically that the government, not the parents, should have the last say. In fact he claims that “the reason parent-child relationships exist is because the State confers legal parenthood.”

Dwyer’s argument might come as a special surprise to mothers, who thought their relationships with their children began in their wombs, long before the State knew anything about them. And as a matter of constitutional law, Dwyer’s argument runs directly counter to the clear ruling of the US Supreme Court, in the case of Pierce v. Society of Sisters (1925): “The child is not the mere creature of the State; those who nurture him and direct his destiny have the right, coupled with the high duty, to recognize and prepare him for additional obligations.”

The idea that parental authority is subject to State control is repugnant to the common sense, to Christian teaching, and to American law. Yet regrettably, we cannot dismiss their arguments as the rantings of a few isolated extremists. These are respected legal scholars, teaching at prestigious institutions, with considerable resources at their disposal. And they have plans.

In June, Harvard Law School has scheduled a “summit” on home schooling, with Bartholet and Dwyer playing key roles in organizing the event. The invitation-only summit will bring together legal minds that share the organizers’ views, and clearly they hope to plan a campaign that could overturn existing precedents, ban or restrict home schooling, and undermine parental rights.

This spring the Supreme Court heard oral arguments in the case of Espinoza v. Montana. The case involves Kendra Espinoza, who took advantage of a scholarship program to send her daughters to Stillwater Christian School. The scholarship program in turn was funded by a tax-credit system, established by the Montana legislature. But the state’s supreme court struck down the tax-credit system, citing the “Blaine Amendment,” which bars any form of government funding for religious schools. So the scholarship program disappeared, and with it Kendra Espinoza’s hopes for her daughters.

The Espinoza case offers several advantages for school-choice advocates, who eagerly took up the legal argument:

Espinoza’s attorneys came away from their Supreme Court hearing optimistic about the prospects for a favorable decision. The Court is expected to issue its ruling before the end of June. A decision in Espinoza’s favor, and against the Blaine Amendment, would immediately trigger legal challenges against the Blaine Amendments in other states, and clear the way for a political offensive by advocates of school choice. State legislatures could be offered dozens of new measures to support private schools, religious schools, and home schools.

My friend Michael Gilleran, an attorney who prepared an amicus brief for the Supreme Court in the Espinoza case, spoke about the background, the legal issues, and the likely outcome of the case in an April talk sponsored by the Center for the Restoration of Christian Culture at Thomas More College. I strongly recommend that informative talk to interested readers.

And speaking of that Center (for which I serve as Program Director), on May 13 we shall hold our own “summit” on home schooling, as a pre-emptive response to the event at Harvard Law School: Who Owns Our Children: Home Education in an Authoritarian Age. With our own impressive lineup of speakers, we’ll take up the challenge, and join in what could be a pivotal political battle for 2020 and beyond.