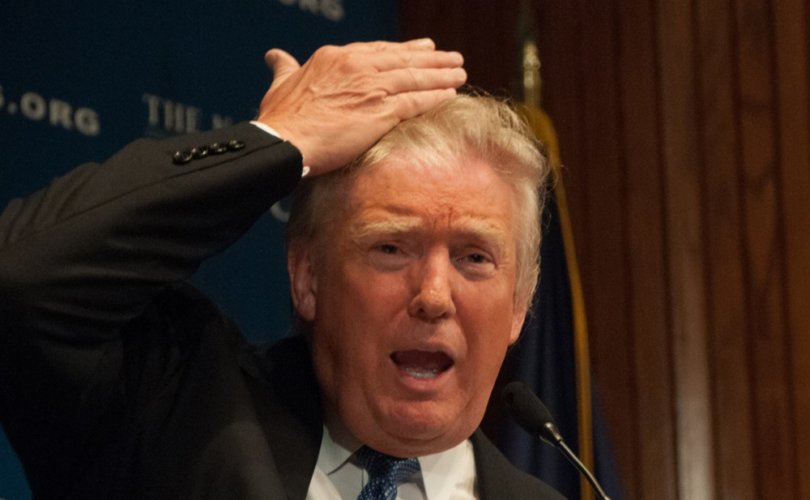 December 13, 2019 (American Thinker) — Beware of those who promise to secure rights by denying them.

The clamoring likes of Rep. Andrew Schiff, Conservative Review's Andrew C. McCarthy, the Washington Post's Deanna Paul, Professor Steve Vladeck, and others similarly ill advised — the “Constitutional Deniers” — are intellectually and historically errant to suggest that the Constitution has no place in congressional proceedings and processes — especially impeachment proceedings. These Constitutional Deniers use the hollow argument that impeachment is not a criminal process, therefore the Sixth Amendment does not apply. While it is a political process, impeachment is shorn more in the cloth of a criminal process than that of a civil proceeding.

The arguments to the contrary are devoid of even a modicum of intellectual credibility or historic reflection. The very fact that “high crimes and misdemeanors” are the entry point to begin the impeachment process seems to have evaded the Constitutional Deniers and the witless epigones of the Democratic Party. Federalist 65 recognizes that the impeachment process is a matter of “innocence or guilt” — alien terms in a civil proceeding.

The Constitutional Deniers persist in their ignorance of history and plain language. The Constitution itself clangs a thunderous death knell for their specious argument. Article I, Section 3, Clauses 6 and 7 reference “conviction.” “Conviction” is a word reserved exclusively for criminal proceedings. No one now or ever has been “convicted” in a civil proceeding in the United States. Were impeachments simply civil matters, the language of the Constitution becomes nonsensical.

The arguments critical of Senator Rand Paul and President Trump as regards the Sixth Amendment are simply wrong and, indeed, wrongheaded. These Constitutional Deniers would likewise deny the president his right to counsel using the same simplistic argument. The political impeachment process is inarguably intended to be quasi-judicial and quasi-criminal. These are not “civil matters.” A breach of contract failure to pay the caterers or slip and fall on an icy White House sidewalk does not invoke impeachment. Even against this president.

The confrontation clause arises from historical instruction: the Bible, ancient Rome, Shakespeare, and the travesty of the Raleigh Case. From Titus Oates to the Salem Witch Trials to the infamous Moscow Trials of Stalin's Great Purge, faceless accusers have spawned massive injustices fueled by disreputable motives in violation of due process.

There can be little question but that impeaching a duly elected U.S. president is far too important to be left to mimic a whispered parlor game of telephone begun by the phantom whistleblower. The fact that the president's enemies have now made the hearings public is of no moment. They are a mere dress rehearsal to the actual impeachment proceedings. Congress must be made to understand the poisonous nature of these proceedings, held in secret and maintained in darkness to destroy a powerful political enemy. Adherence to the incantations of the Constitutional Deniers empowers clandestine malevolent forces, secrecy, and lawlessness in lieu of the ballot to win the partisan fight for power at all costs.

The end result will be far more devastating than the impeachment itself. Absent the Sixth Amendment, these acts of terror are a convenient disregard of the Constitution. The results will forever disenfranchise the electorate and destroy the rights of the citizenry and further accumulate unchecked power in the central government. The Constitution must be unbound.

Senator Paul is correct that the Sixth Amendment's confrontation clause is fundamental and procedural rather than a substantive guarantee of testimonial reliability. Paul understands that the confrontation clause commands not that evidence be reliable, but that reliability be assessed in a particular manner: by testing in the crucible of cross-examination. Echoing Senator Paul is the Supreme Court, repeatedly holding that the confrontation clause forbids the admission of untested statements deemed reliable solely by a judge or one acting in a judicial capacity: the House in impeachment proceedings (Federalist 65).

The question goes far beyond evidentiary and procedural niceties and whether the rules of evidence or criminal procedure should apply to testimonial statements made in impeachment proceedings. Senator Rand Paul “gets it” from a bedrock constitutional perspective — whether the proceedings are judicially formal or informal does not matter. The use of secret proceedings and untested testimony strikes to the very heart of the Constitution. Senator Paul, unlike his detractors, understands and gives voice to the simple fact that dispensing with the right to confront your accuser because his testimony is obviously reliable is akin to dispensing with jury trial because a defendant is obviously guilty. See Crawford v. Washington (2004).

The stakes are too high to dispense with the Constitution in impeachment processes. The fundamental rights guaranteed by the Sixth Amendment's confrontation clause cannot be denied entry into the halls of Congress, the chambers of the Supreme Court, or the walls of the White House.