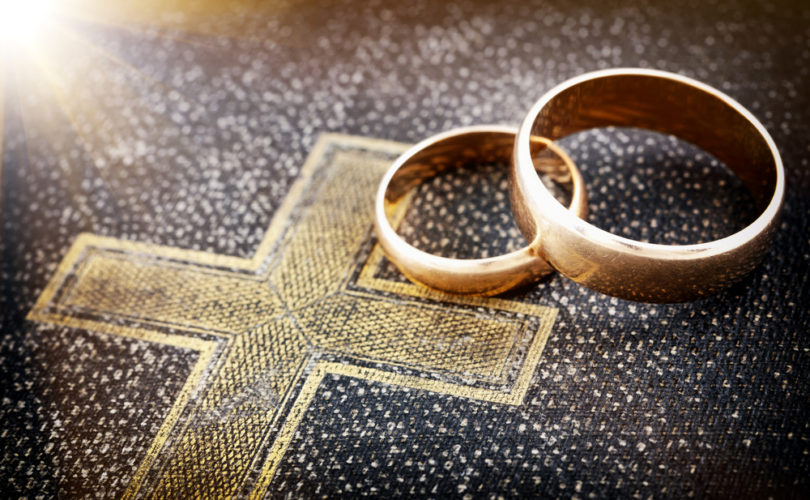 July 16, 2018 (The Catholic Thing) – Cardinal Kevin Farrell, prefect of the Dicastery for the Laity, Family, and Life, made some provocative remarks about priests and marriage preparation in an interview that appeared recently in the Irish Catholic magazine Intercom. He said: “They have no credibility; they have never lived the experience; they may know moral theology, dogmatic theology in theory, but to go from there to putting it into practice every day . . . they don't have the experience.”

He also spoke about the priests of the Diocese of Dallas where he served as bishop for nine years: “We have a million and a half Catholics and 75 priests, with a 45 to 50 percent rate of (Mass) attendance. Those 75 priests are not going to be interested in organizing marriage meetings.”

Do priests really lack credibility and interest in preparing couples for the sacrament of marriage? That has not been my experience. Most priests, and more specifically, most parish priests take a lively interest in marriage preparation.

Couples almost always appreciate their efforts as they prepare for marriage. Fr. Roger Landry has described the reality on the ground in most parishes in a recent column. Most priests are credible witnesses to the Church's teaching on marriage, and they speak with insight – and often wisdom – from their extensive experience dealing with engaged couples, families, and children.

What's most troubling here are the premises underlying Cardinal Farrell's remarks. He implies that the primary purpose of marriage instruction is to communicate experiential advice on how husbands and wives can live so as to produce marital happiness and familial harmony. To attain this goal, what couples need is to hear is practical advice from married people who, from their own experiences, will share “best practices” with engaged couples. He also claims that overworked priests would rather not take time from their busy schedules to meet with and instruct couples seeking to be married in the Church.

Marriage preparation programs should include advice on marital life from couples who are serious Catholics and have years of valuable experience in living out the demands of Christian marriage. And many priests are overworked. Yet should we promote the notion that priests should avoid working with engaged couples and are not really suited to this task?

Is it really better for them, instead, to dedicate time to other, relatively less important tasks such as building management and office work, which are in fact unavoidable and time-consuming tasks for most parish priests? Isn't sacramental preparation a vital part of the spiritual paternity of the men ordained to celebrate the sacraments?

I had plenty of instruction in the seminary about Christian marriage, and none about building maintenance and parish office management. The seminary's priorities were correct.

The number of Catholics seeking to be married in the Church has declined significantly. One reason is the ignorance of many Catholics about the sacramental nature of marriage and their obligations as Catholics. When a couple comes to the rectory seeking to be married in the Church we should view this as an opportunity to give doctrinal and spiritual formation to these obviously good willed, believing people. Who knows? They may tell their friends what a good experience it was to learn from a priest about the state in which they plan to spend the rest of their lives.

Poorly catechized Catholics need to understand Church teaching about the nature and purpose of marriage. Priests spend years in the seminary acquiring a deep understanding of that teaching, and how to explain its truth and value to the people of our times. They are meant to share that doctrinal formation with the laity.

The priest is important in communicating to the couple the seriousness of what they are undertaking. Our laws and social customs largely reject Christ's doctrine on the indissolubility of marriage. Catholics need to know that fidelity to Christ Himself is central to this matter and that Christ gives the grace to live with fidelity, against all temptations to treat the marriage vows as something that can be lightly abandoned or retracted.

Engaged couples have an instinctive trust that the priest, as a man of God, will tell them what God expects of them and how He will help them. This is not a theoretical matter for abstract consideration. Christ's teaching on marriage is the foundation for happy and holy marriages.

The spiritual paternity of the priest means that he takes a lively interest in all aspects of the religious formation and growth of the people entrusted to his care. His fatherhood finds particular relevance when he is speaking with those who seek to be mothers and fathers of the next generation of believers.

The priest brings Christ into the picture in a very important way when he sits down and speaks at length with a couple who have come to him for guidance about getting married. His intentional absence from this important time of preparation, because of the misguided claim that he is unqualified and thus unwelcome, would be a disaster for that parish.

When the parish has a fundraising campaign, the advice given by professional fundraisers is that the personal involvement of the priest is vital to the success of the campaign. The more people he speaks with, the more money comes in. This is so even when the priest says at first: “I don't know anything about fundraising.” He can learn quickly, and the results will show just how valuable he is to the effort.

The same applies even more to marriage preparation.  Success in this case cannot be measured in dollars raised, but rather in the number of well-formed couples who enter marriage with a true knowledge of the greatness of this sacrament, and the assurance that God will assist them at all times to live in loving fidelity to their vows and to their duties as husband and wife.