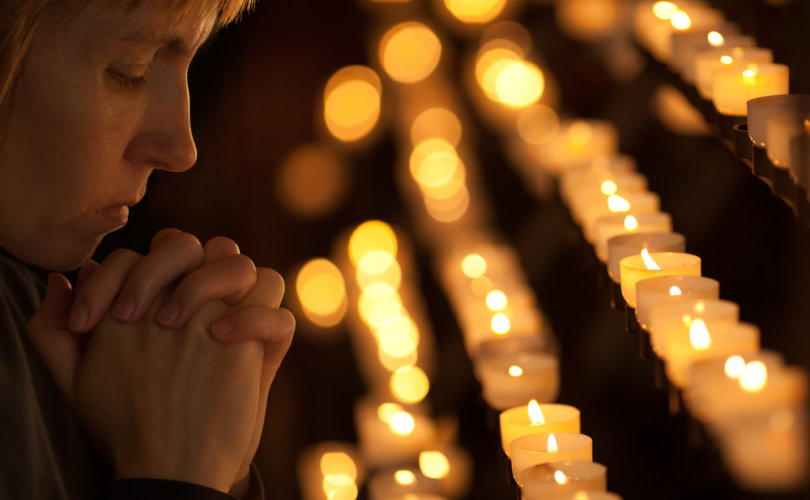 June 14, 2016 (BreakPoint) — Recently, I’ve been reading some of the very first works of Christian apologetics: by Justin Martyr, Tertullian, and Athenagoras. Today, someone known as an apologist primarily attempts to make a case that Christianity is true, or answer a critique of Christianity, or show other worldviews—such as atheism or pantheism—to be false. The earliest apologists did all of this as well.

Christians, they argued, were chaste, gentle, loving to both friends and enemies, good citizens, and sought to live peaceably for the love of God and the love of neighbor. Not only were Christians innocent of the absurd charges of incest and cannibalism leveled at them, they were the best of citizens.

Watching the news of the worst shooting in American history, an act of radical Islamist terror at a popular gay nightclub in Orlando, I found myself thinking: Can Christians claim that sort of apologetic today? Of course we can argue for the truthfulness of Christianity, but can we legitimately claim that we fully live out and embody the Gospel we claim?

Without question, this despicable act targeted LGBT men and women. But where the shooting took place matters not in terms of how Christians ought respond. Every single victim, no matter how they “self-identify,” bears the image of God. They have eternal value simply by virtue of being human.

Yet the event is being used by some to throw radical Islam and Christianity into the same “culturally unclean” bucket. And it shouldn’t surprise us. Any moral stance taken against homosexuality will be lumped in with this vile act of murder.

In this environment, arguing for the clear distinctions that exist between the radically differing moral frameworks of Islam and Christianity will be difficult, if not impossible. Yet this shouldn’t discourage us from making our case. But even more, it should drive us toward embodying that love that most distinguishes the Christian faith.

Christians, as my colleague and co-author Warren Cole Smith is fond of saying, are known for running toward the crisis, not away from it. The claims of the earliest apologists, we now know from the work of historians such as Rodney Stark, were vindicated in the lifestyle of our forebears in the faith and resulted in changing culture and human history.

But we can’t merely say, “Look at how great Christians have been in tough times” if our lives today do not also reflect that same love. Nor should we love out of any sort of practical calculation, as in, “Hey this will get people to see that Christianity is true and give us the upper hand in the culture again.”

No, it’s because we’ve experienced the love of God and salvation in Christ that we embrace the dignity of every human being. That same loves sends us to the blood banks to donate. It compels us to gather together to pray for the victims and their families. It leads us to mourn with those who mourn—even and especially in times like these.

And by “times like these,” I don’t just mean in response to the specific events in Orlando. I mean in times like these, where any sort of moral truth claim is determined up front to be guilty by association. It is in this cultural moment that our most effective apologetic will be a life of love united with the truth of who Christ is.

Now we’ll be told that truth and love cannot really fit together, that we choose one at the expense of the other. We must not allow that thinking in our hearts and minds. Jesus Christ, the center of history, is Himself truth and is Himself love. The tension between the two is resolved in Him.