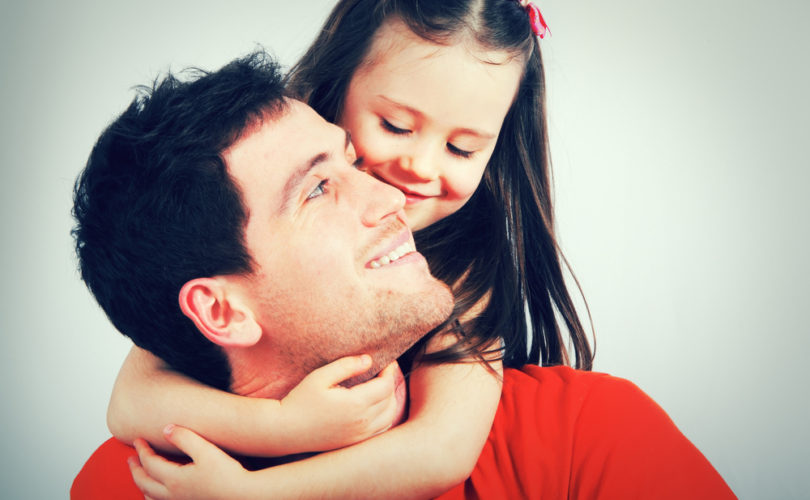 January 12, 2016 (CatholicCulture) — What will it take to rouse the protective instincts of American fathers?

The role of a father is to protect his family. The role of a man—a real man, I mean—is to protect the vulnerable. Yet the vast majority of American men today are sitting idly by, couch-potato spectators, while their families are menaced and their vulnerable neighbors victimized.

For over 40 years now, we have tolerated the destruction of unborn children. We have averted our gaze as more and more elderly hospital patients succumbed to the effects of the steadily increasing morphine drip. We have allowed Planned Parenthood to encourage high-school students toward promiscuity, and homosexual activists to recruit adolescents to their cause. So is it any surprise that the vanguard of the sexual revolution has advanced further into our lives?

These are admittedly extreme cases, which do not affect most of us directly. But we are paying a price—directly, in our tax support for various forms of perversion; and indirectly, in the continued decay of American family life.

Moreover, sooner or later, if the trend continues, we all will be affected directly. By now we know how the gender warriors operate, picking out their targets of opportunity. There are very few people who claim to be “transgender,” but they will descend on some unfortunate Christian employer in New York and hound him with lawsuits, just as homosexual activists have singled out bakers and innkeepers, driving them out of business. The chosen “enemies of the revolution” will be the first targets, and if we do not rally to their defense, eventually the revolutionaries will come for us.

So what will it take to break through the torpor that keeps John Q. Public on the sidelines? Will American men finally decide to speak out, to become involved in civic affairs, when boy demands entry to the girls’ locker room at their daughters’ schools? When their spouses are denied medical care because the doctors have decided that they are going to die anyway? When their employers are forced to lay them off, in order to pay the fines imposed by a commission dedicated to gender neutrality?

The problem is not confined to the US, of course. Dozens of German women were sexually assaulted in Cologne on New Year’s eve. Blame that outrage on immigrants if you like. But where were those women’s fathers, their husbands, their boyfriends, their brothers? Where were the police officers, sworn to uphold the law and keep the peace? This incident didn’t “just happen;” there was a sequence of events that created that temporary state of anarchy in Cologne. Did no one see it coming? If they anticipated trouble, did German men fret and complain—but do nothing?

The stunning emergence of Donald Trump as a viable presidential candidate can be attributed almost entirely to his willingness to say things that other candidates will not say: his all-out assault on political correctness. But bluster will alone not help confused adolescents; outrageous statements will not heal psychological wounds. A presidential candidate, and for that matter a president, is not a substitute for a negligent father.