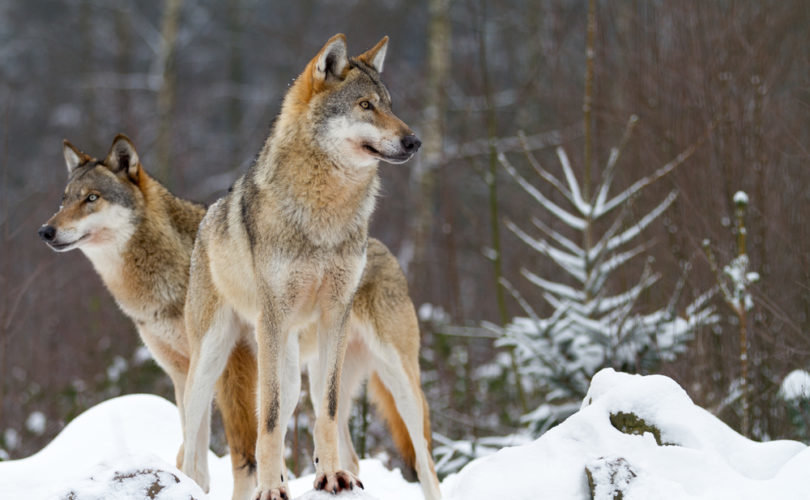 Sign a petition to support religious freedom in Indiana!

INDIANAPOLIS, IN, April 10, 2015 (LifeSiteNews.com) — In the wake of the intense backlash against Indiana and its governor for taking steps to preserve religious freedom, the state’s Catholic bishops issued a painfully guarded statement last week.

“The recent passage of the Religious Freedom Restoration Act in Indiana appears to have divided the people of our state like few other issues in recent memory,” the bishops said.

Just ask the O’Connor family of Memories Pizza in Walkerton, Indiana about the death threats and vast glut of vitriol hurled their way since being set up as an RFRA scapegoat by the media. The family had to close the pizzeria and go into hiding.

Lawrence B. Jones III, a contributor to the Blaze Network program where Crystal O’Connor was interviewed, had the idea to set up a GoFundMe account for the O’Connors, and it exploded, yielding over $850,000.

Jones says that he and other hosts at the network were also threatened for their support of the O’Connors, and the threats to him are said to extend to his mother as well.

The storm swirling around the Indiana RFRA isn’t limited to that one state. It affects all of us. So it’s crucial that we hear from our spiritual leaders on the issue. But all they could muster was a call for mutual respect?

While it is necessary, and certainly part of a bishop’s job, to call for people to treat each other respectfully, it would seem the mutual respect ship left the port long ago, considering what’s taken place before and since the O’Connors were set up and attacked.

Witness the initial backlash to the RFRA and Gov. Pence’s subsequent retreat on the bill’s language.

But the bigger issue is in the bishops’ apparent effort to foster fair treatment of all Indiana citizens, because their choice of language is arguably confusing, and so risks obscuring Catholic teaching.

The Indiana bishops said that respect, dialogue, and discernment were needed “to ensure that no one in Indiana will face discrimination whether it is for their sexual orientation or for living their religious beliefs.”

It’s obvious from the headlines who is facing discrimination for living their religious beliefs, but precisely who is facing it for their sexual orientation, and how?

The fact that wedding food, flowers, and photography don’t fall under the definition of basic human right seems to be lost on quite a few people in this debate, but the real issue with that particular portion of the Indiana bishops’ statement lies in another fact; that the one thing the homosexual lobby is demanding, whether by judicial fiat, media coercion, driving people out of business or outright threats, is something they simply cannot have.

The Church teaches that marriage exists between one man and one woman, and that it is modeled after Christ and his bride, the Church, and must be open to the gift of life.

By virtue of this teaching, the Church does not, and cannot support homosexual “marriage,” which means homosexual couples, based on their sexual orientation, would not be entitled to marriage.

The doctrine is clear, but sadly, Church leaders often appear to shy away from clearly teaching it. It often gets lost because sometimes the focus is as much or more on inclusiveness or the need to be accepting, as opposed to the Church’s truth about homosexuality.

The confusion resulting from this absence of clarity, whether intended or not, gives the potential impression of tacit approval of something that is against Church teaching.

I contacted the Indiana bishops’ offices to ask about their potentially confusing message on same-sex “marriage.” I also asked whether they thought public officials should be required to perform marriage ceremonies for homosexual couples and whether the various wedding-related businesses in the state should be compelled to provide services to homosexual couples.

I did not hear back from the Dioceses of Lafayette-in-Indiana, Gary, or Fort Wayne-South Bend.

The director of communications for Bishop Charles Thompson in the Diocese of Evansville referred me to the Indiana Catholic Conference, and also included a copy of the Indiana bishops’ 2013 statement on marriage.

The executive assistant for Archbishop Joseph Tobin, C.Ss.R., who heads the Indianapolis archdiocese, responded that the archbishop’s schedule for the day did not permit him to respond to the request, and that it had been forwarded to the diocesan director of communications for future consideration.

The Indiana bishops’ tepid and confusing response to the Indiana controversy contrasts sharply with an April 3 statement from a group of Catholic and Protestant leaders that cuts to the quick, first by effectively identifying the error in today’s intolerant labeling of support for authentic marriage as “bigoted.”

“When basic moral convictions and historic religious wisdom rooted in experience are deemed ‘discrimination,’ our ability to achieve civic harmony, or even to reason clearly, is impossible,” it said.

The statement also expressed how America’s founding is based on the idea that “religious liberty matters because religious belief matters in a uniquely life-giving and powerful way.”

“We need to take that birthright seriously,” the group of faith leaders said, “or we become a people alien to our own founding principles. Religious liberty is precisely what allows a pluralistic society to live together in peace.”

Throughout their statement, the Indiana bishops continually afforded equal consideration for both sides of Indiana’s debate between religious freedom and homosexual “marriage,” and in doing so they also used terms that in today’s climate become ammunition for those opposed to the Church’s teaching.

“The Catholic Church is convinced that every human being is created in the image of God,” the bishops said. “As such, each and every person deserves to be treated with dignity and respect.”

Unfortunately, those who promote homosexual “marriage” frequently use the term “dignity” to advance their agenda. Such that we have reached a point where its use by others must be tempered with the crystal clear caveat that appreciating one's dignity in no way equates to affirming immoral sexual behavior.

This was an incredible teaching opportunity that was missed in the bishops’ response, because we absolutely must be precise about the meaning of dignity, since its very upholding requires the avoidance of sexual immorality.

“The Catholic Church teaches that the principle of religious freedom also is rooted in the dignity of the human person,” the bishops continued. “Religious freedom is one of the most cherished rights in the U.S. Constitution. The rights of a person should never be used inappropriately in order to deny the rights of another. We are called to justice and mercy.”

It’s good the bishops affirmed the right to religious freedom in the U.S., but it also sounds here as though they are intimating that declining to provide services for a homosexual “wedding” is synonymous to inappropriately denying the rights of another.

The terms “justice” and “mercy” are also frequently coopted by pro-homosexualists, and just as with “dignity,” when using them absent adequate clarification, one teeters on giving the appearance of conceding the homosexual agenda.

It is in quoting Pope Francis’ apostolic exhortation, The Joy of the Gospel in defense of protecting religious freedom where the Indiana bishops offer appropriate directness: “No one can demand that religion should be relegated to the inner sanctum of personal life, without influence on societal and national life, without concern for the soundness of civil institutions.”

This is refreshing, especially given how much of what the Holy Father says is twisted to represent the opposite of Church principles.

The bishops wrapped up their message with more apparent equivalent treatment of the elements of the religious freedom debate.

“We support efforts to uphold the God-given dignity of all the people of this state while safeguarding the rights of people of all faiths to practice their religion without undue burden from the government,” the statement concluded.

It should be applauded when our shepherds take steps to be heard in the culture.

I only wish in this case, with an Indiana family being so ruthlessly threatened for answering a question honestly about their religious convictions, and with what is obviously ahead for all of us who believe what the Church teaches and live our lives based on it, that the state’s bishops would have come out more strongly on behalf of those in the crosshairs for their faith, and plainly denounced the sin at the root of this whole thing.