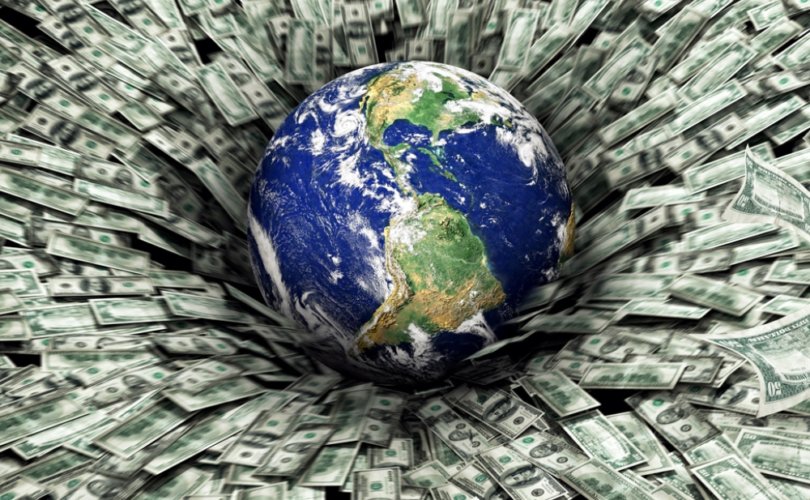 The tabletop exercise was reminiscent of “Event 201” — the pandemic simulation exercise that took place in October 2019, shortly before COVID-19 entered the global scene.

The “Collective Strength” initiative was held for 10 days, beginning Dec. 9, 2021, at the Israeli Finance Ministry in Jerusalem. It was relocated to Jerusalem from the Dubai World Expo over concerns about the Omicron variant.

Described as a simulated “war game,” the exercise sought to model the response to various hypothetical large-scale cyberattacks on the global financial system, including the leaking of sensitive financial data on the “Dark Web,” hacks targeting the global foreign exchange system, and subsequent bank runs and market chaos fueled by “fake news.”

However, the main theme of “Collective Strength” appears not so much the simulation of such cyberattacks but, as the name of the initiative implies, the strengthening of global cooperation in cybersecurity and the financial sector.

The idea of simulated delinking from major currencies raised some eyebrows because of its timing — on the same day participants gathered to launch “Collective Strength,” reports circulated that the Biden administration was considering removing Russia from the global electronic-payment-messaging system known as SWIFT, short for Society for Worldwide Interbank Financial Telecommunication.

This measure would be part of a package of economic sanctions the U.S. would levy against Russia should it attack Ukraine.

However, what may raise even more eyebrows is the list of participants in the “Collective Strength” simulation, which includes: the IMF and World Bank, and indirectly, the World Economic Forum (WEF).

It was the WEF, along with the Bill & Melinda Gates Foundation and the Johns Hopkins Bloomberg School of Public Health, which ran the simulated “Event 201” in October 2019.

As previously reported by The Defender, the WEF also supported the development of financial instruments, such as credit and debit cards, that would track “personal carbon allowances” on an individualized basis.

An executive summary issued in November 2020 by the Carnegie Endowment for International Peace, in collaboration with the WEF, provided a rundown of just the type of scenario that was simulated as part of “Collective Strength.”

The report’s authors, Tim Maurer and Arthur Nelson, described a world whose financial system is undergoing “an unprecedented digital transformation … accelerated by the coronavirus pandemic.”

In such a world, the authors argued, “cybersecurity is more important than ever.”

— Article continues below Petition —
PETITION: The Supreme Court MUST Block Biden's Vaccine Mandates!
Show Petition Text
24950 have signed the petition.
Let's get to 25000!
Thank you for signing this petition!
Add your signature:
Show Petition Text

The executive summary went so far as to describe a “disconnect between the finance, the national security and the diplomatic communities.”

The solutions identified by Maurer and Nelson included:

But which “other” sectors?

This set of recommendations was classified by the authors in their report under “Digital Transformation: Safeguard Financial Inclusion.”

One such recommendation reads as follows:

“The G20 should highlight that cybersecurity must be designed into technologies used to advance financial inclusion from the start rather than included as an afterthought.”

Technology that is “used to advance financial inclusion from the start” would appear to include digital “health passports” and accompanying “digital wallets.”

It also seems to be aligned with the United Nations’ Sustainable Development Goals — in particular, Goal 16.9, which calls for the provision of a digital legal identity for all, including newborns, by 2030.

Goal 16.9 also brings to mind the European Union’s insistence that its vaccine passport, the so-called “Green Pass,” which is used in numerous European countries to bar the unvaccinated and those with natural immunity from all sorts of public and private spaces, protects individuals’ privacy.

In a further connection between two distinct issues — security of the global financial system and public health — the GAVI Vaccine Alliance called for “innovations that leverage new technologies to modernize the process of identifying and registering the children who are most in need of life-saving vaccines.”

However, the use of these technologies would not stop with registering childhood vaccinations. GAVI described potential uses of these “new technologies” as encompassing “access to other services,” including the broadly defined “financial services.”

The authors of the Carnegie Endowment executive summary mirrored their proposals in a spring 2021 article that appears on the IMF’s website, although issues of “financial inclusion” are left out.

While the two authors of the Carnegie report, and the participants in the “Collective Strength” initiative, emphasize the need for the financial system and its digital data to be better protected, it remains unclear how a continued transformation toward a fully digital, cloud-based environment can indeed be considered “secure.”

Consider, for instance, the following remark by Micha Weis, financial cyber manager at the Israeli finance ministry, in reference to “Collective Strength”: “[a]ttackers are 10 steps ahead of the defender.”

Such words don’t offer much comfort to those who are already wary of “FinTech,” or the increasing proximity between “Big Tech” and “Big Finance.”

Similarly, yet another “simulation” of a large-scale and destructive global catastrophe will, for some, bring back recollections of “Event 201” and what followed thereafter — infamously described on March 20, 2020, by then-U.S. Secretary of State Mike Pompeo as a “live exercise.”