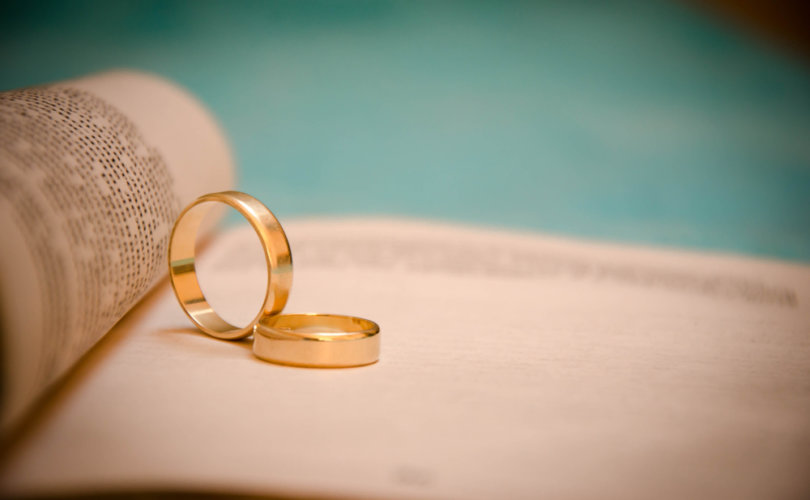 October 18, 2016 (BreakPoint) — Recently on BreakPoint, we told you how Baptist ethicist David Gushee proclaimed there was no more middle ground on LGBT issues. He’s right. You either approve of so-called sexually progressive ideas or you don’t—and if you don’t, you’ve placed yourself in the bigoted, wrong-side-of-history category.

That’s exactly what happened with InterVarsity Christian Fellowship. Earlier this month, IV informed employees that they were expected to align with traditional Christian teaching on marriage and human sexuality. If they couldn’t, they were asked to come forward.

TIME magazine reported on the announcement this way. “One of the largest evangelical organizations on college campuses nationwide “has told its 1,300 staff members they will be fired if they personally support gay marriage or otherwise disagree with its newly detailed positions on sexuality starting on November 11.” They called it a “theological purge.”

But they completely misreported the story.

This was no out-of-nowhere, drop-the-bomb announcement. IV conducted a four-year study of human sexuality and the Bible to write a 20 page position paper, that wasn’t limited to beliefs about homosexuality or same-sex marriage. They then initiated an 18-month process of communicating their positions to staff, which was simply a clarified version of what they’d always held on these issues. “The goal,” according to IV, “was to clarify our position while also providing ample time for those whose convictions differed to seek out better-fitting ministry opportunities.”

Staff were given the paper in March 2015, not last week. And they offered to help those who didn’t align with their convictions with their transition to different employment.

In other words, IV affirmed what Christians have always believed about sexuality until culturally yesterday. As expected, some staff—though as I understand it, very few—didn’t align with the new policy. Some were upset, which is to be expected. But I don’t know a single organization, much less a Christian organization, that doesn’t expect employees to align with their values.

And it wasn’t only Time online that erupted. A group of progressive, what I would call “post-evangelical,” leaders wrote IV urging the ministry to reverse the “dangerous precedent” set by its policy “regarding LGBTQ affirming staff.”

But that is obfuscation and spin. IV welcomes LGBTQ students into fellowships. And IV expects its staff to affirm and love everyone, as they’re made in God’s image. Staff must also affirm the full gamut of biblical teaching on human sexuality and marriage as communicated in their position document. This wasn’t just about same-sex marriage.

In other words, there’s nothing out of line here. The outrage stems from a sort of moral evolution on the parts of both Time and these post-evangelicals, that eventually all will reach the enlightened position on these matters. They seem genuinely surprised when some don’t, and then make it out as if non-affirming Christians are somehow the ones who are obsessed with these issues.

Don’t buy it. The current state of the culture forces people to take sides, and increasingly, so do the courts.

There are plenty of lessons to be learned here, but at least know this: InterVarsity did everything right. It upheld Christian teaching in a way that was inclusive, respectful, and gave people opportunity for input . . . they followed a long, thoughtful process, and treated those who dissent with respect. Just know: you can do everything right, but having the so-called “wrong view” on any pelvic issue is going to cost you these days.

Christian blogger Skye Jethani said it clearly, “As IV’s leaders navigate these treacherous waters, we should all be praying for them and learning from their example because we will be sailing in their wake sooner than we’d like.”