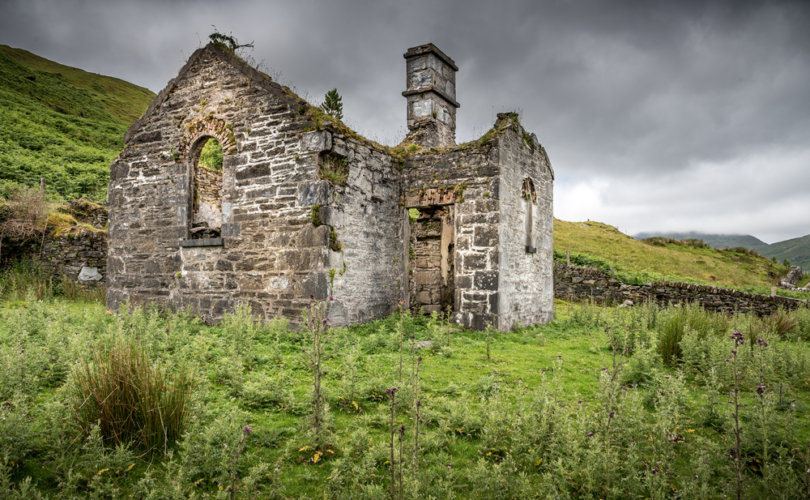 October 17, 2017 (Voice of the Family) — For nearly half a century, Ireland has stood almost alone in western Europe in defence of the right to life of every unborn human being. Yet Ireland is now on the brink of repealing her pro-life constitutional amendment and opening the way to the killing of her unborn children. If she takes this step, the reverberations will be felt across the world. How has Ireland, a nation that so long prided herself on fidelity to the Catholic faith and love of children and the family, reached this point?

This is the subject of our new paper, written by a friend and supporter of Voice of the Family in Ireland. Ireland’s Tragic Abandonment of Catholic Teaching traces the secularisation and demoralisation of “Catholic Ireland” from independence to the present day. It analyzes the most significant events and trends that have led the Irish nation to repudiate much of its Christian heritage and have brought her to the brink of permitting the killing of unborn children.

The Eighth Amendment, which was approved 67 percent of Irish people in a referendum on September 7, 1983, came into effect on October 7, 1983, the feast of the Holy Rosary. Estimates suggest that more than 100,000 lives have been saved by the amendment.

Yet there is now a very real danger that the Irish people will reverse that decision and vote for the repeal or alteration of the amendment. In a 1992 referendum, the people voted to permit women to “travel between the State and another state” in order to have an abortion and also permitted provision of “information relating to (abortion) services lawfully available in another state.” Further referendums in 1995 and 2015 permitted divorce and so-called “same-sex marriage,” respectively, thus ending the Irish state’s adhesion to the true understanding of marriage.

In November 2016, the Irish government established a “Citizens’ Assembly” consisting of 99 members of the public, supposedly selected at random, to consider the future of the Eighth Amendment. In April, the Citizens’ Assembly concluded its discussions by voting that the Eighth Amendment should be repealed. The Assembly voted by 95 percent that abortion should be permitted on grounds of a mental or physical threat to the life of the mother, by 80 percent in cases of disability, and by 72 percent for socio-economic reasons.

The development of the trends that have led Ireland to this point are discussed in great detail in Ireland’s Tragic Abandonment of Catholic Teaching. We commend this important text to our readers.

​Reprinted with permission from Voice of the Family.