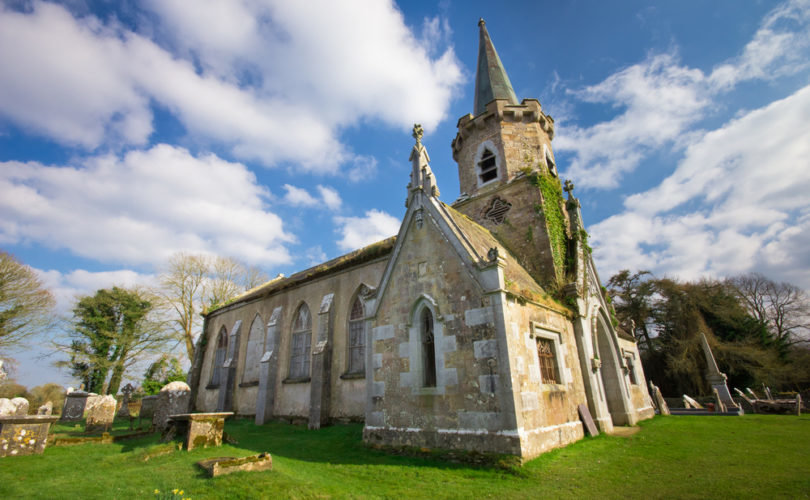 May 29, 2018 (LifeSiteNews) – At the start of the 2018 Irish abortion referendum the political establishment, as yet unsure of the result, talked of ‘no winners and losers’, of a ‘necessary vote’, and, with po-faced solemnity, of no celebrations whatever the outcome.

All that changed on Saturday, the day the landslide victory for the repeal side was announced. There were street scenes reminiscent of an Irish sporting victory. These street demonstrations by pro-abortionists were endlessly portrayed in the media – both Irish and international. On that score, both those celebrating and the media had got the ending they wanted.

Presumably, never for a moment did they stop and wonder what it was they were celebrating?

Simply put: the death of a child.

Whatever one’s views on abortion, there can be no doubt of what happens when a woman gets pregnant. Thereafter, she is going to deliver that baby – dead or alive.

To feel sickened by the cheering crowds is the right response. Abortion is not a cheering matter. On the ‘Yes’ side, all their talk of ‘hard cases’ and ‘tough choices’ had disappeared suddenly, especially so as the scale of the victory became known. So too in Irish society did basic humanity, and any consideration for the child in the womb now threatened by this vote.

It’s not that Ireland changed on Saturday. Pro-abortion views and those propagating them have been around in that country for some time. It is something more worrying that is emerging now: a new political reality. The crushing referendum defeat is seen as evidence that the ‘old order’ – for that read anything Catholic or conservative – has been finally swept aside. There is a new dominant political elite, and, judging by the signs last weekend, it intends to make its presence felt.

There is another even more disturbing aspect to this new political dispensation. It is liberal in name only. In reality, it is wholly intolerant of the pro-life position. As in Canada and the United Kingdom, such views will now be deemed ‘offensive’. Never again will Irish pro-lifers be given access to the media in the way it did during this past campaign – not that it was ever a fair fight even then. Slowly but deliberately the pro-life case will be consigned to the dustbin, thought of as thrash, unworthy of discussion. Just like the tiny victims of the new abortion regime that is about to become a facet of Irish life.

Pressure is already being applied – through the media and the triumphant Repeal campaign- to change the law in Northern Ireland. That part of the island remains part of the United Kingdom, but the UK’s 1967 Abortion Act has never applied there. Ulster is mercifully free of the abortion regimes in existence in Britain, and soon to be in the Republic of Ireland. The main political party in the North, the Democratic Unionist Party, is pro-British and Protestant to the core. It is also the only significant pro-life political party in British politics. So, ironically, it shall be Calvinists and Evangelicals who are left defending the unborn on the island of Ireland, a land once synonymous with Catholicism.

So what next for Ireland’s pro-lifers? It is too early to say. The referendum defeat comes after a well-organized hi-tech campaign. There can be no criticism leveled against those who bravely and determinedly fought for life in what was always going to be a lopsided contest and in the teeth of opposition from Ireland’s political establishment and media.

The real problem persists, however, that in Ireland there is no conservative base in either politics or the media. So to that end new political parties and groupings will have to emerge or else Ireland risks becoming a one party, extremely liberal, state.  And, as there is no existing media to challenge this ongoing drift, only those who flag wave its creation and approvingly rubber stamp its laws, Irish society shall encounter serious difficulties in having such a one-sided political set-up.

The other thing overlooked – in fact also ‘celebrated’ – is the large numbers of Irish who flew in to vote in the referendum and, having done so, then promptly caught the first flight out again. Most of these individuals, judging by media reports, were ‘Yes’ voters. Is this democracy? Is it right that a person who no longer lives in a country returns there and votes to make changes to the fundamental fabric of that society? Given the outcry from the pro-abortion side at advertising from abroad on Facebook and elsewhere ‘affecting the result’ there was not a whisper from them about the thousands of voters who came from outside the jurisdiction to affect the result in a definite way.

On 25 May 2018, the day of the poll, most news outlets talked of a ‘close result’. Some talked of the referendum outcome as being ‘too close to call’. Although the most recent polls had given the ‘Yes’ side a margin of victory it was nowhere near the size of the actual result that transpired. Where did this unexpected landslide ‘Yes’ vote come from?

This, however, was one referendum that the Irish political establishment could not afford to lose, nor was it ever going to. No doubt, in the coming days, Irish leaders shall present themselves in foreign capitals to their political masters with a smile, one as crooked as it is pitiless.

So as the hordes dance in the streets of Dublin and elsewhere, those so doing cannot, or do not wish to, countenance the reality that it is upon the graves of Ireland’s future generations that now they make merry.