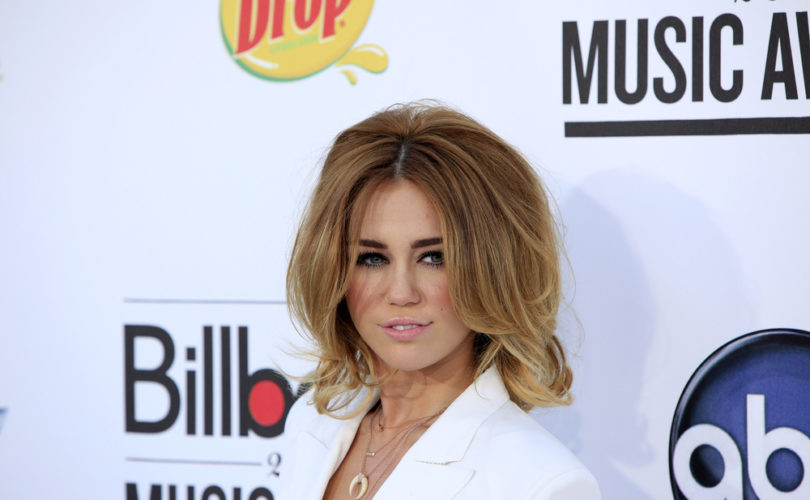 During the MTV Video Music Awards (VMAs), Cyrus shocked viewers with a live performance with married singer Robin Thicke that was so explicit that we can't even describe it here, which even she admitted she was concerned might get blocked by censors.

But Cyrus’ posturing smacks of overcompensation for a deep-seated insecurity.  Given her implication that pornography played a role in ending her four-year relationship with Hemsworth, it’s hard not to imagine that she feels she has something to prove.  If – even as a beautiful young celebrity with millions of dollars and hordes of adoring fans – Cyrus felt she couldn’t compete with pornography for her boyfriend’s attention, then perhaps becoming the most visible pornographic icon of them all is one way of getting revenge and defeating the competition once and for all.

Cyrus isn’t alone in her conundrum.  A growing number of surveys have shown that pornography is ruining relationships all over the world.  Young men like Hemsworth have grown up in a world where explicit material is only a mouse click away – and it’s driving a wedge between them and the women Cyrus refers to as ‘real girls.’

Another young writer, Davy Rothbart, wrote a piece for New York Magazine called, “He’s Just Not That into Anyone.”  In it, he talked about the problems with intimacy pornography has caused for him and for many other men he interviewed.

“The initial symptom for a lot of guys who frequently find themselves bookmarking their favorite illicit clips appears to be a waning desire for their partners,” Rothbart wrote.  “For a lot of guys, switching gears from porn’s fireworks and whiz-bangs to the comparatively mundane calm of ordinary sex is like leaving halfway through an IMAX 3-D movie to check out a flipbook.”

If that’s the case, then Cyrus’ approach to the problem is like using gasoline to put out a house fire. She may be young, but she’s been in the spotlight long enough to know that her actions have repercussions for more than just herself.  By forcing her brand of pseudo-pornography onto the mainstream airwaves, she’s only exposing even more men (and even worse, young boys) to graphic sexual images with which their partners will be helpless to compete.  Other young women will suffer just as Cyrus did – and the fantasies by which their partners will be haunted will have been planted by Cyrus herself.