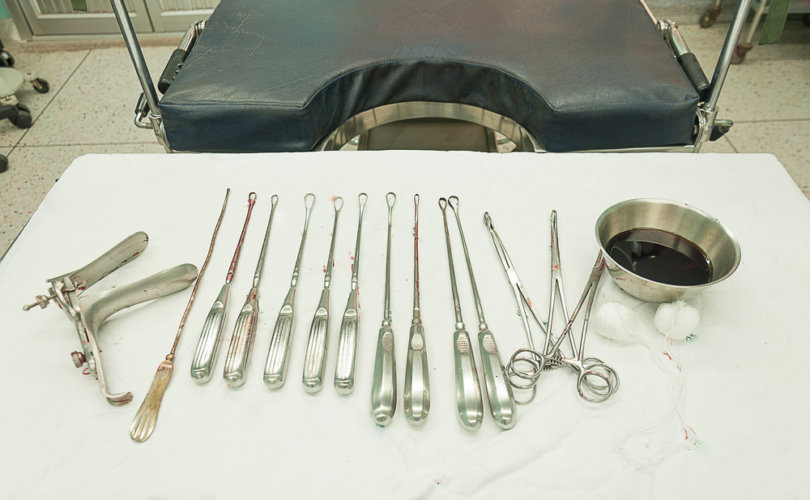 March 6, 2020 (LifeSiteNews) – A familiar and over-used talking point for those who advocate for legal abortion is that the decision whether or not to have one should belong to “a woman and her doctor.”

These words suggest that there is in fact a doctor-patient relationship in the first place, which implies that the doctor has the woman’s best interests at heart and knows her and her medical history well enough to recommend a medically indicated course of treatment.

This, however, is not the case in the context of abortion.

The vast majority of abortions in this country take place in free-standing abortion clinics that began popping up the day after Roe v. Wade. At one time there were more than 2,176 of these killing centers as doctors decided to cash in on this new and lucrative method of reproductive exploitation. Now there are just 714 but they are still responsible for ending the lives of just under a million children a year.

While it’s a stretch to call some of these abortionists “doctors” and even more of a stretch to call abortion “medicine,” it is no exaggeration to say none of them have relationships with their patients. Some may perform two or more abortions on the same woman, but that’s a dangerous liaison and nothing more.

Women from the Silent No More Awareness Campaign and Operation Outcry told the stories of their own abortions during a pro-life rally in front of the Supreme Court this week. Many shared strikingly similar reactions to their abortions, which is remarkable when you consider the different circumstances that led them to that choice.

One point that kept surfacing throughout the many testimonies was that this “woman and her doctor” notion is a lie.

“I gave three abortionists money to take care of my problem,” Rebecca Porter testified. “I never had a doctor-patient relationship with any of them. It was strictly a financial transaction.”

The nature of this fictitious doctor-patient relationship is at the heart of one of the questions the Supreme Court is grappling with in the Louisiana case, June Medical Services LLC vs. Russo.

The justices also have agreed to review a legal standard that lets abortionists challenge laws on behalf of their patients. Abortionists do not push back against these laws for the benefit of women with whom they have long-standing relationships; the challenges are brought in their own self-interest.

During oral arguments, Justice Samuel Alito said: “A party should not be able to [sue] ostensibly to protect the rights of other people” if that party has interests that are at odds with the people whose rights it claims to be protecting.

The record in this case and across the country demonstrates that abortionists do not have the best interests of their clients at heart. They deceive them, subject them to unsafe and unsanitary conditions, fail to properly monitor their condition or follow up on emergencies, and engage in a whole range of other objectionable behaviors which, unfortunately, have become the norm of America’s abortion industry rather than the exception.

Allan Parker of The Justice Foundation was inside the courtroom for oral arguments. He stopped to talk to me on his way out, and he posed a profound question.

“Why should someone who profits from poor care,” he said, “be able to set aside health and safety regulations?”

Another key aspect of the case is the provision of Louisiana’s law requiring physicians in the state to have admitting privileges in hospitals near their killing centers.

In a recent op-ed, Dr. Christina Francis, chairman of the board of the American Association of Pro-Life Obstetricians and Gynecologists, explained why admitting privileges are so important:

“When a woman is brought into the hospital experiencing post-abortive complications, she is likely to see a doctor like me—an OB-GYN hospitalist—with whom she has no previous relationship. Rarely do patients arrive with a medical file; often there hasn’t been so much as a phone call from the clinic. By the time I see a patient, she has typically wasted precious time—hours in some cases—filling out forms and navigating the emergency room.”

A doctor with admitting privileges, on the other hand, would be able to fast-track that patient’s care.

“Admitting privileges won’t save babies,” a woman named Ashley from Louisiana testified during Tuesday’s pro-life rally. “But it might save the lives of women.”

The nine justices of the U.S. Supreme Court will ponder these questions for the next several months. Let’s pray that their answer will be about what’s best for women, rather than what’s most lucrative for abortion profiteers.

Father Frank Pavone is the National Director of Priests for Life.