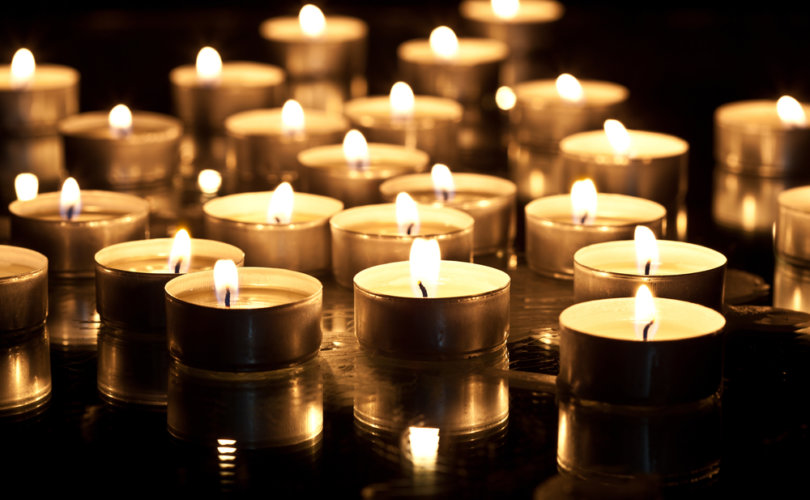 August 27, 2018 (The Catholic Thing) – As virtually the whole world now knows, Carlo Maria Viganò, the former papal nuncio to the United States, has published a blockbuster 11-page letter, naming names of people involved in sexual abuse and cover-ups in America, and their enablers in Rome, up to the very highest levels, including Pope Francis. He provides dates and details and information on where the relevant documents may be found; speaks of persons who can corroborate his story; and has called on everyone implicated, including the Holy Father (who already knew about McCarrick in 2013 and did nothing, he says), to respect the Church's Zero Tolerance policy, become an example to others, and resign.

I knew Viganò somewhat in Washington and always liked him; he was the best Vatican ambassador we've had in recent years. My esteem had grown, even prior to this letter. At Rome's Marcia per la Vita (March for Life), bishops do not participate (the Italian bishops' conference, displaying deeply misplaced faith, thinks it should work through elected politicians, not public demonstrations). At the last one, I saw Cardinal Burke and Bishop Athanasius Schneider; as for other bishops – only Viganò.

Many call him as a man of honesty and integrity. This comes through clearly in passages from his letter such as this:

My conscience requires me also to reveal facts that I have experienced personally, concerning Pope Francis, that have a dramatic significance, which as Bishop, sharing the collegial responsibility of all the bishops for the universal Church, do not allow me to remain silent, and that I state here, ready to reaffirm them under oath by calling on God as my witness.

Defenders of the pope have already raised questions about specific details of the letter. Those will all be settled in good time. But no one has disputed the overall picture, which can be easily confirmed – and probably will be, if there's any real accountability. The Vatican has so far been silent; Francis declared that he would not say a word for now on the flight back from Dublin to Rome.

Today, I'd intended to give a wrap-up of the papal trip to Ireland (I left as he was arriving because it's actually easier to follow the pope's movements via electronic media than in the mob). One Irish journalist was already lamenting before the pope even arrived that “this visit feels too much like a ceremonial procession.” Given the destruction that sexual abuse has caused not only to numerous individuals and families in Ireland, but Chile, America, Honduras, Australia, and many other nations, I suggested weeks ago that the World Meeting on Families should be canceled and a penitential procession, to be repeated annually, should take its place.

That all seems like ages ago now on a planet far away. Just Friday, at the alternative conference on the family sponsored by the Lumen Fidei Institute in Dublin, somewhat to my own surprise, I played the prophet and predicted that more major revelations, in addition to the McCarrick case, were going to erupt within weeks.

And it's just at the beginning.

We are in for a long string of painful days now, but I believe it will become a “cleansing fire.” Many in the Church hierarchy, especially in Rome, are still under the delusion that they can manage this monstrosity. They can't.

The American bishops took a while, but finally realized that they had to take at least some action after the McCarrick revelations. In his letter to American victims of abuse – and in remarks during his visit to Ireland – Pope Francis basically expressed his confidence that existing safeguards can deal with the various situations. No need to create special tribunals, etc. This is fantasy and will soon be widely seen as such, to the further detriment of the pope's credibility if he doesn't take serious, large steps. As one commentator put it: “Pope to U.S. Church: You're on your own.”

Pope Francis already found in Ireland that expressing the Church's sorrow and shame over failures placates no one. People want action – and answers. To begin with, Viganò says McCarrick was 14thon the list to become archbishop of Washington. Who in Rome moved him up to the top? Cupich and Tobin were not on the lists of bishops submitted to the Vatican for Chicago and Newark. Who promoted them? And why?

We also have to start asking the right questions about the mess as a whole. It wasn't “the Church” that committed crimes and abused power. Neither was the problem a general “clericalism,” but the acts of specific individuals and others who protected them. Unless, as the anti-Catholics say, the Church is really a criminal syndicate, we want to separate the sheep from the goats now.

According to Viganò, McCarrick and Honduran Cardinal Oscar Maradiaga (himself under suspicion for financial misdealings and widespread scandal at his seminary), were instrumental in the appointments of Cardinals Cupich and Tobin (Newark), as well as Cardinal Farrell to the Dicastery for Laity, Family, and Life. And in the election of Jorge Bergoglio as pope.

At the very least, every one of those named now – and the list goes on – is under a cloud, given that the Catholic bishops themselves have, sadly, put in question their own right to be considered innocent until proven guilty. How for instance, was Cardinal Tobin just appointed by Pope Francis as one of his personal choices to participate in the upcoming Synod on Youth? Tobin, it should be recalled, said he knew nothing about payouts and settlements over McCarrick in the very diocese he currently heads. Same with Farrell. Same with Cardinal Wuerl, though Viganò provides convincing evidence and says Wuerl is lying shamelessly.

His whole letter is worth studying carefully. One episode I find quite revealing: when Viganò first met the Holy Father as Nuncio, Francis asked him in conversations about McCarrick and Wuerl, what they were like or whether they were good. (Francis also said American bishops must not be “ideologized” [sic] – neither right nor left, but he specifically mentioned “Philadelphia,” i.e., Archbishop Chaput.) Viganò only realized later that Francis was really asking whether he, Viganò, would support McCarrick and Wuerl, despite the damning information he'd just provided.

The pope had never been to America before his trip in 2015, knows little about us, and relies on figures like McCarrick and Maradiaga, and others like Antonio Spadaro and Marcelo Figueroa, who have expressed a quite laughable view that traditional Catholics and evangelicals have forged an “ecumenism of hate” in America. Even liberal Catholic outlets were embarrassed by that spectacle. In fact, if you put together the various names in Viganò's letter, almost all of Francis' closest advisors lie close to the heart of the problem, not its solution.

If there is a solution now, it's going to come primarily from lay people and the few bishops – so far – willing to speak candidly and do something. All Catholics everywhere now must firmly keep pressing the Church to come clean. Completely. No one gets a partial or plenary indulgence. No one. Nothing else will do.

As for those who are compromised: it would be wise to be careful what you say and do next. The old days of deception and delay, even in Rome, have ended. People are watching who steps forwards and who doesn't; who tries to spin obvious facts and hide behind pious platitudes; whether heads roll or it's all talk.

Much of what was hidden – including any further lies or actions – will become known now. Stonewalling will only make the ultimate day of reckoning even worse.