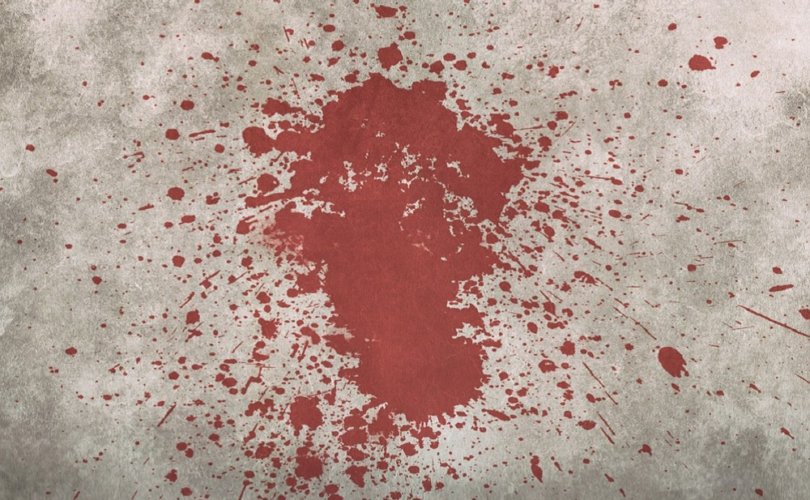 November 2, 2018 (WND) – It's not a Halloween horror flick, and it's not some gruesome, colossal joke. Child mutilation and infant sacrifice are becoming so widespread in America that they are now considered sound health care and even “blessings” from God.

When are we going to wake up and end this nightmare?

No sane person calls an abortion clinic a “sacred space,” yet that's the theme of an upcoming Planned Parenthood event in Columbus, Ohio – another example of leftists losing their minds.

Meanwhile, abortionists have no monopoly on child-abusing medical procedures. The bodies of vulnerable children are being forever mangled by white-coated adults at the exploding number of “transgender” clinics in America.

As children are physically deformed for life, and killed in abortion clinics, we know that Adolf Hitler, a committed eugenicist, would be proud. So would the Old Testament pagan gods of child sacrifice.

On Friday, Nov. 9, a Planned Parenthood clinic on the east side of Columbus, Ohio will hold an interfaith “blessing” on its facility, a place where the lives of unborn children up to 19 weeks' gestation end.

Please join Planned Parenthood of Greater Ohio, the Ohio Religious Coalition for Reproductive Choice, faith leaders, and honored guests for an interfaith gathering. Reception to follow. … Anti-abortion advocates do not have the monopoly on faith or God. Many faith leaders and people of faith hold that accessing and providing abortions are good and godly decisions.

During this clinic blessing, participants will gather with local faith leaders and guests to ask for God's blessing upon Planned Parenthood of Greater Ohio's East Columbus Surgical facility, the abortion providers and staff, and all those who pass through the center. In celebration of conscience and moral decision making, this event will include interfaith blessings, prayers, and testimonies about receiving and providing abortion care. This clinic blessing will create space for progressive voices of faith to speak boldly in support of comprehensive reproductive health care, especially abortion.

Well, thankfully a peaceful presence is expected from those who wish to preserve the lives of children and abolish abortion. This blasphemy and justification for death will not go without an appropriate response.

Her ministry convenes weekly at a United Methodist facility near the Ohio State campus, a congregation that regularly marches in the Columbus “gay pride” parade.

We all know that no sorcery of ritual cleansing can wash away the blood. Planned Parenthood clinics are not “sacred spaces” but slaughterhouses.

The only spiritual being attentive to such prayers will be Satan, who delights in the death of the young.

Witches are certainly active these days. They organized a “hex” charity event in Brooklyn on Saturday, Oct. 20 directed at Brett Kavanaugh, with some proceeds going to Planned Parenthood. As far as anyone can tell, Kavanaugh is still a Supreme Court justice and has not turned into a frog.

America also calmly accepts the mutilation of children in “transgender” health centers at some of the most prestigious hospitals in the nation. In the past few years, the number of such programs in children's hospitals has risen dramatically, where the science of biological sex is ignored while clinically based shamanism reigns.

They provide puberty-blockers to halt the natural development and growth of children. Artificial hormones are then prescribed to create the appearance of the opposite sex in troubled teens. There are huge health risks for these medications and no research exists to justify these protocols.

Some hospitals offer surgery where teen girls' healthy breasts are amputated. In later teen years, fake penises and vaginas can be constructed. Are you sick yet?

Then there's the question of castration, usually done around age 17 or 18, but watch for this trend to move toward younger boys, because the activists will demand it.

At some hospitals, girls are now considered “eligible” for unneeded mastectomies at age 13.

How tragic that there are now so many locations where minor children can be taken by misguided parents to begin an experimental regimen of poison and butchery, with irreversible consequences that usually include infertility.

Sometimes these programs are supported with funds from highly questionable sources. In June 2018, Cincinnati Children's Hospital's “transgender” clinic received $2 million from the CEO of a company called Pure Romance. It's a company that sells sex toys, and the executive and his wife have a gender-confused child.

Cincinnati Children's now begins treatment of children as young as age five. Some concerned Ohioans have asked the Ohio State Medical Board to investigate.

How long before these hospitals open departments of “pediatric euthanasia” – professionally managed, of course? It's already underway in Canada.

All the feminist jargon and “LGBTQ” victim-posturing in the world can't justify the blood, death and human rights abuses of abortion and child sex-tampering.

We know the blood of Christ will cover any who repent.

But those who practice medical barbarism, and those who think God will bless abortions, have consciences very far from the Lord. May God reach their hearts and forgive them, and may He rescue our young – the sooner, the better.