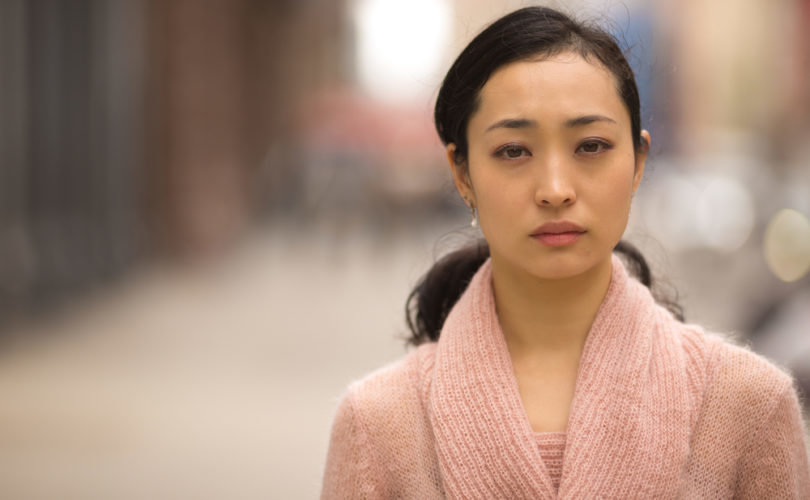 September 17, 2015 (POP) — Will the Chinese Communist Party loosen the stranglehold it has had on reproduction since the late seventies? There has been much speculation that the 13th Five-Year Plan, to be released next month, will significantly relax the well-known One Child Policy.

If the regime does back away from its draconian birth limits, it won’t be because senior Party officials have suddenly developed a conscience. Rather, it will be because they have finally realized that a shrinking workforce and a rapidly aging population are crippling future economic growth.

For at least the past two years, China’s workforce has been shrinking. Last year, the potential workforce fell by 3.71 million, a significant number even by China’s standards. At the same time, the over-sixty population is exploding. According to U.N. projections, it is expected to more than double by 2050. China is growing old before it grows rich, and the strains on China’s nascent pension programs will be enormous.

As Bloomberg reports, Mu Guangzong of the Institute of Population Research at Peking University has emphasized that “[China] must move from restricting childbirth to encouraging it as soon as possible.”

The One Child Policy has caused fertility rates to plummet over the past three and half decades. The U.N. Population Division estimates fertility rates today sit at an anemic 1.55 children per woman, far below the replacement level of 2.1. One scholar has suggested that due to a deeply skewed sex ratio in China, the replacement rate is closer to 2.3. Many Chinese men will never marry and never have children.

Sex-selective abortion has reached epidemic proportions in many parts of the country. The strong preference for sons in Chinese culture, especially in rural areas, has resulted in the deaths of millions of unborn baby girls. While the natural sex ratio at birth is 106, data from China’s 2005 intercensus survey show that country’s average to be a lopsided 119 boys for every 100 girls. Others have perished from female infanticide, malnutrition and neglect.

The overall loss of human life in China is staggering. China’s own Ministry of Health estimated in 2013 that 336 million babies had been aborted as a result of the onerous population control program. With an estimated 13 million abortions taking place in China every year—almost 1,500 lives per hour—the number is likely significantly higher today.

The Policy has also resulted in the sterilization of over 222 million women and men. Many sterilizations have been used as punishment for couples failing to meet stringent birth quotas. Some women are not even aware that they have been sterilized until months later.

Fertility cycles are charted and tracked by family planning officials. Women in many locales are forced to appear for mandatory sonograms or pelvic examinations every few months. If a woman is discovered to be “illegally” pregnant, she is coerced into having an abortion.

Forced abortions are commonplace. Women found to be pregnant without a birth permit are required to abort under the pain of crushing fines which run from three to five times their family’s annual income. They also face imprisonment of family members, confiscation of personal property, and demolition of their homes. Recently, a media firestorm in China was ignited when a woman eight months pregnant was told her husband would lose his job if she did not abort, another common practice.

Reports of women being dragged to abortion clinics are not uncommon. Family planning officials have been known to force their way into private homes and cart women away to abortion facilities.

As Ma Jian reports in The New York Times, women have been known to be tied down to hospital beds as they wait for their baby to die from the lethal injection administered directly through the abdomen:

For two days she writhed on the table, her hands and feet still bound with rope, waiting for her body to eject the murdered baby. In the final stage of labor, a male doctor yanked the dead fetus out by the foot, then dropped it into a garbage can. She had no money for a cab. She had to hobble home, blood dripping down her legs and staining her white sandals red.

Babies have been given the lethal injection up to the point of birth, even as they are descending the birth canal. Some are born crying, only to die moments later, turning cold and motionless on the operating table.

Chinese President Xi Jinping first sought to loosen the policy in 2013. It was announced that couples where both the husband and the wife were themselves only children would be allowed to have a second child following the birth of their first. The response was underwhelming as few couples applied for a second birth “permit.”

This suggests that a second, greater dispensation for couples to have second children may be in store. But don’t expect it to stop there. A government bent on controlling the fertility of its people will do whatever necessary to produce the number of children it thinks necessary.

After all, the One Child Policy is only one phase of the larger Planned Birth campaign. This is Beijing’s ongoing campaign to control the reproduction of the Chinese people under a state plan in the same way that it controls the number of tanks, or the number of coal-fired power plants, that it builds each year.

This means that, if the Chinese people refuse to conceive and bear the number of children that the state demands, childbearing will become mandatory. Women will be forcibly inseminated, regular pelvic examinations will be instituted to monitor their pregnancies, and abortions will be forbidden.

Unless and until the Communist regime abandons its Planned Birth policy, and allows couples to freely choose the number and spacing of their children, abuses will continue.

And since when has a one-party dictatorship ever voluntarily relinquished even a portion of the power that it wields over its people?