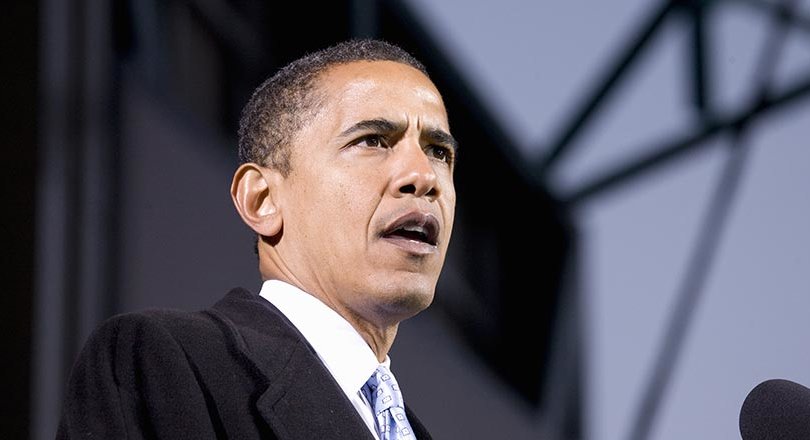 October 1, 2019 (American Thinker) — My California cousin is a hair-on-fire liberal Democrat. That fact notwithstanding, he admirably belongs to the rapidly shrinking number of patriots in the party he's supported all his adult life. According to a 2018 Gallup survey, patriotism is cratering in the modern Democratic Party, with less than a third of today's Democrats extremely proud of their country. Less than a third, and trending sharply downward.

That should be troubling to my cousin.

When he started his career in the 1960s, patriotism ran so deep in both parties that I doubt it even occurred to Gallup to do a survey on love of country back then. According to CNN, Gallup's first survey on patriotic fervor wasn't done until 2001. But attitudes in political parties can change dramatically over time.

A sharp turn toward the hardest edge of the hard left

In addition to Gallup's finding that love of country is dropping like a rock among Democrats, there are other clues that the party once led by genuine American patriots — Democrat icons such Adlai Stevenson, JFK, and Hubert Humphrey — has soured on the country those great men loved with all their hearts.

From rank-and-file Democrats siding with NFL anthem kneelers to the San Francisco School Board voting to conceal a Depression-era mural depicting George Washington, indications abound that today's Democrats see their country as an irreparably unfair and oppressive place. And no wonder, because the modern Democratic Party has also given up on the two-party capitalist system that created the most free and prosperous nation the world has ever known. According to another 2018 Gallup survey, an astounding 57% of today's Democrats are infatuated with socialism. A more recent poll, by Public Opinion Strategies, reported an even more mind-boggling finding: that 77% of Democrats are advocates of socialism, the principles of which are outlined in The Communist Manifesto.

My cousin once told me that during trips he'd taken to socialist countries in connection with his job, he'd witnessed the glaring failures of socialism many times. I don't remember what got him started, but he began venting about the wretched conditions he observed in every socialist country he ever visited, all of them. Obviously grateful that he was born in capitalist America — he lives in a million-dollar home and owns a private plane — he ended his anti-Marxist speech with this unambiguous declaration: “I want nothing to do with socialism.”

My cousin is a patriotic Democrat and a strident anti-socialist. He loves his country and hates socialism, yet he is totally blind to the profoundly un-American direction the party he supports has taken. When I present him with credible information in that regard, such as the respected surveys cited above, he reflexively reaches deep into his tiny bag of rational rebuttals and then, upon finding it empty, responds with the kind of sarcastic, non-serious political comment that pollutes the web.

Birds of a feather

From the time Barack Obama announced for the presidency, my cousin was among his most enthusiastic supporters. Having grown up in an era when black people were still being lynched, he saw the prospect of a black president as cause for hope that America would continue on the noble path of moving ever farther away from its deplorable history of slavery and segregation. One of our aunts told me that the night Obama was elected, my cousin called her literally crying tears of joy.

My cousin still believes that Obama is the messianic figure he was portrayed as by a fawning media: a flawless American leader in love with his country and its two-party capitalist system. Assuming that my cousin is a patriot who sees socialism for the lie it is, he had to be taken aback to learn that Obama has associated all his life with a long line of influential mentors with deep contempt for America and its capitalist system. The list of those Marxist birds of a feather includes:

Barack Obama, Sr., a Harvard-educated Kenyan Marxist whose political views inspired his son to write Dreams From My Father, the memoir in which the younger Obama revealed his “affinity for Marxist professors and radical student groups.”

Saul Alinsky, the socialist community organizer so admired by Obama that he (Obama) taught Alinsky's “ends justify the means” tactics to students at the University of Chicago.

Thanks to me, my cousin knows about those troubling associations with people who detest this country. (What he doesn't know is that there were many more such people in Obama's past.) He also learned from me that Obama vowed five days before his first election to fundamentally transform the United States of America. To fundamentally transform a nation means to bring about profound changes to its principles, values, and institutions. In the case of America, that means upending its economic and governing systems. America always needs improving, but is it such a sorry place that it must be fundamentally transformed? Obama and the Democratic Party obviously think so, but I don't think my cousin does, unless his views have undergone a fundamental transformation of their own.

For the sake of argument, let's say his views on socialism haven't changed and that he is a patriot. If that's the case, why won't he acknowledge the devastating truth about the party he supports, a truth that's staring him squarely in the face?

No informed person can fail to recognize that the modern Democratic Party is attempting to fundamentally transform America into a single-party socialist nation. But because the human ego is loath to admit it's been duped, especially about politics, many Democrats who love their country will likely continue allowing themselves to be led like sheep into the closing noose of the hammer and sickle.

Like distracted grazers in lion country, patriotic Democrats like my cousin won't realize what happened until it's too late.