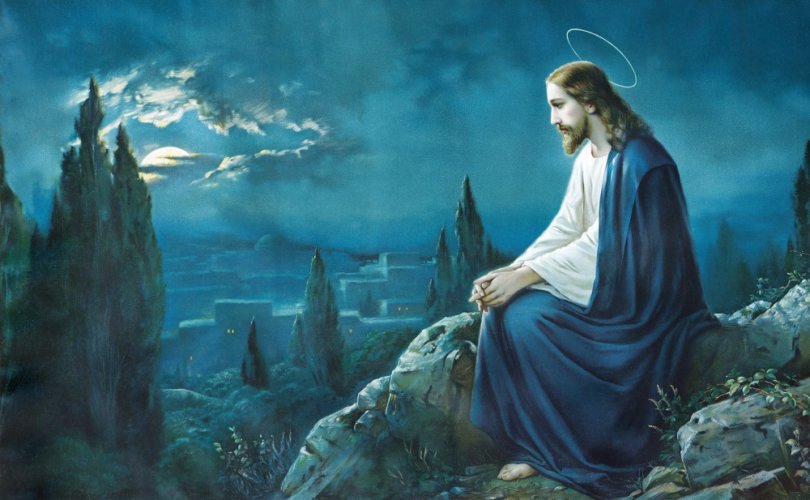 January 11, 2021 (Defenders of the Catholic Faith) — I wish I had a dollar for every time someone has said to me, “That was not very Christ-like.” This response usually comes after being honest to the point of making someone upset. The implication is that Jesus was a cuddly little nice guy who was always smiling, always accepting with kind words — in short NICE.

In America we tend to be pretty nice, except maybe if you live in New York City. But in contrast to the rest of the world we tend to be very polite, genteel, gracious and nice. Tour guides in other countries say that Americans are the nicest people. We transpose our niceness onto Jesus and think he was a lot like us.

But does LOVE = NICE?

Of course Jesus was loving. He is God after all and God is love (1 John 4:8). We also know that love does not always equate to NICE. God allowed Paul to have a thorn in the flesh to keep him humble (2 Cor 12:7). Three times Paul prayed for it to be removed. God said NO. God was not acting very American. He certainly wasn’t very nice about it.

Nice is defined primarily as “pleasant or commendable, kind or friendly” (Collins English Dictionary). It originally comes from the Latin meaning “simple, silly or ignorant.”

There is such a thing as “tough love.” It is the kind of love that cares enough to be honest, to confront, to discipline, to cause temporary pain to bring about eternal glory. On the surface “tough love” does not always appear to be nice. How often has a child, sent to the corner blurt out “You are not very nice!”

Like Aslan the Lion in C. S. Lewis’ Narnia series, Jesus is approachable and loving, but don’t ever consider him “tame” or too cuddly. Jesus is God as well as man. He expressed the wrath and anger of God as well as the mercy and love of God.

Imagine coming to the Temple in Jerusalem one day to pray. You hear a great commotion and run over to see an angry man throwing over tables, grabbing the money from the merchants and throwing the money on the ground.

But worse, you see him make a scourge of cords — a whip — and striking people with it. You are shocked that anyone would be so rude and destructive, so inconsiderate and mean to lash people with a whip. People ran in fear! Everyone was upset. Jesus was red in the face and scowling. It certainly wasn’t very “Christ-like.” How nice was that?

Jesus was always loving, but he was not always nice, as we Americans count niceness. Here is just one example. Jesus spoke very harshly to his fellow Jews.

“Woe to you, scribes and Pharisees, hypocrites! for you are like whitewashed tombs, which outwardly appear beautiful, but within they are full of dead men’s bones and all uncleanness. So you also outwardly appear righteous to men, but within you are full of hypocrisy and iniquity. . . . You serpents, you brood of vipers, how are you to escape being sentenced to hell? (Matthew 23:27, 28, 33).

Ouch! It doesn’t sound very kind and courteous: not very thoughtful or nice!

So, maybe there is more to WWJD (What Would Jesus Do?) than we’ve been led to believe. Maybe we shouldn’t worry so much about being nice, being liked, acting like genteel Americans. Maybe we ought to be more honest and forthright about the things that really matter. Maybe we should be more willing to hurt some feelings, step on some toes, show tough love to those in sin.

Maybe we should be more Christ-like.

Published with permission from Defenders of the Catholic Faith.