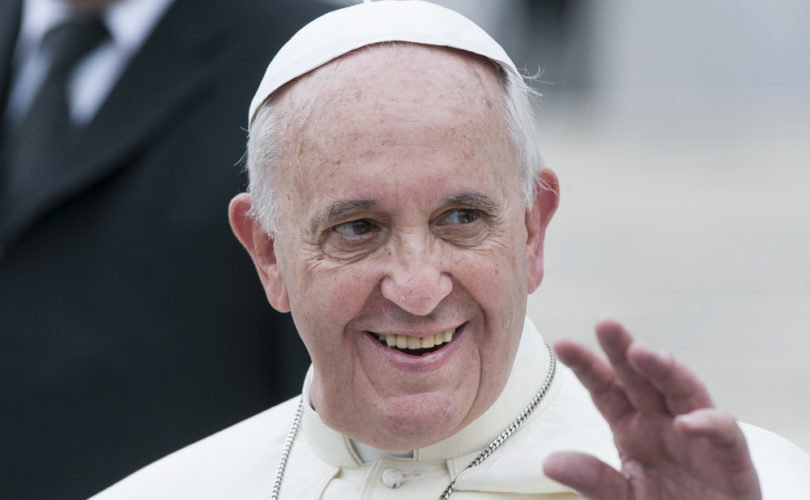 August 26, 2016 (CatholicCulture) — A Catholic World News headline story about problems with the sex education guide issued by the Pontifical Council for the Family sheds more light — or perhaps I should say, casts a darker shadow — on a story that appeared earlier this month about new appointments to the Roman Curia.

The release of the sex-ed program was not the first time that Archbishop Paglia has raised the hackles of more conservative Catholics. Last year, he organized a series of seminars, leading up to the Synod on the Family, with a list of speakers heavily tilted toward the “Kasper proposal” for allowing divorced-and-remarried Catholics to receive Communion.

In naming Archbishop Paglia to his new post, Pope Francis also gave him some public instructions, encouraging him to focus on “the new challenges concerning the value of life.” The Pope elaborated:

I refer to the various aspects concerning the care of the dignity of the human person in the various ages of existence, mutual respect between genders and generations, the defense of the dignity of every single human being, the promotion of quality of human life that integrates the material and spiritual values, in view of an authentic ‘human ecology,’ which helps to restore the original balance of creation between the human person and the whole universe.

Conspicuously missing from the Holy Father’s list of concerns were the sort of clear-cut statements on abortion and euthanasia, divorce and contraception that Catholics came to expect during the pontificate of St. John Paul II. And remember that Archbishop Paglia will also be serving as chancellor of the scholarly institute named for the saintly pontiff. There, too, changes are in store.

Msgr. Livio Melina, who has earned international respect as the president of the John Paul II Institute — and as an energetic defender of the teachings put forward by St. John Paul II on marriage and family life — is being replaced. (Msgr. Melina was forthright in his defense of the Church’s traditional teaching that divorced-and-remarried Catholics cannot receive the Eucharist, and that recent papal statements do not change that doctrinal stand.) The new president is Msgr. Pierangelo Sequeri, who was described in the Vatican announcement as a theologian, but is better known as the composer of a popular Italian hymn.

Neither these new leaders nor the Pope’s instructions to them inspire confidence that the John Paul II Institute will continue to promote the teachings of the late Polish pontiff. And unfortunately these are not the first indications that the work of the Institute — and, more importantly, the teaching of John Paul II — are being downgraded. Remember that the John Paul Institute was not represented among the participants in the first meeting of the Synod for the Family, and in Amoris Laetitia, his final summary of that Synod, Pope Francis was sparing in his citations of the tremendous work that John Paul II had done on the same topic.

The appointments of Archbishop Paglia and Msgr. Sequeri were announced on August 17 along with the higher-profile appointment of the American Bishop Kevin Farrell, formerly of Dallas, as the first prefect of the new dicastery for Laity, Family, and Life. In his charge to Bishop Farrell, Pope Francis said that the mission of the new office should be “ever more clearly inscribed within the horizon of mercy,” and referred to his image of the Church as a “field hospital” that should serve especially “individuals most threatened by the new culture of competition and disposal.” Few Catholics would disagree with that mission, I trust. But there is a distinct difference in tone between Pope Francis, with his complaints about a “throwaway culture,” and Popes John Paul II and Benedict XVI, with their grimmer portrayal of a “culture of death.”

Different Church leaders use different rhetoric, of course, and a change in tone does not necessarily mean a change in policy. But it is also noteworthy that Pope Francis, in his discussion of threats to marriage and family life, does not speak about the intrinsic evils that were condemned in Veritatis Splendor. (In fact, that landmark encyclical is never cited in Amoris in Laetitia!) The key question — sharpened by these latest Curial appointments — is whether Pope Francis is deliberately moving away from the teachings of St. John Paul II on marriage, family, and life.