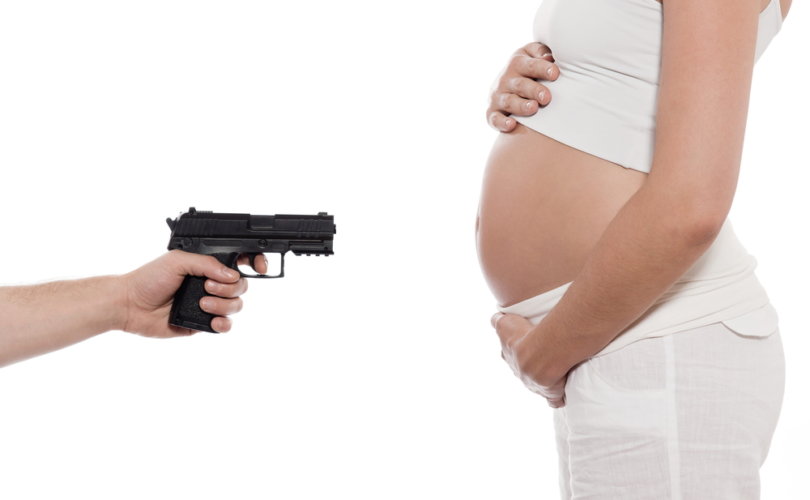 April 12, 2017 (LifeSiteNews) — On October 19, 2016, our Members of Parliament voted down Bill C-225 (Cassie and Molly’s Law), a law that would have allowed additional charges to be laid against a killer who took the life of a woman he knew to be pregnant. The law was considered unnecessary, and fear was strong that this recognition of wanted children would lead to a reopening of the abortion debate. Many MPs spoke of the greater need for a national strategy addressing violence against women, calling this one small bill insignificant in addressing the larger need. They chose to do nothing rather than take one small step.

On April 7, less than six months later, 27-year-old Arianna Goberdhan, 9 months pregnant, was murdered. From reports, it seems the baby did not survive the beating she took prior to her death. Her husband has been arrested and charged, but not in connection with the death of Goberdhan’s baby.

Three months ago, I had my son three weeks early. Had Arianna also been so fortunate, her baby would have survived. Had her husband then attacked that baby along with his wife, he would feel the full weight of the law in regards to two murders. This discrepancy in charges based solely on timing is heart wrenching. Anyone who has ever seen a woman at nine months pregnant is well aware that the baby could literally come at any time. Now, Ms. Goberdhan’s baby will never be recognized as the person he or she was, because we could not protect the mother who bravely carried this child for so long.

Violence against women is a serious issue, our MPs were right about that. But to call for a “national strategy” or “committee investigation” while ignoring a tangible bill right in front of you is simply ridiculous. Bill C-225 might not have prevented Ms. Goberdhan’s death, this is true. What it would have accomplished, though, is justice that recognized her choice to spend almost a year of her life nurturing new life. Allowing her baby to be acknowledged publicly as a victim would honour her family’s grief, and honour the choice she made to carry her child.

Bill C-225 was introduced largely because Molly, a pre-born baby who died when her mother was murdered, had a father left behind who cared deeply. Her father, Jeff Durham, wanted her recognized as a victim along with her mother because that recognition would be a validation of the choice Cassandra Kaake made to be a mother. In the case of Ms. Goberdhan, who will fight for her baby? Who will miss that awaited child silently, knowing justice can never be fully served?

Fear of the abortion debate, and the hardline stance of the Liberal government on this issue, have contributed to a state of immense imbalance when it comes to a woman’s choice. When will we stop devaluing mothers out of fear of offending those who have chosen not to be mothers? When will we celebrate mothers who choose life as much as we celebrate reproductive choice?

If we want to tackle violence against women, we need to tackle tolerance with truth. The truth is, many women want to be mothers. When the unthinkable happens, as in the tragic case of Arianna Goberdhan, we honor her choice by stating the obvious that she can no longer state for herself: her pre-born baby is a victim of violence as much as she is, and the offender must be charged and sentenced accordingly.

Anna Nienhius is the Research and Policy Coordinator for WeNeedaLAW.ca, a public awareness campaign that mobilizes Canadians for the purpose of passing laws that protect pre-born children.