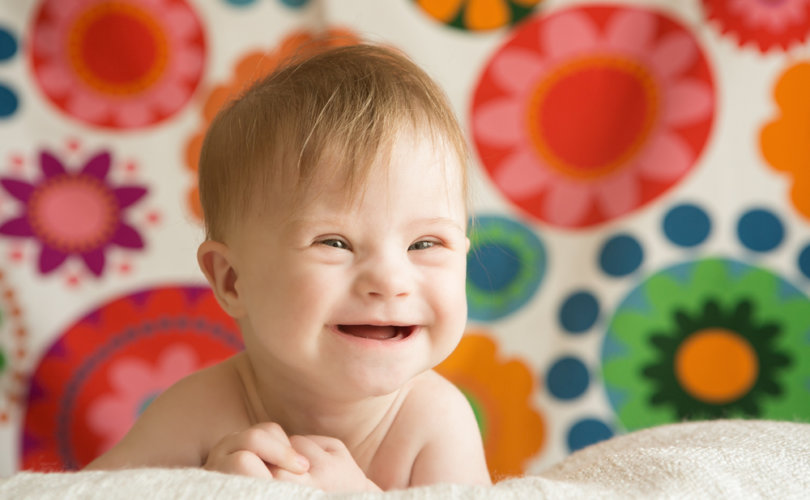 In the article Lévesque interviews people from the disability community, from the medical community, and myself, on the topic of whether young children should be permitted to be killed under the purview of Canada’s assisted suicide legislation.

Dr. Louis Roy, from the Quebec College of Physicians, told the Commons’ Special Joint Committee of Medical Assistance in Dying (MAID) on Friday that his organization believes MAID can be appropriate for infants up to age one who are born with ‘severe malformations’ and ‘grave and severe syndromes’ for which their ‘prospective of survival is null, so to speak.’

Most families of children born with disabilities are told from the start that their child will, in one way or another, not have a good quality of life…

Canada cannot begin killing babies when doctors predict there is no hope for them. Predictions are far too often based on discriminatory assumptions about life with a disability.

An infant cannot consent to their own death. This isn’t MAID, it’s murder. And providing MAID to a person who cannot consent is a standard that is wildly dangerous for all persons with intellectual disabilities in Canada.

She then quoted me saying that legalizing infant euthanasia for babies who will die is simply not necessary.

To further clarify the position of the Québec College of Physicians, Léveque quoted from a December 2021 press release:

The press release said that MAID could be an avenue for infants who are subject to ‘extreme suffering that cannot be soothed, coupled with very dark prognostics,’ while adding that this treatment would have to be regulated by a ‘strict protocol.’

The College mentioned the Netherlands’ Groningen Protocol – a detailed process that includes unbearable suffering confirmed by at least one doctor and informed consent from both parents – as an avenue to explore in Canada for euthanasia for severely ill newborns.

It also recommended making MAID accessible to minors from 14 to 17 years old, with the authorization of parents or of a tutor, adding that suffering has no age and that it can be as intolerable as for adults.

Léveque continued the article by quoting comments made by National Post columnist Ben Woodfinden, who originally reported about Roy’s testimony:

Assisted death or suicide isn’t even the right word for what’s being described here. A baby cannot consent, a baby cannot decide they want to end their own life, it’s not about any kind of ‘choice’ or ‘autonomy.’ It’s straight up infanticide.

My disability was not diagnosed until I was four, but it was as though I had already ‘died’ because everybody was so abysmal towards being diagnosed with a disability.

I told Léveque that infant euthanasia is not about “autonomy” or “choice” and it opens the door to further expansions.

Now, it’s not about my autonomy, my choice. If I can do that to a newborn, why can’t I do that to someone who never asked for it, who never showed any interest in it but now has Alzheimer’s?

He added that the accepted criteria have evolved quickly since C-14 was passed in 2016 and C-7 in 2021. The sunset clause that temporarily restricts MAID for people whose sole underlying medical condition is mental illness will expire in March 2023.

Lévesque has written a thorough article, but further to this article the Groningen Protocol is not limited to children who will almost certainly die anyway. It also approves death for infants who are suffering or are likely to experience possible future suffering.

Once the door to killing without consent is completely opened, the swath of people who become eligible for being killed expands exponentially.