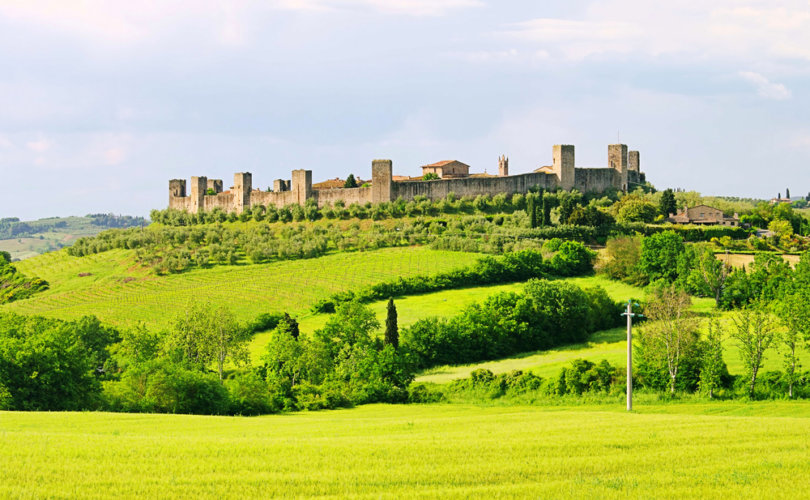 August 30, 2016 (HLI) — The word “sanctuary” comes from the Catholic Church. From Latin, meaning “holy place,” the word was used in the early Church, and still is used, to describe the place of the Sacrifice of the Mass. It was also used in the Bible (compiled and translated by Catholics) to describe the holiest part of the temple in Jerusalem, the Holy of Holies.

The word gained an additional meaning in the 14th century as a place of immunity from punishment when some were granted special protection from the law if they remained in Christian churches.*

Catholics and other orthodox-believing Christians and Jews have a special claim on the meaning and use of “sanctuary.” Maybe it’s time we called in the ticket on this etymological loan to the world and start holding local political structures accountable to the truths that are now under attack at the federal and state level. We need sanctuary cities for Christians.

There is a precedent for this: There are some 200 cities in the United States that have decided, through official policy if not in law, to not enforce federal laws on immigration. In essence, these “sanctuary cities” refuse to cooperate with federal agents when it comes to reporting crimes committed by those in the country illegally, arguing that such reporting would create a climate of fear and would ensure a lack of cooperation between migrant communities and local law enforcement.

Let’s set aside the merits of the different sides of this argument, and just note the widely accepted “progressive” precedent that a city has a right to ignore certain federal laws when its leaders see fit, and that they are generally left alone about the matter. Now, since we are in a post-constitutional United States, and since our media, universities, and federal government have made it mandatory that all must celebrate and constantly discuss the rapidly evolving sexual identity of a tiny but very powerful portion of the country, orthodox Christians are now considered a threat to the common good. And since “law” in the United States (with some honorable exceptions) is more and more simply an expression of the party in power, there is no reason to expect that faithful Christians and others who hold and defend life and the traditional understanding of marriage and family will receive the same quarter that sanctuary cities give to those in the country illegally.

Still, it’s time we give this a shot before it is too late, if for no other reason than to help awaken those believers who are still sleepily going along with the culture. As one LGBT-celebratory Christian leader has recently argued, the “middle ground is disappearing.” Writer Rod Dreher and others have noted this has been underway for some time. Dreher reports on his blog how a growing number of parents are surprised to find themselves having to pull their children out of grade school as gender ideology has become dogmatic seemingly overnight, and schools are constantly undermining parental rights and privileges.

This, of course, is not entirely new—what is new is the aggressiveness of the public authorities and popular culture in making sure that any sign of dissent on gender ideology is quashed mercilessly. As Monsignor Charles Pope argued recently, following Professor Robert George, Cardinal George, and others: it is time to prepare for martyrdom. The era of “comfortable Christianity,” as Professor George put it, is over. If you’ve been aware of this for some time, it is worth noting that there is now little debate from either Christians or those who look forward to the purge of faithful Christians from respectable society and basic American opportunity.

There will be no hiding from the assault, and Christians should not fear. Our goal should not be to claim some right to be mediocre Christians living comfortably in America—this has never been the natural state of Christianity. We are following a Man who was nailed to a Cross, not a man who has found a way to ingratiate himself with the powers that be even as the assault becomes more open.

But we do need authentic community. We need places where families can be raised in peace, where parents can trust teachers and administrators at schools not to brainwash their kids with the idea that a boy who thinks he is a girl (today) is suddenly a girl, or that contraception is “essential preventive medicine.” We need a place where, when the (possible, but I believe likely) “Federal Education Justice Act” is passed making homeschooling and authentic Christian education illegal, local authorities will tell parents: “We are progressive enough to ignore the federal law. You may continue to educate your children in accordance with your beliefs.”

We must be able to care for the most vulnerable without compromising our faith. Doctors and nurses should be able to practice their noble work of healing without being forced to kill the unborn or the elderly and disabled. Medical institutions must be allowed to reject the Culture of Death for one of authentic healing and care.

Business owners and workers must be allowed to do their work and flourish without having to celebrate moral corruption and keep their mouths shut. Florists, bakers, photographers, and all small business owners have the right to refuse to participate in celebrations of things they find immoral, just as any sane baker would justly refuse to provide a cake for a Nazi event. We say this for the principle, not in moral equivalence of the perpetrators, though we note with interest the similarity in tactics from those who would shut down anyone who disapproves of their views.

There are many Christians who continue to seek compromise rather than conversion with an increasingly hostile and aggressive Death Culture that would abolish the image of God in man through a growing variety of assaults on reality. Only the delusional still think there is room for compromise with the LGBT movement, which holds almost every seat in political, cultural and economic power, and has made inroads into the Church, to the point where we even hear bishops now demanding that the Church change her doctrine on marriage and sexuality, or act as if it doesn’t apply anymore.

I want to make this perfectly clear: There is a difference between running in fear and trying to escape reality, and a strategic retreat to a place of strong footing, from which a community can act in love and truth and build a real culture again. Children are not pawns in the “culture wars,” but know that the Culture of Death does in fact see them that way. You have no obligation to leave your children in vulnerable situations where their faith and values will be attacked. Indeed, you cannot do this as responsible parents, as this would be an abdication of your responsibility. Parents must be alert to what is already going on in your schools and act accordingly.

This also should be clear: we still have a privilege and responsibility to exercise the rights we still enjoy in this country. We serve justice by defending our beliefs in the public square and in voting and political advocacy. If in the near future a viable movement arises that will reverse the collapse of our institutions, we have not only a right but a responsibility to support it, and to do so passionately. We continue to pray that God will grant us such an opportunity, and that those called to lead will have the courage and generosity to do so, and to remain uncorrupted by the political process.

But notice that none of this precludes a robust movement to secure our rights and freedoms at the local level, at the level of the city or state whose leaders remain sober enough and have the courage to do what is right. Should the wider political movement succeed, the sanctuary cities and states would be seen as leaders and supporters in this fight as well.

That is how this country began—in greater, if imperfect, solidarity and subsidiarity, and in a strategic retreat from a government that had become oppressive toward religion. It’s time we return to this perspective, but with a more explicit desire for holiness, so that our “sanctuaries” will truly be more holy. This battle begins in our own hearts and minds first, then our families, then our communities, even as the national fight for authentic liberty justly proceeds.

Call it “the Benedict Option,” as Mr. Dreher and some others do, referring to philosopher Alasdair MacIntyre’s cryptic conclusion in After Virtue. Call it a return to authentic community and culture. Call it whatever you want. But let us proceed without fear, grateful that in His eternal wisdom and mercy, God is removing the false middle ground between belief and unbelief. We don’t celebrate the collapse of a culture, especially when there is the prospect of so many souls and lives being lost. Indeed, too many have been lost already. But we still have a responsibility to give joyful witness to the Truth of our Faith. And where sin abounds, grace abounds all the more. Let us act accordingly.