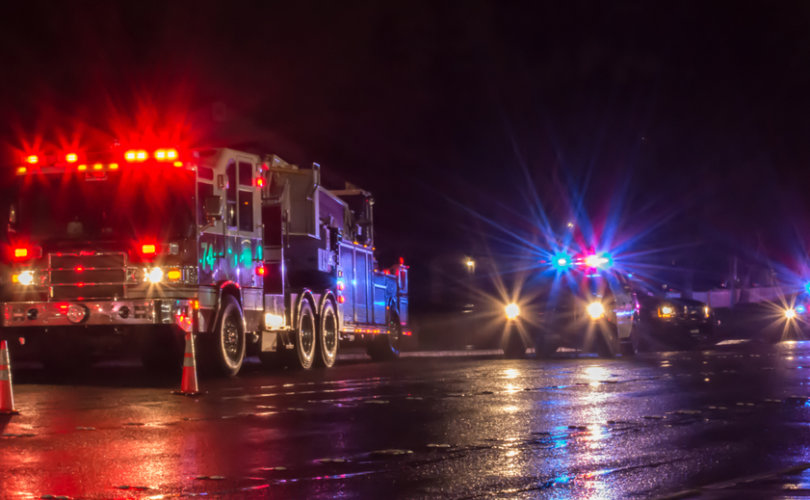 January 16, 2020 (LifeSiteNews) – In the summer of 2009, Patricia Blair was driving home from shopping with her husband and children when a reckless 22-year-old woman named Kelly Cook veered into their lane of travel, striking Mrs. Blair’s minivan head-on. Her husband suffered permanent injuries from broken bones, and Patricia’s back was broken. But much worse, Patricia was six-months pregnant with twins, and when she woke up in the hospital she was told both had been killed.

In most states, the offender could be charged with homicide. But not in Vermont, where all efforts to afford such protections to pregnant women have been callously resisted by extremist abortion “rights” activists. Vermont’s Supreme Court specifically highlighted this shortcoming in the 1989 case of State v Oliver, noting that the responsibility for interpreting the term “person” in the criminal statutes was a “…task that must be accomplished by the legislature.”

The Vermont legislature has no intention of accomplishing that task — quite the contrary. This despite the glaring contrast that doctors in Vermont can be sued for medical malpractice where negligence is averred to have caused fetal death in utero (Vaillancourt v. Medical Center Hospital of Vermont, 1980).

As we have intimated above, it is reasonable and appropriate for a State to decide that, at some point in time another interest, that of health of the mother or that of potential human life, becomes significantly involved. The woman's privacy is no longer sole and any right of privacy she possesses must be measured accordingly. (at p. 159)

What has been particularly dishonest, even vile, in Vermont’s pit-bull justification for the continuing unhindered performance of third-trimester abortions has been the absurd pretense that it is “protecting the Roe decision” from incursions by a Kavanaugh Court. But Vermont has very deliberately negated Roe’s specific recognition of fetal personhood in the third trimester, and an attempted amendment to its zealous H 57 abortion law to recognize fetal personhood was quickly crushed by the progressive majority in 2019. Vermont’s current law is now surpassed in its extremism only by the nation of China.

As I stated in my written (and oral) testimony before the Vermont Senate Committee on Health and Welfare charged with taking (and promptly discarding) public comment on this bill:

In its self-appointed crusade to champion women’s rights, Vermont is uninterested in protecting women from criminal actors who kill their unborn children; reckless in its readiness to extinguish an existing right in malpractice law. But this life in the womb, especially as it approaches the daylight of delivery (where it is safe from arbitrary torture and execution), cannot be ignored, not even by the Vermont legislature. Often, it cannot be ignored by the women who take a life this way, like Nora Leah Nelson McCovey. Vermont has not protected women in response to Oliver in the 30 years elapsed; it has not done a thing since Roe (46 years) to protect “fetal life after viability,” something that even secular North Korea, Russia, and France (waiting period also) do. This is not about religion — it is about being civilized, regardless of religion.

Following my testimony, Patricia Blair addressed the same group of callous bureaucrats, a trip she has made in futility many times for nearly a decade.

This disrespected mother stood by as the unrepentant killer of her children was sentenced to 30 months to 20 years in prison — and released after serving 13 months, despite pre-sentencing probation violations which led the prosecutor “…to argue against any kind of probationary or deterred sentence.”

Vermont has gone too far. The shallow abuse of “women’s rights” to deprive pregnant women of the most fundamental of legal protections has grown stale, and the public is catching on to just how extremist are these faux-defenders. Efforts have been made to lie about these “procedures,” but they have failed.

It is time for the pendulum to swing back in the Vermont legislature, in the direction of justice. Barbarism and dishonesty have held sway far too long, and Vermonters must stand and vote in 2020 if their pregnant women and unborn children are to have the barest of shields from criminals. Vermont is in the throes of an opioid crisis, where substance abusers are afforded rights (and free suboxone and methadone) but babies may be killed with impunity — Kelly Cook was in possession of narcotics at the scene of the crash.

First, my heart goes out to the Blair family,” said Rep. Rachel Weston, a Burlington Democrat, who opposes the Illuzzi bill. “Violent crimes against pregnant women are a real problem, but I don't think fetal personhood put forth in this bill is the answer. There can be unintended consequences both for women's health and fetal health.

Vermont’s Attorney General has brought suit claiming healthcare workers who refuse to participate in abortion “procedures” are unfit to care for their patients. And a recent record request to discover his office’s connections with Planned Parenthood revealed that there are more than 3,000 emails between the Vermont Attorney General’s Office and Planned Parenthood — but it will cost $7,232 to obtain them.

When he signed H 57 in 2019, RINO Governor Phil Scott hid behind the pathetic ruse that he deferred to the doctor and patient to decide when to perform even third-trimester abortions, but avoided consideration of fetal homicide in the bargain. Obviously, a doctor and patient do not decide whether a criminal will be charged for killing an unborn child, deliberately (domestic violence cases) or with gross negligence.

Patricia Blair would like the nation to know what she has suffered. When Vermont finally grants protections — and justice — to women who suffer the horrific loss such as she has endured, Patricia asks that the bill be named “Kaleb and Harley’s law.”

We hear you, Patricia.