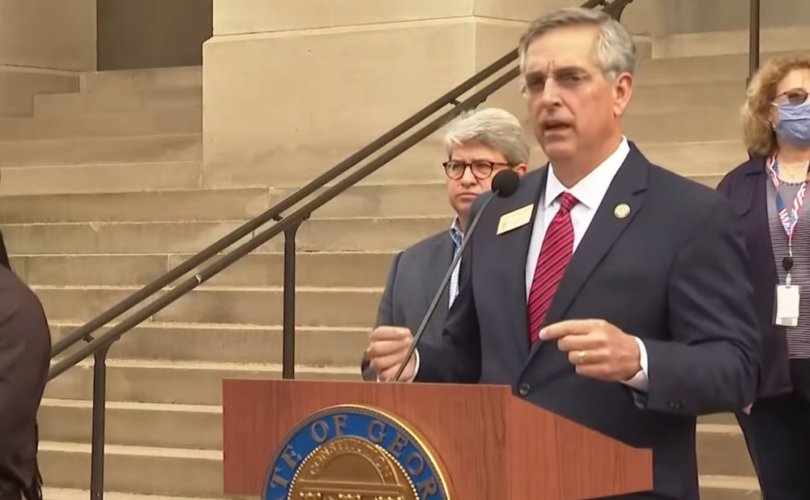 (American Thinker) — America is experiencing a seismic population shift, and progressive states are leaking people, companies, and revenue faster than our porous borders can replenish them. The recent 2020 Census showed population gains in predominantly conservative constituencies and losses in progressive blue constituencies, but that doesn’t begin to tell the whole story. A follow-up study by the Census Bureau showed population undercounts in five conservative states and overcounts in six progressive states. The shift is likely greater than official numbers and the miscalculation has cost conservative states representation in government.

Have you read conservative headlines boasting of an inbound red tsunami that is barreling toward the Atlantic Coast? It’s scheduled to land sometime in early November, they say. Look at our registration numbers, they say. If the primaries are any indicator of what we can expect in the Fall, it will probably look a lot like what we historically see in mid-term elections. The minority party will become the majority party, but results will fall short of projections and the press will sing the lamentations of unmet expectations or the praises of moral victories.

State and national Republican parties have been quick to take victory laps and chalk recent population and registration gains up to party-led recruitment efforts. The reality is that burdensome progressive policy has been the best recruitment tool for conservative constituencies, and the Republican parties are just beneficiaries as the de facto alternative to the insanity. Given the short memory of the American voter, it remains to be seen whether this migration will become a net positive or negative for red America, and whether newcomers will default to the voting habits that led them to flee in the first place. One thing is for sure, as progressives migrate to freer climes, they’re bringing their horrible electoral schemes with them.

After early Spring primaries, conservatives in nine states such as Georgia and South Carolina are calling to close their primaries to only those registered for their party.  Sixteen red states currently hold open primaries, while that number drops to only five blue states. Given the somewhat inexplicable reelection of unpopular candidates like Georgia Secretary of State Brad Raffensperger, critics may have a point. Some estimates show as many as eighty-five thousand Democrats requested a Republican ballot in Georgia’s recent primary. This number is hard to nail down since no party affiliation is required in Georgia’s primary.

While this number wasn’t enough to overcome the difference in Raffensperger’s margin of victory, it was likely enough to prevent him from getting into a runoff. In an off-presidential year where Stacy Abrams was uncontested for the Democrat Party’s gubernatorial nomination, it makes good sense for Democrats to cross over and get to choose Abrams’s opponent. Unfortunately, merely closing up the primaries is not a solution to this problem.

Establishment Republican blocs have enjoyed a measure of success by harnessing the party-crossing strategy. This was certainly the case in Idaho’s recent primary where Democrats actively promoted re-registering as Republicans and establishment Republicans courted them. Official fact-checks of party registration changes by the liberal press looked at a narrow window between January and April of 2022 to dismiss critics and suggest that only about ten thousand Democrats crossed over to vote in the Republican Primary. However, in Idaho, unaffiliated voters can affiliate with a party up to and on Election Day. A combination of Democrats in addition to unaffiliated voters is likely the difference in many races.

A broader look at Idaho party registrations between November of 2020 and just after the Primary in May 2022 shows a much larger discrepancy than advertised, with -12,000 Democrat registrations, -46,000 unaffiliated registrations, and +46,000 Republican registrations. The Secretary of State’s website is unclear if any delay in reporting exists, but it should be noted that the largest changes in reported registration came between May and June during the primary. This registration shift of as few as 19,000 and as many as 46,000 voters is more than enough to have determined the outcome in many major local and state-level races.

— Article continues below Petition —
URGENT: DEMAND Merrick Garland Protect D.C. From Pro-Abortionists Planning JAIL TIME This Saturday at “Rage at the White House”!
Show Petition Text
2087 have signed the petition.
Let's get to 2500!
Thank you for signing this petition!
Add your signature:
Show Petition Text

Open primaries aren’t the only niche election strategies that progressives have exploited. In Alaska, they will be utilizing both an open primary, but also ranked-choice voting for the first time this year. This is a favorite subversive scheme of progressives to give undue preference to marginal candidates. In ranked-choice voting, the voters rank all candidates by order of preference and the ballots are run through rounds until a candidate garners a fifty percent majority of votes. Also known as instant runoff, ranked-choice voting can and often does elevate marginal candidates who were preferred by a stark minority of voters. It is no wonder that as the progressive invasion advances, ideas like this are pushed on a naive conservative electorate.

It is clear that a closed primary is not nearly enough to lock down party elections, especially if there are no limitations on registration such as on the frequency or time between changing party registrations. Some have proposed that the solution to this problem lies in moving the state’s gubernatorial election and the presidential election to the same cycle so that they fall in the same year. In this way, Democrats or unaffiliated voters who wish to have a say in national Democratic representation must vote in their own primaries to ensure that they don’t hold undue influence in parties they don’t align with.

Very few conservatives are lining up to flip blue states red, and Democrats have permanently institutionalized their hold on states like California with schemes like universal mail-in balloting and ballot harvesting.  Should this mass migration end in blue majorities in once red sanctuaries, expect the California playbook to follow and an end to our Republic soon thereafter. As the great progressive exodus advances and companies and dollars follow, it’s important that red states lock down those systems and institutions that made them a worthy destination in the first place. The future of the republic depends on it.

Brian Parsons is a paleoconservative columnist in Idaho, a proud husband and father, and saved by Grace. You can follow him at WithdrawConsent.org or find his opinion columns at the American Thinker, in the Idaho State Journal, or in other regional publications.  Email | Gab

Reprinted with permission by American Thinker.