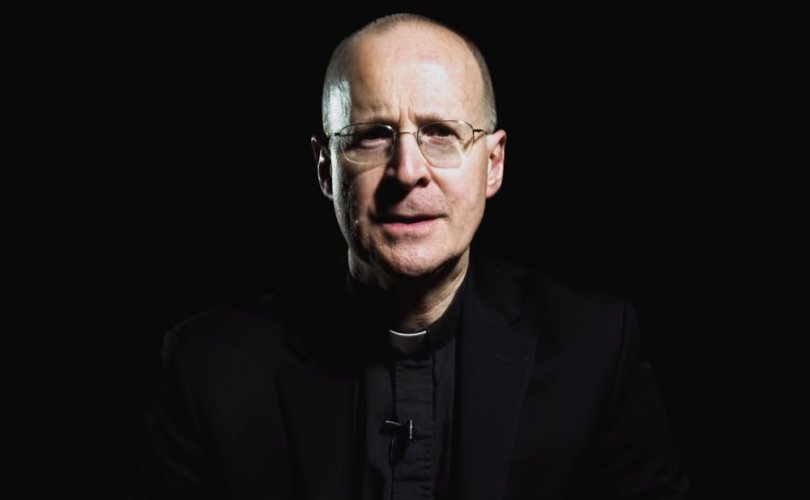 September 29, 2020 (Sons of St. Joseph) — From October 9–10, 2020, at their Jesuit Retreat Center located in Parma, Ohio, (Diocese of Cleveland) the Society of Jesus will host an LGBTQ retreat called “Emmaus 2020: A Time for Healing: Ourselves and the World.” According to the Center’s website: “EMMAUS 2020 is the twenty-first annual retreat for LGBTQ Christians at Jesuit Retreat Center.” The retreat will be facilitated by Sister Marian Durkin, C.S.A. — a member of the Sisters of Charity of St. Augustine; Durkin also serves on the Leadership Team of her religious order; they are headquartered in the Diocese of Cleveland. In 2019, Durkin was interviewed about Pope Francis and her ministry to the LGBT community:

“I appreciate Pope Francis’ compassionate look at homosexuality in the church…There are gay men in the priesthood, there always have been. And they serve God’s people with great integrity and love.”

“I’m delighted whenever there’s good press about gays and lesbians…Francis is a breath of fresh air.”

The “Guest Speakers” at the retreat will include: Rachel Drotar — the program coordinator for the Sisters of Charity “Generative Spirit” initiative; the Reverend Adrienne Koch — an Episcopal priest at Trinity Cathedral in Cleveland; and the Reverend Christopher Decatur — the “Priest-in-Charge” of St. Luke’s Episcopal Church in Cleveland.

In 2020, Adrienne Koch published an article entitled: “God Made the Rainbow.” She wrote: “My Christian imagination can’t separate the rainbow flag billowing in the wind of a downtown hair salon from the story of Noah because I am a gay priest. I am both a lover of god and a lover of another woman. Whenever I see a rainbow, I remember god’s promise not to destroy me. That’s the fear isn’t it? When you’re a cradle Christian, a curious agnostic burned by a judgmental religion…if you stand proudly under the flag of the LGBTQ+ nation, somewhere along the way you heard the church teach that god erases mistakes like you. Why would you trust that god?”

Christopher Decatur was raised a Catholic; he was encouraged by a Catholic priest to speak to a gay female Episcopal priest concerning his vocation to the priesthood. He said: “I am openly gay, and I struggled with the aspect of having to deny a part of me…I was looking for a community where I can be 100 percent myself, and where all are welcome without exceptions.”

The Society of Jesus has a long history of gay-affirmation and LGBT activism. Probably beginning in the 1970s with the controversial writings of gay Jesuit priest John J. McNeill and culminating with the widespread approbation, within the highest echelons of the Catholic Church, for James Martin, the Jesuits host LGBT ministries at almost all of their local parishes and at their universities throughout the US. The most notable include those in San Francisco, Seattle, and New York. In 2018, the Jesuits hosted another pro-LGBT retreat at the Jesuit Center for Spiritual Growth located in Wernersville, Pennsylvania.

The Diocese of Cleveland hosts their own gay-affirmative ministry — “Gay & Lesbian Family Ministry.” From one of the publications promoted by the Ministry:

As Robert Nugent has stated in his article, “Homosexual Rights and the Catholic Community,” (Doctrine and Life 44 (1994): 166) “From contemporary research in the development of sexual identity, sexual orientation seems to be discovered rather than chosen…”

In 2016, James Martin accepted the “Bridge Building Award” from Gramick and New Ways Ministry; his address at the awards ceremony formed the basis for his best-seller “Building a Bridge: How the Catholic Church and the LGBT Community Can Enter into a Relationship of Respect, Compassion, and Sensitivity.”

Published with permission from Sons of St. Joseph.