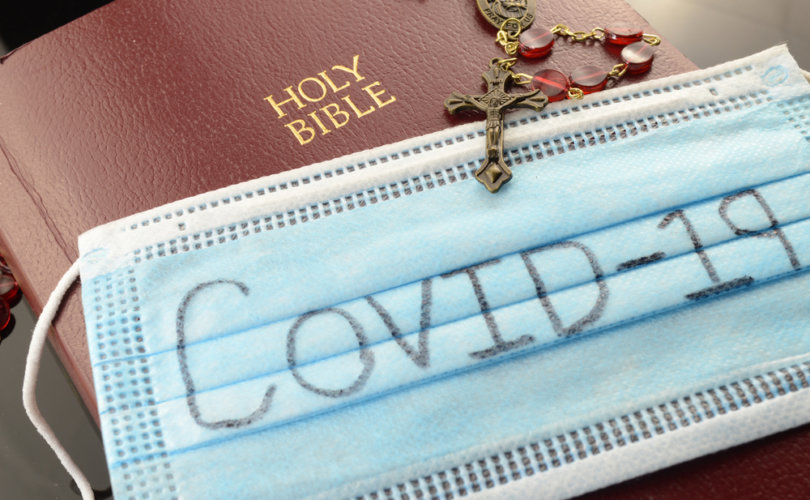 ALBERTA, Canada, (LifeSiteNews) – This time last year I wrote about how lockdowns enacted by government overlords should not get in the way of spending time with your family. I had many people tell me that my words were a comfort to them.

To be honest, when I wrote that opinion piece last year, I feared that Canadians would still be in COVID lockdowns a year later. The pessimist and journalist in me has a knack for reading between the lines of government messaging, so as soon as I heard about the Omicron variant and all the scaremongering that ensued, I knew that it would only be days before we were told by our slave masters that our freedoms would be further whittled away.

Lockdowns it seems always come before one of the holiest times of the year, that being Christmas and Easter.

And I was right. Every province in Canada has enacted new lockdowns citing the omicron variant, which appears to be a milder version of the virus, just in time for Christmas. It also looks like most omicron variant cases are in those who have had the jabs, according to the US Centre for Disease Control.

In Alberta, our benevolent (I say this very sarcastically) Premier Jason Kenney has allowed for those without the experimental COVID jabs to gather, although in small numbers only. What a nice Scrooge he is. Is he expecting the vaccine–free to give him a prize? Maybe some Christmas pudding?

His gesture no doubt has more to do with political gain than caring about the very people he has treated, to put it bluntly, like trash and second-class citizens for the last year.

The reality is, nobody cares, at least nobody that I know, what the government has to say anymore when it comes to gathering restrictions. I know both jabbed and un-jabbed people who are fed up with the constantly changing rules. Many people have simply tuned out.

However, this does not change the fact that what has happened to a group of people, the vaccine free – who by their God-given freedom have decided to not get the COVID injections – is, I would say, the worst attack on a group of people in Canada’s history.

In every province in Canada, there have been mass firings of both public sector and private sector workers who have chosen not to get the COVID jabs. To think this is happening in Canada today should make your stomach turn, and if it doesn’t you are more cold-hearted than the Grinch on one of his bad days.

In my family alone, two of my sisters, my brother-in-law, and my father have all been (or will be soon) essentially forced out of their work simply because they chose to not get the COVID injections. This is deplorable and despicable and is something straight out of the communist USSR. They have families to take care of, and it’s the government who has deemed them to be second-class citizens.

This is just the tip of the iceberg; I have cousins who have lost their jobs as well. I know of doctors and nurses and firefighters who are out of work because they did not want the injections. Even some Catholic priests in Ontario are being kicked out of their parishes.

When I told some of my family from my Mexican side what is going on in Canada, they could not believe it. In sunny Mexico, people are free to live, work, and go where they choose. But not in Canada?

Also, many Catholics and other Christians, and even atheists and agnostics are opposed to the novel medical products because cell lines derived from aborted babies were used either in their development or their testing.

To make matters worse, those who should know better, our Catholic faith leaders, have abandoned it seems a large portion of their flock.

There has been little if any public outcry from Canada’s Catholic Bishops on the outright discrimination being displayed by governments and some businesses against the vaccine free.

Have the Bishops lost their ability to love their neighbour? Have they lost what it means to be a true follower of Christ? Have they been blinded by politics? What the heck is going on here?

Our faith leaders along with the Vatican itself have used the language that taking the abortion tainted COVID shots somehow amounts to loving one’s neighbour. I’m sorry, but this does not fly.

The pro-vaccine faith leaders, it seems, have no problem looking the other way regarding vaccine mandates or the COVID jabs connections to cell lines derived from aborted babies. Well, we know they full out say it’s okay to take them, which is troubling enough.

They look the other way even though vaccine mandates and passports are a failed strategy according to a large body of data.

Do our faith leaders have their heads in the sand and not realize that the COVID jabs used in Canada have been associated with severe side effects such as blood clots, rashes, miscarriages, and even heart attacks in young, healthy men?

I have met and spoken with doctors who have witnessed firsthand the damage these jabs can do. These doctors are now being hunted and persecuted, but truth be told, they have displayed far more of what it means to be a follower of Christ (even if they are not followers themselves) than most clergy members have shown.

I want to point out that in Canada, there are priests and I gather a Bishop or two who do disagree with jab mandates. However, for their very own safety, they cannot speak out, at least not fully. This is sad indeed. Some have been told to weld their mouths shut, others have been threatened that if they speak their mind they will be sent packing on the next stagecoach out of Dodge.

Jesus did not discriminate when he tended to the sick, the sinners, the outcast, the destitute. He was not afraid, and that is the example we all must follow.

We know that COVID has a very high survivability rate, around 99.77 precent overall, and let’s be honest here, it is not the Black Plague!

The government enacting draconian rules and mandates is one thing, but silence from those who should know better and claim to be followers of Christ is unacceptable.

In talking with those who have been impacted by jab mandates, one thing always stands out amongst those who are Catholic. They tell me what hurts the most is that their very own church, their cradle of faith, has abandoned them in their time of need.

This betrayal is real and is shameful.

It is in Christ that we all find our salvation.

Let us all pray this Christmas season for those who are persecuted and for their persecutors. May the Lord shed the light of truth upon those who have hurt the vaccine free, and may he open their eyes so that they might see what they are doing is not what Jesus would have done.