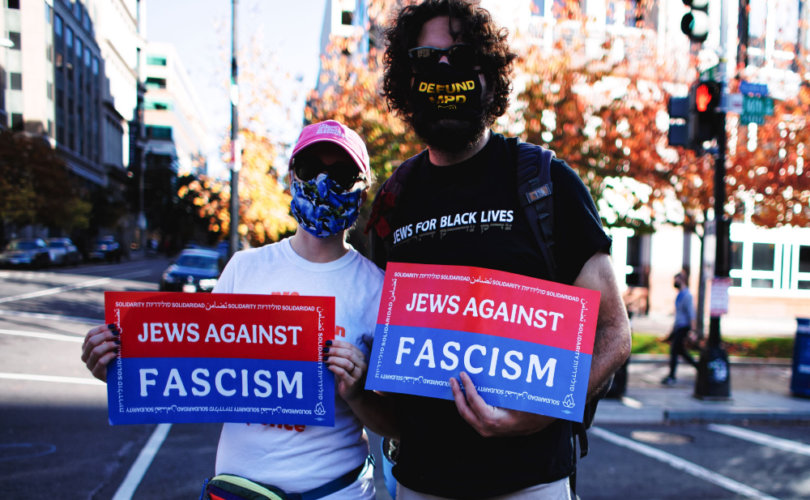 (LifeSiteNews) — In what appears to be a broadly coordinated new strategy to maintain, and now reestablish, unrestricted abortion across the United States, some Jewish groups have decried the recent overturning of Roe vs. Wade as a violation of their religious freedom rights

While speaking as representing a Jewish consensus, which is significantly misleading, some of these groups expressed the belief that a preborn child is part of the mother’s body and is only considered a person once he or she takes their first breath.

The Women’s Rabbinic Network (WRN) released a statement on Friday claiming “Judaism’s most sacred and authoritative texts- do not view a fetus as a soul until it is born. Rather, a fetus is considered part of the parent’s body until delivery.”

“Judaism teaches that life begins not at conception or with a heartbeat but with the first breath,” they continued. “Therefore, forcing someone to carry a pregnancy that they do not want or that endangers their life is a violation of Jewish law because it prioritizes a fetus over the living adult who is pregnant. This must be understood as a violation of the United States Constitution which guarantees our freedom to practice our religion and also our freedom from the dictates of other religions.”

In response, one must ask how the imposition of such an arbitrary criterion for the beginning of human life — the child’s first breath — is not only scientifically absurd but even superstitious.

In other words, contrary to how these Jewish groups frame the issue, the question of when human life begins is not a matter of philosophical presuppositions or theological beliefs; it is a scientific fact just as certain as the law of gravity and the evidence that our planet is round and not flat. When a human egg and human sperm join, a new individual human being with her own unique genetic code and destiny is created.

Furthermore, every human being has human rights, not because the government, Supreme Court, or WRN says so, but because they are human. Human rights coincide with human nature, and the most fundamental human right is the right of every innocent human being to life.

The emergence of this new strategy appears to be related to the May 2 leak of the U.S. Supreme Court draft majority opinion on the Dobbs case indicating the anticipated overturning of Roe vs. Wade, which came to fruition on Friday.

In coordinating the messaging of this new initiative, 140 Jewish organizations, including the Anti-Defamation League, sponsored what they called a “Jewish Rally for Abortion Justice” on May 17 stating “abortion access is a Jewish value” and “banning abortions is a religious freedom issue.”

“And my only question is: Are these people who say these things, whether they believe it in their heart or not, just dissembling?” he rhetorically asked.

Providing a broader angle, well-known Jewish conservative author and radio host Dennis Prager sought to briefly answer the question “Why are Jews on the [political] left?” during a 2013 broadcast on C-SPAN. He explained:

“When Jews left Judaism they stayed religious but the religion that they affirmed tended to be any form of leftism rather than Judaism … They rejected traditional religiosity, and so they accepted a new religiosity which was secular … Jews took a new religion as a substitute for Judaism, and that was, you name it, feminism, environmentalism, Marxism, socialism, and for some even communism.”

Addressing an apparent tendency of these many Jewish groups to incorporate secular ideologies into their religious formulations, Levin went on to tell LifeSiteNews, “These people, these libs, attempt to ape every liberal value, or lack thereof, and try to apply that to Jewish values, which is totally duplicitous. It’s totally untrue.”

After demonstrating that the same penalty for homicide is also applied for feticide in the Jewish scriptures and how this was codified as “operative law,” the New York City rabbi addressed these organizations directly, stating, “You’re free to start your own religion which celebrates the babies you murder by turning lights on buildings, etc., but don’t have the chutzpah, the temerity, to try to call this traditional Torah Judaism, because it certainly is not.”

According to the Pew Research Center, adults who identify as being Jewish make up 2.4% of the adult population in the United States, and 83% of these believe the killing of preborn children should be legal in all or most cases behind only Unitarians, atheists and agnostics.

Though the adoption of this “religious freedom” argument in favor of unrestricted abortion has been a very recent development for these Jewish groups, the use of this same strategy has often been advanced by Satanists in recent years.

Following Friday’s landmark Dobbs decision “The Satanic Temple” reiterated their intention to circumvent resulting restrictions to abortion through a “religious exemption” challenge calling itself “the leading beacon of light in the battle for abortion access.”