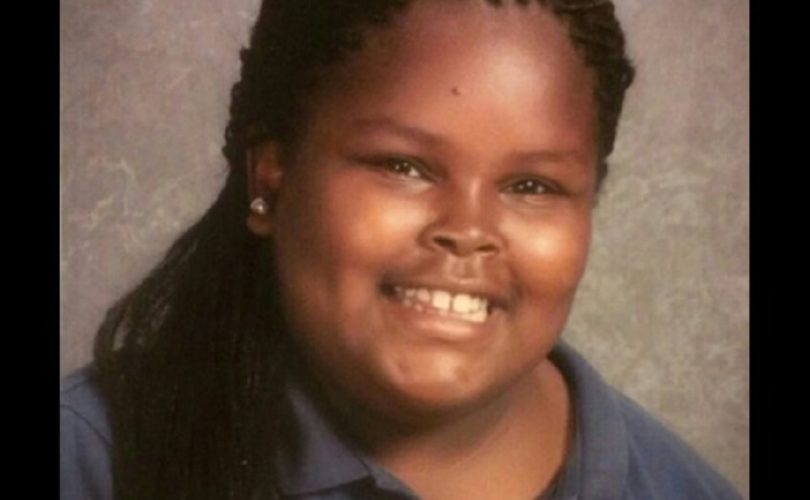 September 7, 2017 (National Review) — This could be one of the biggest bioethics cases since Terri Schiavo.

A judge has ruled that the teenager, declared dead in California, may not be dead. From the East Bay Express story:

Jahi McMath, the Oakland teenager whose brain death case has sparked national debate, may not currently fit the criteria of death as defined by a state law written in conjunction with the medical establishment, a judge wrote in an order Tuesday.

In his ruling, Alameda County Superior Court Judge Stephen Pulido wrote that while the brain death determination in 2013 was made in accordance with medical standards, there remains a question of whether the teenager “satisfies the statutory definition of ‘dead’ under the Uniform Determination of Death Act.”

Bottom line, if she is not brain dead, then by definition, she’s alive. At the very least, there is enough doubt in this case based on Dr. Alan Shewmon’s testimony to induce the judge to issue his ruling:

Pulido heavily cited Dr. Alan Shewmon, who concluded in a court declaration that Jahi doesn’t currently fit the criteria for brain death after reviewing 49 videos of her moving specific fingers and other extremities when given commands to do so.

Shewmon, a professor emeritus of pediatrics and neurology at UCLA, wrote that Jahi “is a living, severely disabled young lady, who currently fulfills neither the standard diagnostic guidelines for brain death nor California’s statutory definition of death.” Shewmon also reviewed an MRI.

Full disclosure. I recently visited Jahi and her mother, along with Bobby Schindler.

That visit reinforced my view, previously written here, that this case demands a much deeper investigation than it has received heretofore, including impartial and thorough renewed medical examinations.

So I am very pleased the case is going forward.

Reprinted with permission from The National Review.