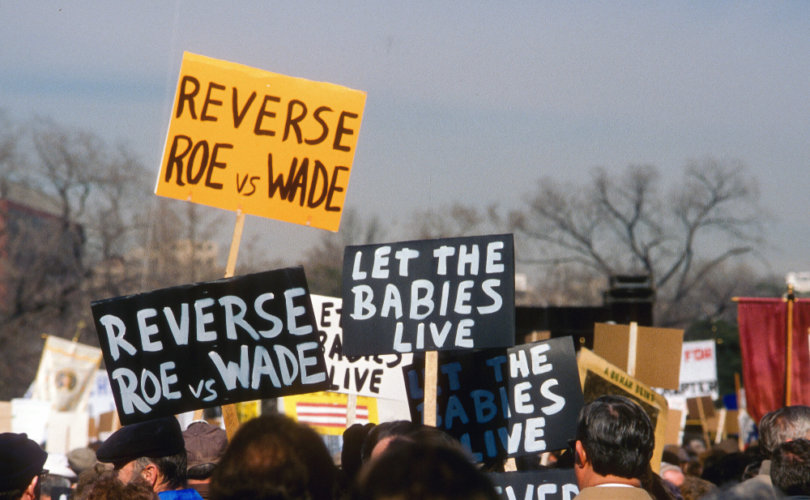 (Catholic Culture) – The disastrous result of Tuesday’s vote in Kansas ­– let’s not sugar-coat it – should prompt sober reflection among pro-life Americans. After celebrating the reversal of the infamous Roe decision, we now face a long, slow, costly, uphill battle in the states.

Kansas has played a historic role in America’s most divisive political battles: from the “Bleeding Kansas” of the 1850s to the “Summer of Mercy” in 1992. (More on that below.) So let’s take an unblinking look at what happened there yesterday, and recognize the magnitude of the defeat.

In a generally conservative state, the voters soundly rejected a constitutional amendment that would merely have affirmed what the Dobbs decision said: that the state has the right to regulate abortion. The proposed amendment would not have restricted abortion; it would only have established that, in principle, abortion could be restricted. Yet nearly 60 percent of the people in this red state rejected the proposal.

How did it happen? Apparently Kansas voters, flooded by an enormous wave of pro-abortion propaganda, decided that this modest measure went too far: that the state should not even open the door to a discussion of any possible limitations on abortion. The voters of Kansas embraced the pro-abortion position – which is the position of the Roe regime, and the position of the 2019 Kansas court decision that the amendment was designed to undo – that the right to unrestricted legal abortion is sacrosanct.

So Kansas has, in effect, ratified the most extreme possible position in favor of abortion. And yet it seems the voters thought – because they had been told so often – that the pro-life position was extreme. How was this possible?

— Article continues below Petition —
DEFEND Mothers and Babies Against Powerful CEOs Paying Female Employees to Abort!
Show Petition Text
5459 have signed the petition.
Let's get to 6000!
Thank you for signing this petition!
Add your signature:
Show Petition Text

Not a level playing field

The first lesson for pro-lifers to learn is that ­– as I observed weeks ago – we are not playing this political game on a level field. One major political party, the Democrats, is now totally committed to pro-abortion extremism, and will expel anyone who suggests a discussion of the issue. The rival Republicans are split on the topic, and even among those who will reliably vote to protect human life, most shy away from discussion of the matter. Think about it: if Group A accuses Group B of extremism, and Group B tries to avoid the topic, aren’t you inclined to believe that Group B is guilty as charged?

But the failure of Republicans to engage in open debate is only a small part of the overall problem. The massive preponderance of pro-abortion sentiment among college faculty members, Hollywood personalities, and major corporate executives – among the most influential opinion leaders in our society – makes it more difficult to convey the pro-life message. The spectacular bias of the mainstream media on this issue was demonstrated conclusively by David Shaw of the Los Angeles Times in 1990, and has only grown more grotesque since that time. And now the Big Tech gatekeepers of the social media, with their “fact-checkers” enforcing the standards of fashionable opinion, bar circulation of inconvenient truths.

Whenever an honest discussion of abortion is allowed – whether it is outside the doors of the clinic, where sidewalk counselors talk with troubled women; or in the pregnancy-help centers, where expectant mothers find alternatives; or even in the chambers of the Supreme Court – the pro-life position advances. Unfortunately, far too often there is no honest discussion.

Our challenge, then, is not merely to win votes but – first – to raise consciousness. We must awaken American public opinion to the reality that every abortion is an unspeakable tragedy. Too often the cautious rhetoric of the pro-life movement suggests that abortion is unnecessary, or unseemly, or unwise, or all of the above. We need to drive home the message that it is unconscionable: that in every “successful” abortion, a baby dies.

Rhetoric alone will not convey that message. If we profess to believe that abortion is the killing of unborn children, but drive placidly by the clinics where the killing takes place, our testimony is unconvincing. We need the witness of committed pro-lifers who act, as morally responsible people ordinarily act, to stop the bloodshed. We need the sidewalk counselors and prayer warriors outside the clinics. And perhaps we need even more heroic witnesses—of a kind the American pro-life movement has had in the past, and now has again.

Action to save lives

What is the largest movement of civil disobedience in U.S. history, measured in terms of the number of participants, or the number of people arrested in demonstrations? When I ask my students that question, most say the civil-rights movement. A good choice, but not the right one. The protests against the Vietnam war? Wrong again. The correct answer is Operation Rescue.

My students, who were born after the heyday of the movement, have heard little or nothing about Operation Rescue; a genteel bias against pro-lifers has kept this story out of history texts. But in one 5-year period spanning the late 1980s and early 1990s, more than 60,000 people risked arrest in peaceful blockades of abortion clinics, and 40,000 actually served time in jail. (I count myself blessed to figure in those statistics.) There were 700 such blockades, in different cities around the U.S., over those years: an average of more than two a week.

The peak of Rescue activism came in August 1992, during the “Summer of Mercy,” in Kansas. During that month more than 2,600 people (including three future Catholic bishops) were arrested in the city of Wichita alone, and in a grand finale before the operation ended, 30,000 people attended a prayer rally to support the pro-life activists.

Operation Rescue was crushed by draconian legislation. The Freedom of Access to Clinics (FACE) law authorized federal prosecution and two-year prison sentences for anyone who sat peacefully at the door to an abortion clinic. (Imagine the outcry if similar penalties were proposed for Black Lives Matter demonstrators.) But the movement served a purpose: it forced apathetic Americans, and even committed pro-lifers, to reckon with the ugly reality of killing children. It was, as I explained in my book on the topic, “A Challenge to the Nation’s Conscience.”

For ordinary political debates, conventional tactics are appropriate: lobbying and speechifying and marches and placards and slogans. But if slaves are being held unjustly as human chattel, isn’t it morally justifiable – perhaps obligatory – to help them escape? If babies are being killed, shouldn’t we intervene? The Book of Proverbs (24:11) exhorts us: “Rescue those who are being taken away to death; hold back those who are stumbling to the slaughter.”

In this short essay I highlight Operation Rescue because for a few years it dominated the stage. But there were other pro-life heroes who embraced the principle of “rescue” before the mass movement took shape. Brent Bozell and Joe Scheidler and John Ryan and John Cavanaugh-O’Keefe and Bishop Austin Vaughan and Joan Andrews Bell and many others took non-violent action, and paid a price, and inspired others.

The tens of thousands of people who risked arrest in “Rescue” blockades made real sacrifices. And in the economy of salvation, all sacrifices produce results; all spiritual investments pay off. I am convinced that the Dobbs decision was, at least in part, a result of the witness borne by thousands of pro-life activists a generation ago.

And now – call it coincidence if you like – the “rescue” movement is reviving, with the “Pink Rose” and “Red Rose” rescues this year Joan Andrews Bell, who was arrested more than 100 times in the 1980s, and spent two years (much of it in solitary confinement) in a Florida prison, is in jail again. The Red Rose rescuers proclaim their determination to “stay in the place of execution in solidarity with their abandoned brothers and sisters performing a non-violent act of defense through their continued presence inside the killing centers, remaining with them for as long as they can.”

Not everyone can make that commitment. But everyone – not just pro-lifers – can recognize that these people are taking action consistent with their beliefs, and their actions force others to take those beliefs seriously. Christians, taking a step further, can recognize that the pro-life activists are making a sacrifice, and that sacrifice will pay dividends for the pro-life cause.

If the dividends accumulate, and the message of the Rescue movement takes root in the American mind, then eventually the pro-life movement will overcome the prejudice and misinformation that led to yesterday’s loss in Kansas. Perhaps other states will enact legislation to provide better protection for unborn children. Ultimately, maybe the Supreme Court will recognize the logic that Justice Clarence Thomas put forward in his concurring opinion in the Dobbs case. If abortion is wrong, it is because it is the deliberate taking of an innocent human life. And if an unborn child is a human person, that person deserves the equal protection of law.