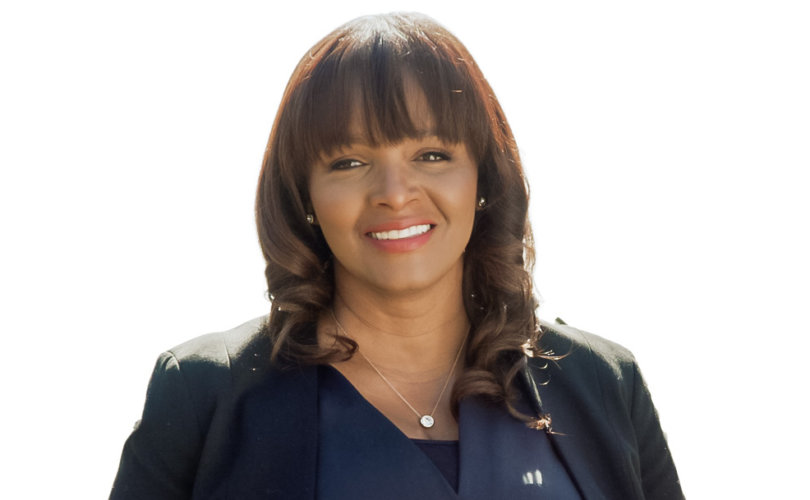 (LifeSiteNews) — Many candidates for political office like to tell voters that they’re different, but when it comes to Kathy Barnette, there may actually be some truth to the statement.

A Republican, Barnette is running for an open U.S. Senate seat in Pennsylvania in a race that’s anticipated to be among the most competitive (and expensive) of the 2022 midterm elections. If she wins, she’ll hold several notable distinctions: Pennsylvania’s first ever female U.S. senator; only the 10th woman ever to have served in both the Military and in Congress; and the first black Republican female U.S. senator in American history.

But Barnette doesn’t allow any of these traits alone to define her. “The color of my skin is the least interesting thing about me,” she told me during a recent one-on-one interview. “I have lived a very full life.”

Born in rural Alabama and raised in a home without insulation or running water, young Kathy learned the harsh realities of poverty early on in life. “I grew up in dire poverty, and yet, by the grace of God, I was able to carve out a life for myself,” she expressed with pride but also humility. “It is my lived experience.”

Her mother, Mamie Jo, who was only eleven years old when she became pregnant, was a victim of rape, the gravity of which Barnette did not fully grasp until later on in life when she sought out her birth certificate to register for the Army Reserves, where she served for ten years.

Nonetheless, the circumstances surrounding her conception have played a monumental role in the development of Barnette’s own sense of personhood. “I did not become ardently pro-life because I inherited it from my grandparents,” she explained, “I arrived at this point of being very strong in my support of life because it’s a part of my own personal journey, and to deny that life in the womb would be in large part to deny myself, to have self-hate.”

Though not always easy to talk about, Barnette has made a habit of sharing her story with others — even those who identify as “pro-choice” — and while she has yet, to her knowledge, to convince anyone to make a full, on-the-spot jump to pro-life after just one conversation, she has picked up on a new willingness from many of those individuals to at least reassess their priorities and, in some cases, walk away from the exchange sounding more like a conservative than even they would have expected, including with respect to issues beyond life.

“I think that sometimes, as pro-lifers, we believe we have to convert people right on the spot, but life is more complicated than that,” Barnette told me. “By the power of telling our stories and my story, specifically — because that’s the kind of culture in which we live in now, one that responds to stories that are told convincingly — people begin to reprioritize.

Likewise, Barnette expressed optimism about the apparent willingness of the Supreme Court to revisit life as a legal/constitutional matter in its current term.

“Our country does not exist when one side gets to tell the other to shut up and go somewhere and sit down,” she said, “so I am very grateful that we are beginning to have a conversation again about a topic that is very important, and I am hopeful that our side will take to the streets, take to the airwaves, and begin to use our voice and begin to speak loudly for these little people.”

But an area in which she expressed less optimism, at least for the short-term, is the COVID crisis, or, more specifically, the ongoing government response to it.

Upon looking back on the last year and a half, and comparing where we are today to where we were before unconstitutional lockdowns, mandates, and mass government interference into the daily lives of Americans took our country by storm, Barnette summed up how we got to this point with one simple word: “Democrats.”

“Democrats took office, and they want absolute control — to federalize our entire lives,” she warned.

This is most clearly evident in terms of the onslaught of vaccine mandates at both the federal and state levels, Barnette argued, expressing concern about what they could mean for Americans’ religious freedoms going forward.

“If we allow them to force the American people to go against their own conscience, to violate their own freedom of religion, because, for some, not taking the vaccine is a personal, faith-based conviction, this will just be a precursor to other things,” Barnette predicted. “And yet they’re saying shut up, sit down, we don’t care what you think, do what you’re told. And our country doesn’t work that way. So as a senator, I will make sure that that is understood. I will make sure that the voice of the American people is represented.”

But Barnette also cautioned that COVID-19 is no laughing matter.

“You’ll never hear me say that this virus is not serious — this virus is very serious,” she said, “but when you look at the mortality rate for children 20 years and younger, it is 0.008 percent. So why are we forcing our children to wear masks? Why is Gov. Wolf [of Pennsylvania] now saying that the mask mandates will continue until children take the vaccine? Why would we force upon our healthy children an experimental vaccine?”

She was also forthcoming about her desire to see the Republican Party continue to pursue broadening its appeal to black and minority communities in order to sustain electoral success in the future. However, she sees only one clear path forward in doing so: Using the Trump model.

And according to the candidate herself, those issues are not difficult to identify. “Black people want what everybody else wants: We want good jobs, we want good schools, we want safe streets, and just to raise our families,” Barnette said.

As for black conservatives like herself, Kathy Barnette, who authored a book about being black and conservative in modern-day America called Nothing to Lose, Everything to Gain, sees a bright future in the Republican Party and, more broadly, the conservative movement.
“Ours will be a very loud voice,” she foreshadowed, “and I understand the power of the color of my skin, just like my gender, perhaps, in a culture that tries to qualify everything based on what box you fit in. You know, ‘You’re black, so you must be a Democrat.’ Well, I’m black and I’m gonna use my own mind. How about that?”

So this idea — that Kathy Barnette, if successful, could genuinely be a different kind of senator — may not be as far-fetched as one may think it is when applied to a markedly more conventional candidate for the U.S. Senate, or any public office, for that matter.

From our discussion alone, she clearly demonstrated a unique willingness to engage in discussion with a sort of focused candor that escapes most polished politicians (adding to her own believability and credibility as a candidate) and ability to draw from her own experiences that will go a long way in making connections with those she’ll need to win over in order to secure the Republican nomination and compete against the eventual Democratic candidate in the general election next fall.

“I don’t walk into any room begging to be accepted into the American dream,” Kathy Barnette told me as we closed things out, “I am the American dream. This is my country, as well, and I don’t see myself as a visitor.